Amelia Earheart was the first woman ever to circumnavigate the Atlantic Ocean solo. Besides that, Earheart also set several other records and wrote books about her flight experiences. 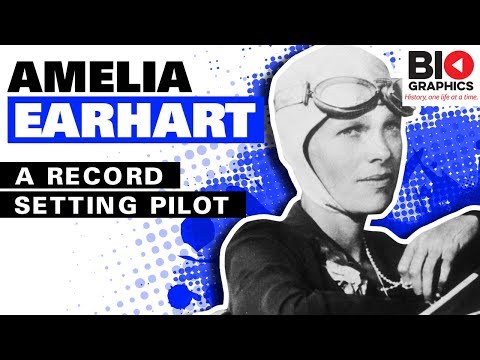 Born in 1897, Earheart was born to Samuel and Amy Earheart. Her parents encouraged Earheart’s passion for adventure and interest in flying throughout her twenties. She was 35 years old when Earheart piloted a Lockheed Vega 5B and flew nonstop across the Atlantic. For this accomplishment,  she received the United States Distinguished Flying Cross, a military decoration awarded by the United States of Armed Forces.

In 1937, during an attempt to circumnavigate the globe together with navigator Fred Noonan, Earheart piloted another Lockheed aircraft and disappeared in Howland Island, somewhere in the Pacific Ocean.

Defy society’s expectations and soar high as you read through some of the most famous and best Amelia Earheart quotes and sayings.

1. “Please know that I am aware of the hazards. I want to do it because I want to do it. Women must try to do things as men have tried. When they fail, their failure must be a challenge to others.”

2. “The most difficult thing is the decision to act, the rest is merely tenacity. The fears are paper tigers. You can do anything you decide to do. You can act to change and control your life; and the procedure, the process is its own reward.”

3. “The more one does and sees and feels, the more one is able to do, and the more genuine may be one’s appreciation of fundamental things like home, and love, and understanding companionship.”

4. “Never interrupt someone doing what you said couldn’t be done.” 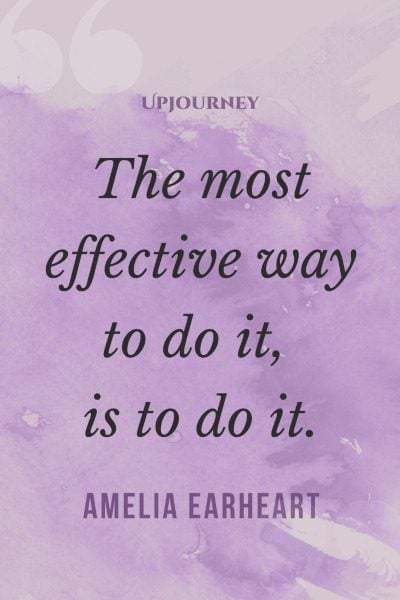 6. “Aviation offered such fun as crossing the continent in planes large and small, trying the whirling rotors of an autogiro, making record flights. With these activities came opportunity to know women everywhere who shared my conviction that there is so much women can do in the modern world and should be permitted to do irrespective of their sex.”

7. “Obviously I faced the possibility of not returning when first I considered going. Once faced and settled there really wasn’t any good reason to refer to it.”

8. “Adventure is worthwhile in itself.”

9. “Women must pay for everything. They do get more glory than men for comparable feats, but, they also get more notoriety when they crash.”

12. “There is so much that must be done in a civilized barbarism like war.”

13. “Women must try to do things as men have tried. When they fail their failure must be but a challenge to others.”

14. “In soloing – as in other activities – it is far easier to start something than it is to finish it.” 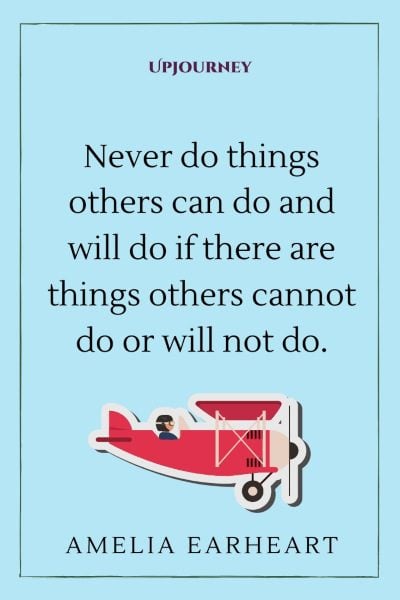 16. “Better do a good deed near at home than go far away to burn incense.”

17. “Aviation, this young modern giant, exemplifies the possible relationship of women and the creations of science. Although women have not taken full advantage of its use and benefits, air travel is as available to them as to men.”

18. “There are two kinds of stones, as everyone knows, one of which rolls.”

19. “Among all the marvels of modern invention, that with which I am most concerned is, of course, air transportation. Flying is perhaps the most dramatic of recent scientific attainment. In the brief span of thirty-odd years, the world has seen an inventor’s dream first materialized by the Wright brothers at Kitty Hawk become an everyday actuality.”

20. “Courage is the price that life exacts for granting peace.”

21. “Mostly, my flying has been solo, but the preparation for it wasn’t. Without my husband’s help and encouragement, I could not have attempted what I have. Ours has been a contented and reasonable partnership, he with his solo jobs and I with mine. But always with work and play together, conducted under a satisfactory system of dual control.”

22. “Flying might not be all plain sailing, but the fun of it is worth the price.”

23. “I have often been asked what I think about at the moment of take-off. Of course, no pilot sits and feels his pulse as he flies. He has to be part of the machine. If he thinks of anything but the task in hand, then trouble is probably just around the corner.”

If you’d like to know more about Amelia Earheart, we recommend you read Amelia Lost: The Life and Disappearance of Amelia Earhart by Candace Fleming.