Arnold Schwarzenegger is an Austria-born Hollywood movie actor, filmmaker, business, author, politician, and former professional bodybuilder. From 2003 to 2011, he served as the 38th Governor of California. 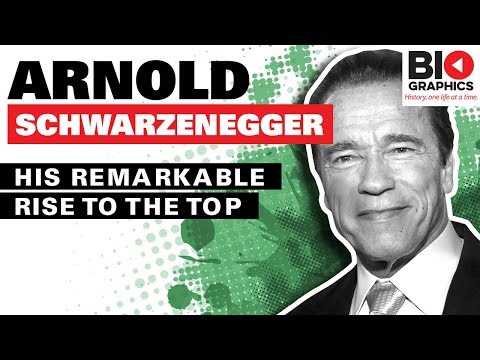 Schwarzenegger was 20 years old when he won the Mr. Universe title. He also won the Mr. Olympia title seven times. His victories rose him to prominence as one of the greatest bodybuilders of all time.

In 1982, he gained worldwide fame as a Hollywood movie actor after starring in Conan the Barbarian. Two years later, Schwarzenegger starred as the title role for James Cameron’s The Terminator. He also appeared in several other successful films like The Running Man, Predator, Total Recall, and Kindergarten Cop.

Here are some of the most notable Arnold Schwarzenegger quotes and sayings that explore his views on fitness, success, life, peace, and many more.

1. “Training gives us an outlet for suppressed energies created by stress and thus tones the spirit just as exercise conditions the body.”

2. “The success I have achieved in bodybuilding, motion pictures, and business would not have been possible without the generosity of the American people and the freedom here to pursue your dreams.”

3. “The best activities for your health are pumping and humping.”

4. “Bodybuilding is much like any other sport. To be successful, you must dedicate yourself 100% to your training, diet and mental approach.” 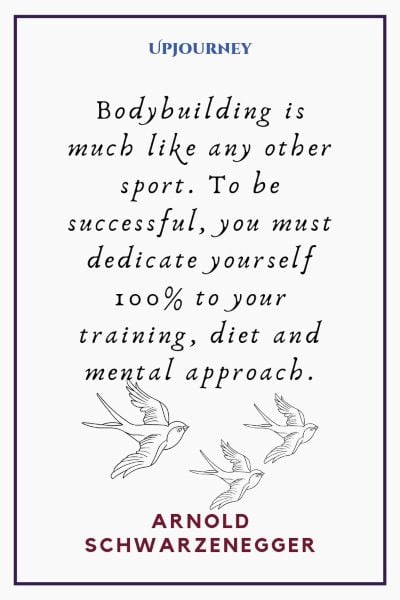 6. “I’m addicted to exercising and I have to do something every day.”

1. “Just remember, you can’t climb the ladder of success with your hands in your pockets.”

2. “If you work hard and play by the rules, this country is truly open to you. You can achieve anything.”

3. “Failure is not an option. Everyone has to succeed.”

4. “My own dreams fortunately came true in this great state. I became Mr. Universe I became a successful businessman. And even though some people say I still speak with a slight accent, I have reached the top of the acting profession.”

5. “Everything I have, my career, my success, my family, I owe to America.” 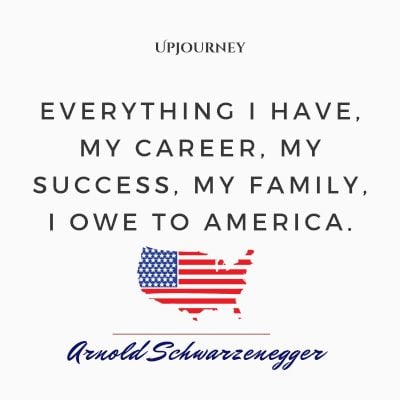 Arnold Schwarzenegger Quotes About His Life

1. “Help others and give something back. I guarantee you will discover that while public service improves the lives and the world around you, its greatest reward is the enrichment and new meaning it will bring your own life.” 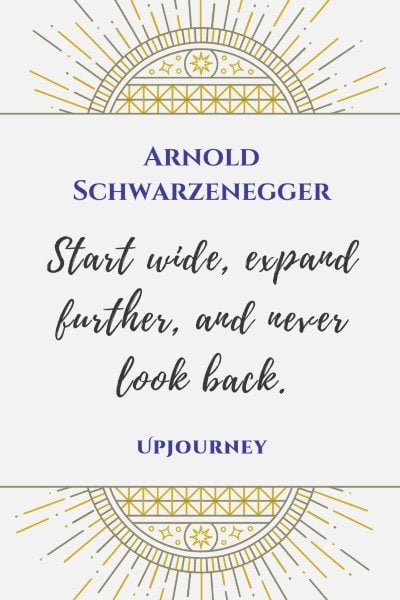 5. “For me life is continuously being hungry. The meaning of life is not simply to exist, to survive, but to move ahead, to go up, to achieve, to conquer.”

6. “I would never exchange my life with anybody else’s.”

1. “I had this child, and it destroyed my family.”

2. “The worst thing I can be is the same as everybody else. I hate that.”

3. “I saw a woman wearing a sweatshirt with Guess on it. I said, Thyroid problem?”

4. “I knew I was a winner back in the late sixties. I knew I was destined for great things. People will say that kind of thinking is totally immodest. I agree. Modesty is not a word that applies to me in any way – I hope it never will.”

5. “Gray Davis can run a dirty campaign better than anyone, but he can’t run a state.” 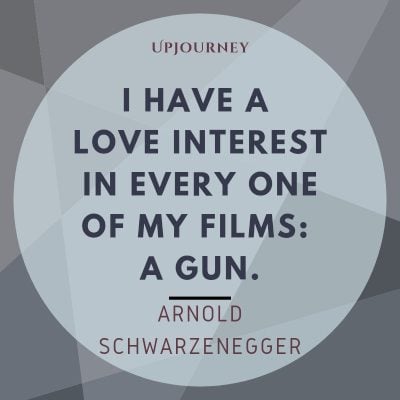 8. “The writing is important, but the way you say the line and the pause you give it, the facial expression – all of that is very important.”

9. “The biggest problem that we have is that California is being run now by special interests. All of the politicians are not anymore making the moves for the people, but for special interests and we have to stop that.”

10. “I welcome and seek your ideas, but do not bring me small ideas; bring me big ideas to match our future.”

12. “And now, of course this is another thing I didn’t count on, that now as the governor of the state of California, I am selling California worldwide. You see that? Selling.”

13. “I think that people are interested seeing me on the screen.”

14. “There is no place, no country, more compassionate more generous more accepting and more welcoming than the United States of America.”

16. “As president, Reagan worked very well with Democrats to do big things. It is true that he worked to reduce the size of government and cut federal taxes and he eliminated many regulations, but he also raised taxes when necessary.” 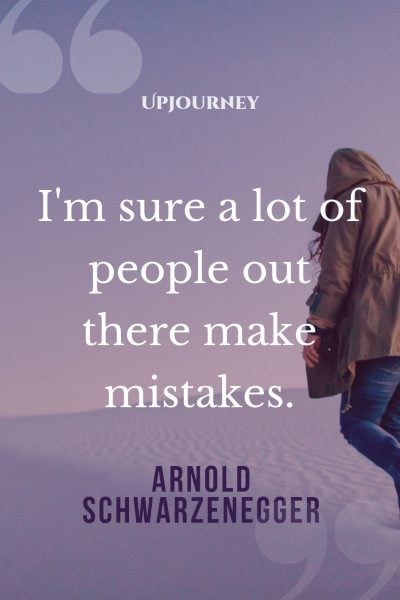 18. “I believe with all my heart that America remains ‘the great idea’ that inspires the world. It is a privilege to be born here. It is an honor to become a citizen here. It is a gift to raise your family here, to vote here, and to live here.”

19. “I didn’t leave bodybuilding until I felt that I had gone as far as I could go. It will be the same with my film career. When I feel the time is right, I will then consider public service. I feel that the highest honor comes from serving people and your country.”

21. “One of my movies was called ‘True Lies.’ It’s what the Democrats should have called their convention.”

23. “Freedom is a right ultimately defended by the sacrifice of America’s servicemen and women.”

26. “I was born in Europe… and I’ve traveled all over the world. I can tell you that there is no place, no country, that is more compassionate, more generous, more accepting, and more welcoming than the United States of America.” 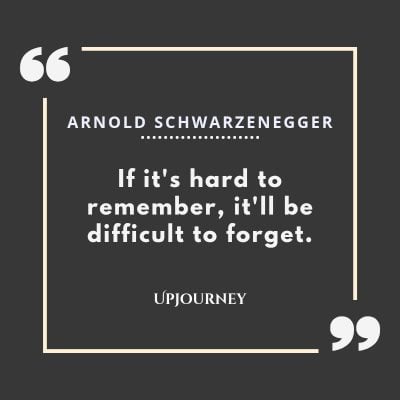 29. “Even with my divorce and with everything, I don’t need money.”

30. “I was striving to be the most muscular man, and it got me into the movies. It got me everything that I have.”

31. “Learned helplessness is the giving-up reaction, the quitting response that follows from the belief that whatever you do doesn’t matter.”

32. “As long as I live, I will never forget that day 21 years ago when I raised my hand and took the oath of citizenship. Do you know how proud I was? I was so proud that I walked around with an American flag around my shoulders all day long.”

33. “Politically there were failures. And also on the personal level, there were tremendous failures.”

34. “As you know, I’m an immigrant. I came over here as an immigrant, and what gave me the opportunities, what made me to be here today, is the open arms of Americans. I have been received. I have been adopted by America.”

35. “To restore the trust of the people, we must reform the way the government operates.”

37. “Political courage is not political suicide.” 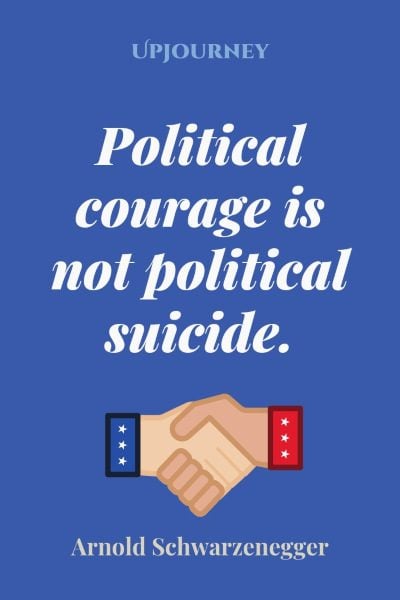 38. “I have inhaled, exhaled everything.”

39. “I have plenty of money, unlike other Hollywood celebrities or athletes that have not invested well.”

40. “When the people become involved in their government, government becomes more accountable, and our society is stronger, more compassionate, and better prepared for the challenges of the future.”

41. “I have a private plane. But I fly commercial when I go to environmental conferences.”

42. “The last three or four reps is what makes the muscle grow. This area of pain divides the champion from someone else who is not a champion. That’s what most people lack, having the guts to go on and just say they’ll go through the pain no matter what happens.”

44. “My relationship to power and authority is that I’m all for it. People need somebody to watch over them. Ninety-five percent of the people in the world need to be told what to do and how to behave.”

45. “I feel good because I believe I have made progress in rebuilding the people’s trust in their government.” 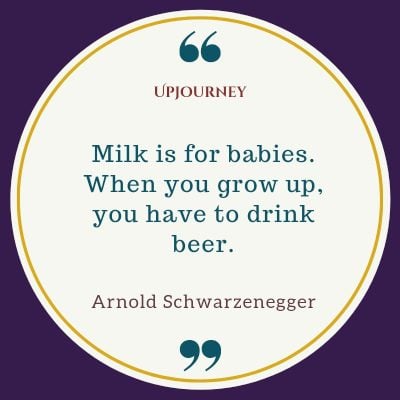 49. “My friend James Cameron and I made three films together – True Lies, The Terminator and Terminator 2. Of course, that was during his early, low-budget, art-house period.”

50. “I can promise you that when I go to Sacramento, I will pump up Sacramento.”

51. “Well, I think that California has had a history of always spending more money than it takes in.”

55. “Strength does not come from winning. Your struggles develop your strengths. When you go through hardships and decide not to surrender, that is strength.”

56. “When you campaign and have to participate in so many debates just to the win the nomination of your party, you’ve had a lot of practice. You get to figure out as you go from one debate to another where you made your mistakes. By the time you get to the big debate you’re pretty polished.” 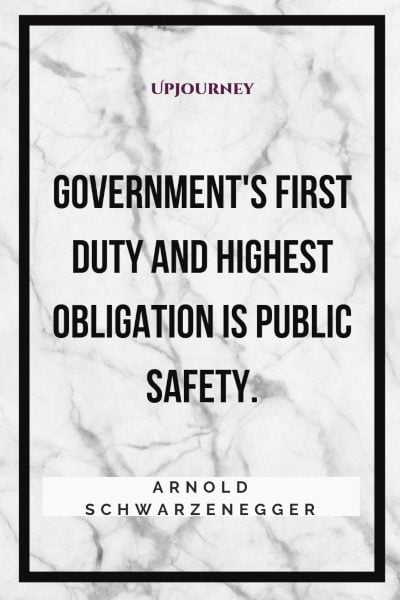 59. “I know a lot of athletes and models are written off as just bodies. I never felt used for my body.”

60. “You can scream at me, call me for a shoot at midnight, keep me waiting for hours – as long as what ends up on the screen is perfect.”

62. “The mind is the limit. As long as the mind can envision the fact that you can do something, you can do it, as long as you really believe 100 percent.”

63. “You know, nothing is more important than education, because nowhere are our stakes higher; our future depends on the quality of education of our children today.”

64. “I just use my muscles as a conversation piece, like someone walking a cheetah down 42nd Street.”

67. “In our society, the women who break down barriers are those who ignore limits.” 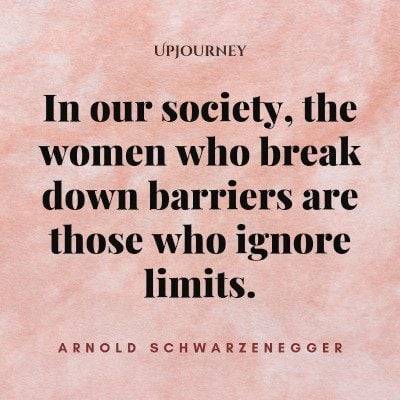 If you’d like to know more about the life of Arnold Schwarzenegger, we suggest you read his autobiography Total Recall: My Unbelievably True Life Story.