Are you having trouble waking up in the morning?

Never sleep through your alarm again with these best alarm clocks, as recommended by people who use them every day.

CEO, From Military To Millionaire 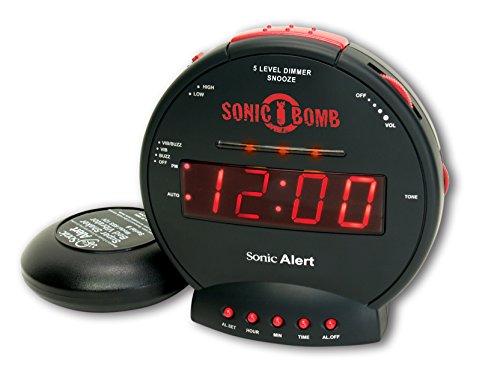 The Sonic Boom Alarm Clock is the best alarm clock I have ever used. The volume on this alarm clock goes up to 113 decibels (louder than a jet flyover at 1,000 feet)! It is, however, adjustable, and I have never needed to turn it up this loud.

The most unique, and effective, attribute about this alarm clock is the “bed-shaker.” This thin, vibrating pad slides under your mattress, and shakes the entire bed when the alarm goes off! As an active duty Marine, who operates a business on the side, I operate on minimal sleep and wake up by 0400 every morning.

Despite this, and being a very heavy sleeper, I have not slept through this alarm once, in over six years of owning it! As if that wasn’t enough, it is quite affordable!

The best alarm clock you can have is your phone

If you already have a smartphone there is no need for an additional alarm clock. Nowadays smartphones have huge batteries, so even if you forget to charge, it will probably have a good percentage of its battery the next morning.

My best advice is to leave your phone out of reach, so you’ll need to stand up and walk to reach your alarm.

This is the best that you can do for an alarm, make yourself work to get to the annoying sound to turn it off. This simple act of leaving your bed will make the act of getting up much easier. All of the smartphones have alarm clocks, so use them and don’t waste money on things that you don’t need. 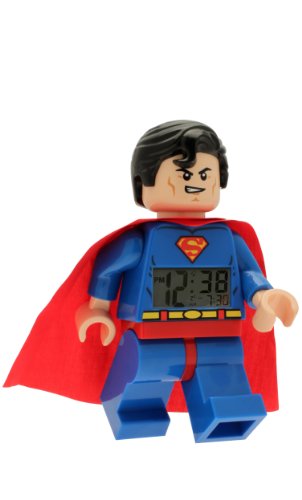 I used to rely heavily on my mobile phone alarm to wake up, but ever since I got a blackberry, I started switching my phone off at night. The constant messages and calls in the middle of the night were damaging my sleeping patterns.

So I invested in a cheap bedside alarm clock which really wasn’t effective, as I am a heavy sleeper. So it was back to my smartphone alarm until I received a gift in the form of a Lego Superman Alarm Clock.

The clock is a replica of the Lego Superman character, cape and all. The timer is digital and its place on his chest. What I love about this clock is its absolutely insane alarm that never stops. It drives me crazy in the morning, which is perfect for getting me out of bed.

To snooze the alarm, I simply press down on Superman’s head, which also activates a cool blue illuminated light that’s handy for seeing the time in the early hours of the morning.

I love my Fitbit devices. They track my steps, workouts, and sleep patterns. They also feature sleep alarms that vibrate on your wrist. Vibrations move from low to high intensity and simulate the feeling you get when someone is gently tapping your arm to wake you up.

You don’t always realize that the alarm has woke you up because the vibrations end quickly. So waking up in the morning at a specific time feels natural. I set a few alarms in the morning just in case I miss any (heavy sleeper here, remember).

I still prefer my Lego Superman Alarm Clock, but my Fitbit Blaze or Versa does the job when I’m away from home.

The best alarm clock I’ve ever used is the basic Dekad model from Ikea – simply because of how effectively it can wake me up. This alarm clock is so insanely loud it can wake up the dead, or at least the dead tired. It’s also pretty good-looking in an old-school, whimsical way.

The only problem I see with it is if you have anyone else in the house, especially a light sleeper, they might have a heart attack and start slowly plotting your demise after a few mornings.

It’s not for the faint of heart as it has the spirit of a demonic school bell, but will get the job done on waking you (and maybe part of the neighborhood) up every time.

I found that my phone is still the best alarm clock but where you position it, is the most important part

I put my alarm on full blast in my bathroom next to my toothbrush and a glass of water. Leave the door open so when it goes off you can’t just roll over and turn it off.

You have to physically get up to turn it off, while you are there, brush your teeth and have a post-it note of an affirmation on the mirror so you can read it over and over will you brush your teeth, then after you rinse and are done… finish it off with drinking the entire cup of water. You will be refreshed and ready to rock after this morning ritual.

As a heavy sleeper myself, I need an alarm clock that leaves no option but to wake up. This alarm clock is a quick and easy fix to oversleeping.

The alarm only has one rhythm, but the pitch can be adjusted so that it rings in your ear at just the right and alarming pitch. The volume can also be adjusted to very quiet to extremely loud (loud enough to be heard in other rooms).

There’s also a bright red light that flashes with it as well, almost giving the effect that a bomb has been dropped and this the signal to take cover. Another feature that is included with this clock is the bed shaker. There is an attachment that comes with the clock that can be plugged in and placed under your pillow or wherever you see fit.

When the alarm goes off, the little pod intensely vibrates to shake you away while your alarm is sounding. This alarm clock was a cheap and easy fix to oversleeping, especially in college. 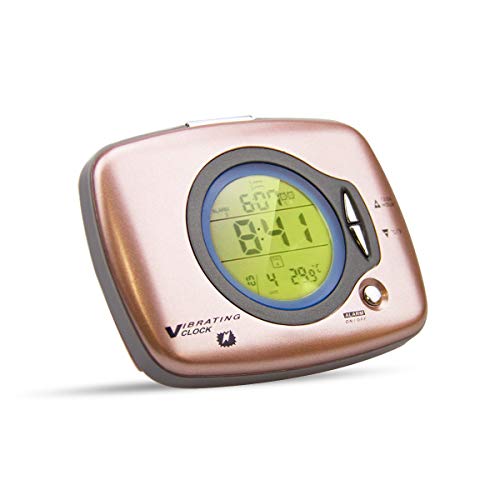 I’m a very heavy sleeper that has been known to not wake up during fire alarms in college. For some reason, sounds don’t wake me up easily. I started using a vibrating alarm clock a few years ago and have never looked back.

The one I currently use is the HONWELL Ultra Thin Pillow Alarm Clock which makes my pillow vibrate when it’s time to wake up. It also has a sound alarm option. It has been a huge game-changer for me. It’s still hard to get out of bed, but now I actually wake up on time.

Secondly, I also use a Google Home to play my favorite playlist every morning. I find it’s easier to get out of bed when the music I like is playing. 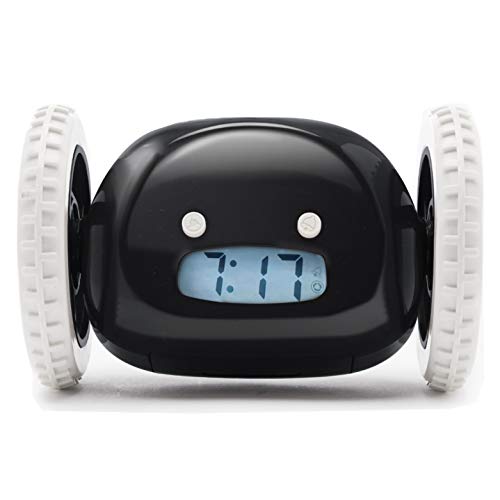 The best alarm clock to wake up heavy sleepers is Clocky!

My 3-year-old has one and it makes him get up each morning. He has so much fun chasing after it to get it to turn off, which wakes him up further.

It is an awesome alarm clock for heavy sleepers that have a hard time getting up in the morning. We are thinking of getting my husband one as well. As a busy mom that has to get to work early, Clocky saves the day! 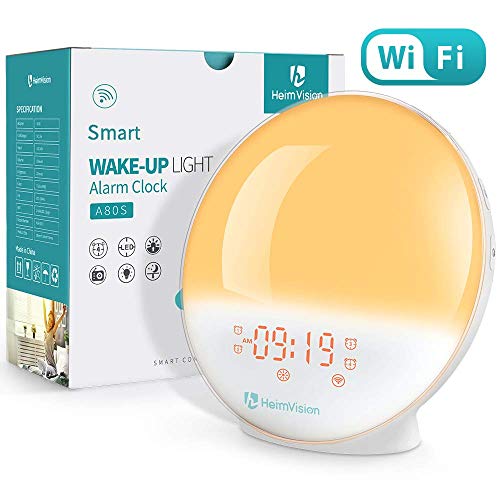 My favorite part of the job is getting the inside scoop on all the best sleep tips/products out there. I’ve always been a heavy sleeper myself so I have a history of regularly changing my alarm sound so it can actually jolt me awake instead of snoozing through it.

Recently, we put together a round-up on wake-up lights, which I had heard of but never used myself. I decided to give it a shot and tried out the HeimVision Sunrise alarm clock as it came highly recommended and I could not believe what a difference it makes!

Just the light alone brightening my room has been so instrumental in helping me gradually wake up in the mornings, but there’s also the option to add a sound alarm. You wouldn’t think the peaceful morning tones would be useful in waking up a heavy sleeper, but paired with the light it works excellently.

Plus, there’s over 20 volume settings and 20 brightness settings, so even the most finicky of heavy sleepers like myself have plenty of options to switch things up. 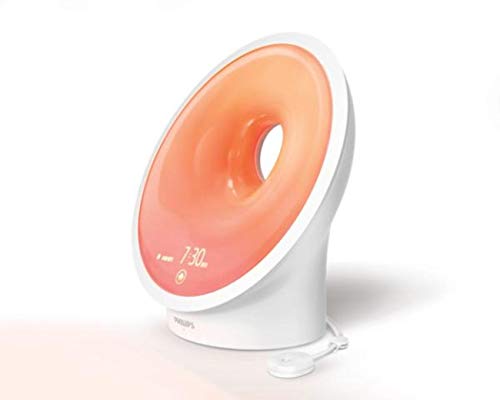 As a consultant, I’m constantly on call for my clients. Therefore, this means burning the midnight oil for some of my campaigns. As my web consultant business is a side-gig, I still need to wake up every morning to attend my day job as a product manager.

The alarm clock that I rely on is the Philips HF2520 Wake-Up LED. What this unique alarm clock does is awesome, it simulates the sun rising by becoming brighter and brighter over a period of time (which you can set with their mobile app). After the maximum time threshold is hit, the alarm will actually go off.

It’s lightweight, app-enabled/controlled (with the alarm scheduler built into the app) and can also charge your mobile phone. It has FM radio capabilities and at least 4 different sun display settings.

If you’re a heavy sleeper (like me), there’s nothing better than having two different stimuli to wake you up, light and sound!

As a mom to a baby, I needed a reliable alarm clock to ensure I wake up on time especially during feeding sessions at night. This alarm clock meets my expectations.

It’s loud, and at the same time, it comes with a built-in powerful bed shaker, which is really very effective to wake up anyone who’s a heavy sleeper.