Constance Elaine Trimmer Willis, known as Connie Willis, is the most award-winning science fiction author of all time.

Willis’ stories and novels feature everyday heroes and gentle humor. Her work is very accessible to female readers as many of her protagonists are typical women, getting through, and triumphing over, challenging situations.

She does an excellent job starting in media res and conveying the inherent chaos of life. Willis especially enjoys writing about time-travel and World War II and referencing classic movies and books.

Willis is also known for writing in a variety of lengths. Here, I will discuss short stories, novellas, and novels.

1. A Letter from the Clearys (Short Story) 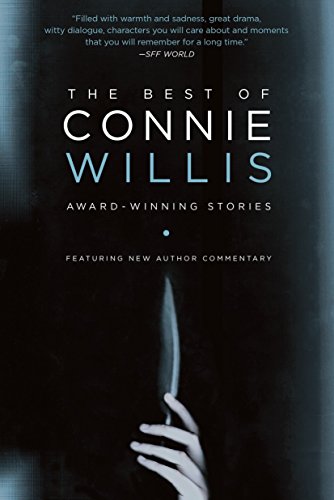 A Letter from the Clearys is an excellent multi-layered 1982 short story in which fourteen-year-old Lynn walks home with her dog after visiting the local post office and finding a letter.

As the story progresses, the reader slowly learns more about the story world and the protagonist’s complex motivations in this political allegory. This story deserves careful reading as every detail and word of dialogue is significant.

This story is available in the short story collections Fire Watch (1984) and The Best of Connie Willis (2013), The Winds of Marble Arch And Other Stories (2007). 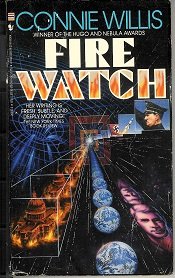 Fire Watch is a 1983 novelette, set in her Oxford University time-traveling historians world. In Willi’s first foray into this world, protagonist Bartholomew goes back in time to protect London’s iconic St. Paul’s Cathedral during the Blitz.

This story is sold separately and available in the short story collections Fire Watch (1984) and The Best of Connie Willis (2013), The Winds of Marble Arch And Other Stories (2007). 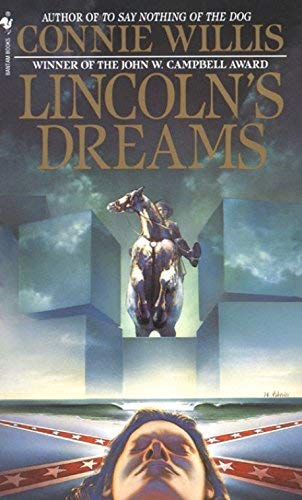 The two of them embark on a quest to understand and dispel them, and along the way, they make some remarkable discoveries.

4. The Last of the Winnebagos (Novella) 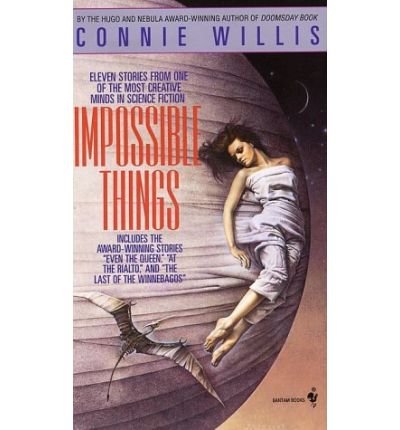 The Last of the Winnebagos (1988) novella is another multi-layered Willis work that deserves close reading.

One of the last photojournalists, David McCombe, is purportedly on a story about the last Winnebago still on the road in a dystopian future. The story is really about the dangers of a pandemic, the even greater danger of unchecked police powers, humanity’s place amongst Earth’s creatures, forgiveness, and redemption.

This story is available in the short story collections Impossible Things (1994), The Best of Connie Willis (2013), The Winds of Marble Arch And Other Stories (2007).

5. At the Rialto (Short Story) 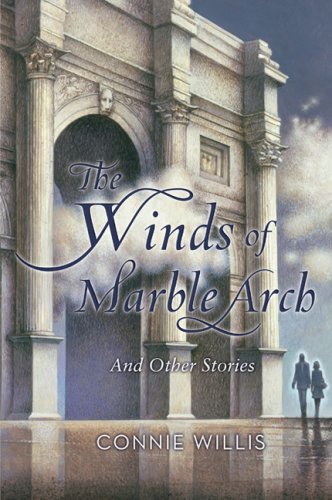 This is one of several Willis stories in which the plot embodies a scientific concept. Scientist Ruth goes to the Hollywood Rialto Hotel for a conference, and things go strangely wrong; she and colleague David flirt and try to unravel the humorous quantum irregularities. The story takes the reader on a fun ride and maybe teaches him or her some quantum mechanics, as well. 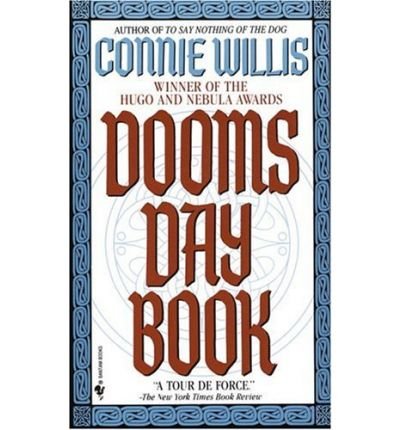 In the midst of a flu epidemic, medieval historian Kivrin Engle travels back to 1348 and gets caught in the Black Death pandemic. Since her 21st-century colleagues are sick, she’s trapped in the past amongst the dying people she’s come to care for—literally and figuratively.

Doomsday Book is Kivrin’s record of her experiences and refers to the historical 1086 Domesday Book, a survey of England. The beautifully-written novel illustrates the indomitable human spirit.

7. Even the Queen (Short Story)

Willis’ 1992 short story Even the Queen is a rare story about menstruation. It’s also an interesting exploration of various strains of feminism. The plot is a discussion of the pros and cons of menstruation when it can be ceased by medication.

8. Death on the Nile (Short Story)

Her 1993 short story Death on the Nile is one of her many homages to other works. In this case, of course, she refers to Agatha Christie’s famous 1937 Hercule Poirot detective mystery of the same name.

In short, here two couples are on a plane headed to Egypt for vacation—or are they? As the story progresses, it becomes unclear if these people are, in fact, alive.

This story is available in the short story collection The Best of Connie Willis (2013). 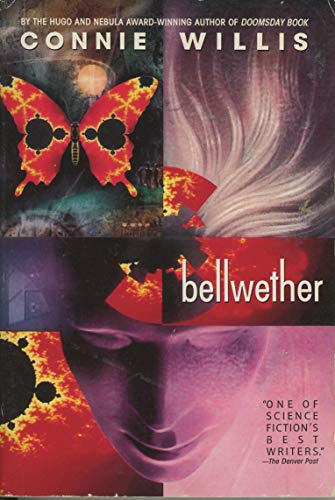 Bellwether (1996) is a fun novel exploring the concept of bellwethers while utilizing a bellwether in the plot. It has some really neat ideas involving chaos theory, statistical prediction.

In a nutshell, protagonist Sandra Foster studies fads at a company in Colorado by experimenting on sheep with her romantic interest Bennet O’Reilly. There’s lots of fun screwball workplace comedy and romance–quintessential Willis. Her unique voice shines through here. 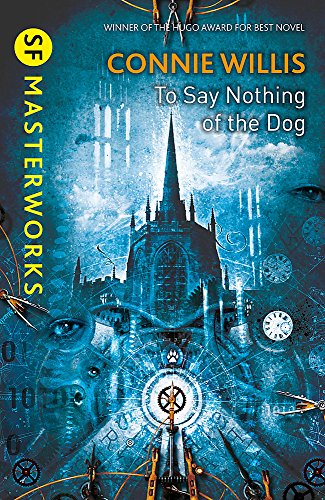 The 1997 SF novel To Say Nothing of the Dog takes place in the same time-travel historian-filled world as her Fire Watch, Doomsday Book, and Blackout/All Clear novels.

This is one of Willis’ most humorous novels in which historian Ned Henry flirts with historian Verity Kindle as they attempt to find an important historical artifact for Coventry Cathedral’s restoration. As with all her time-travel novels, troubles ensue with the tech.

The title is inspired by a book referenced in Robert A. Heinlein’s Have Space Suit–Will Travel, specifically the humorous 1889 Three Men in a Boat, To Say Nothing of the Dog novel by Jerome K. Jerome.

11. The Winds of Marble Arch (Novella)

In the 1999 novella The Winds of Marble Arch, Willis revisits some of her favorite topics, including London and WWII. Academic Tom and his wife are in London for a conference, but he detects strange winds events in the Underground, which bring supernatural knowledge of historical events.

Willis shines when she relates these historical events to the challenges in Tom’s life, such as adultery, divorce, and aging.

The 2005 novella, Inside Job, is a fun story featuring paranormal debunker Rob, his romantic interest Kildy and their adventures with mystic channeler Ariaura.
Willis revisits some of her favorite topics, including life after death, in this pulp fiction parody and homage to journalist H.L. Menken.

This story is sold separately and is available in the short story collections The Best of Connie Willis (2013), The Winds of Marble Arch And Other Stories (2007).

13. All Seated on the Ground (Novella) 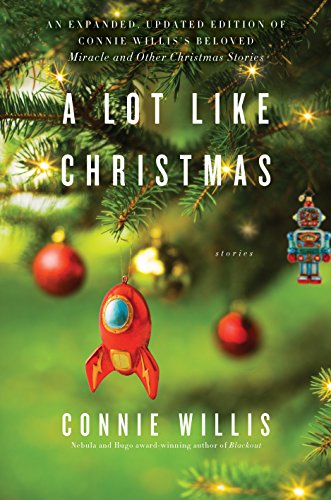 The 2007 novella, All Seated on the Ground, is quintessential Willis. In it, Meg, a seemingly average woman, is the only human who can decipher how to interact with aliens who’ve landed on Earth.

Of course, this happens during the hectic Christmas season and while flirting outrageously with a cute choir director. Fans of Christmas carols, romance, and SF will find it charming.

This story is sold separately and is available in the short story collection A Lot Like Christmas: Stories (2017). 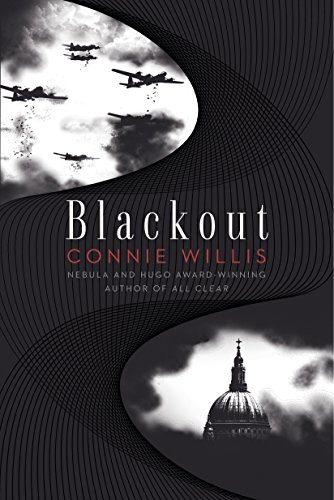 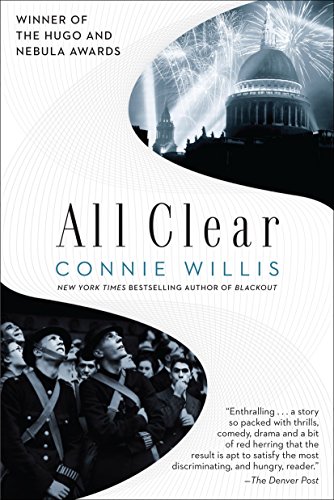 The 2010 time-travel novel Blackout/All Clear, in two volumes and over 1000 pages, is Willis’ longest work. Like all the pieces mentioned here thus far, it won multiple awards.

In it, she makes use of her mid-twenty-first time-traveling Oxford University universe and travels back to WWII—where things go wrong. Willis intends this to be a tribute to ordinary people who were heroes during the war, and it is effective as such.

Unfortunately, this novel is a bit too long to reach her usual level of literary success, in this reader’s opinion.

Willis’ 2017 collection A Lot Like Christmas: Stories, while not as award-winning as other works mentioned here, is a holiday treat.

It contains All Seated on the Ground and eleven other fun speculative holiday stories. I enjoy rereading it every holiday season. If you enjoy holiday fiction, definitely check it out!

Lesley L. Smith, M.F.A, Ph.D., is a physicist at the University of Colorado. Her SF stories have appeared in various venues including Analog Science Fiction and Fact and Daily Science Fiction

She has written nine SF novels, including The Quantum Cop, Conservation of Luck, Temporal Dreams, and Kat Cubed. She's an active member of the Science Fiction/Fantasy Writers of America and a founder and editor of the ezine Electric Spec.