Jewish-American literature is a rich, complex, and poetic tradition.

Beginning as early as the birth of the United States, undergoing a spectacular golden age in the mid to late 20th century, and continuing today with a number of highly successful authors, some of the greatest novels of the western canon were written by American Jews.

Many of these authors participated vibrantly in the mid-20th century aesthetic of modernism and engaged in daring literary innovations. But a novel doesn’t need to be innovative to make this list. It just needs to be excellent.

The novels on this list have the power to change your life. They not only educate Jews and non-Jews alike about Jewish-American culture and identity, but they also have the philosophical weight and sheer thrill of the all world’s greatest books, from any culture.

Without any further ado, here are the best Jewish-American novels. 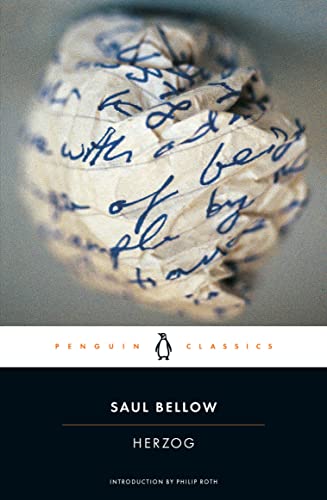 Bellow tells stories about men who attempt to forge their own identities and destinies. Herzog is about a man named Moses Herzog struggling to connect to his family, his lover, his daughter and the world as he falls slowly into insanity.

The novel is told in large part through the many letters he writes, to friends, family, lovers, politicians, academics, and other famous American icons.

The novel is a heavy-hitter—complex, symbolic, dense—but reading it is worth the struggle. It features fascinating and critical analysis of mid-20th-century American society, dramatic emotional stakes, psychological deterioration, love and sex, and soaring prose.

And in the end, Herzog, the modern man besieged by alienation and madness, successfully emerges into the here and now. It’s a journey worth traveling.

2. The Pagan Rabbi and Other Stories – Cynthia Ozick 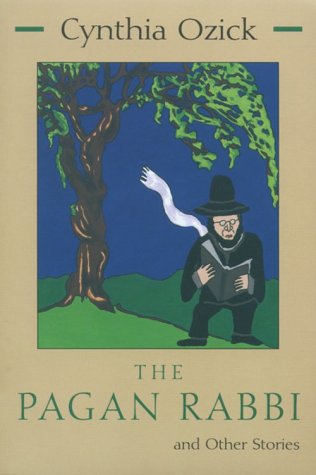 Cynthia Ozick is one of America’s most underrated writers. She’s written several works that deserve mention on this list, but I’m going with her early 1970s short story collection.

The Pagan Rabbi and Other Stories showcase her storytelling verve, literary wit, and complex understanding of Jewish life in America.

Take perhaps the best single story in the collection, “Envy, or Yiddish in America.” “Envy” is a raucous parody of two famous Yiddish writers who lived in America after World War II and their desperate struggle to be translated and be loved.

Through a vivid metaphor for the Jewish process of assimilation, Ozick captures the essence of one of the most essential moments in Jewish-American history in a furiously entertaining and dark story. 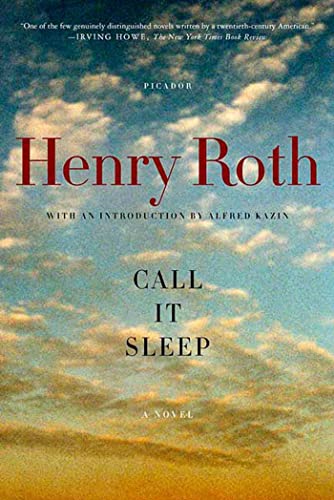 Call It Sleep is the Jewish-American Ulysses. And that praise might even diminish its significance.

Published in 1934, Henry Roth’s novel features the eight-year-old David Schearl and his coming-of-age experiences. He learns the story of why his parents left Poland, forges a friendship with the Polish-Catholic Leo, and begins to study Torah in Hebrew School.

The novel has won increasing critical interest over the years for its vivid portrait of immigrant life in New York’s Lower East Side as well as its dense exploration of Jewish textuality, weaving together the stories of Isaiah and the Passover sacrifice.

By writing a novel in high-modernist, Joycean style, but with Jewish characters and themes, Henry Roth boldly places the Jewish voice and the Jewish body on the high modernist page. With his ambition, he made all the passionate and innovative literature of Saul Bellow and Cynthia Ozick possible. 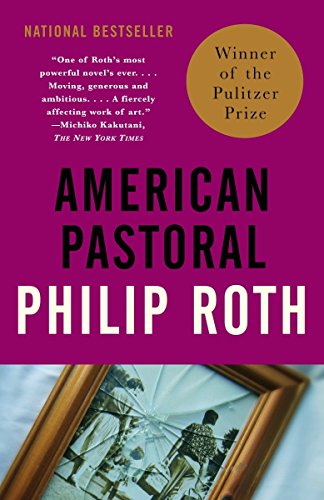 Philip Roth is another author who’s written a half-dozen novels worthy of making an appearance on this list.

While Portnoy’s Complaint and The Human Stain are spectacular in their own right, American Pastoral is the book that covers Roth’s most essential theme: the forces of Jewishness vs. assimilation clashing, and the resulting waves that claim more than a few human lives.

American Pastoral is epic in scope, covering generations in the life of Seymour “The Swede” Levov. The novel is described as a manifestation of the “American berserk,” as the political and social turmoil of the 1960s ruins Levov’s assimilation into conventional upper-middle-class life.

It’s a story especially relevant in today’s political environment, with anti-Semitic incidents on the rise and American Jews increasingly questioning the status quo in Israel as well as their role as allies to African-Americans and POC.

5. Everything Is Illuminated – Jonathan Safran Foer 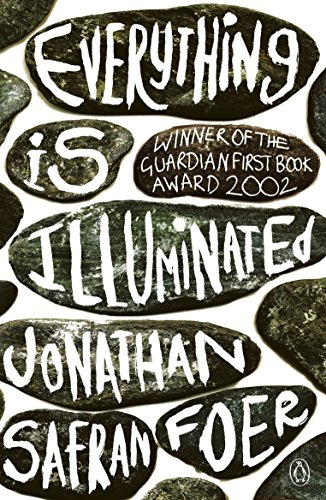 One of the more recent novels on this list, Everything Is Illuminated is also one that will surely make you cry. It has it all: comedy, history, wit, joy, war.

Everything Is Illuminated is an evocative reimagining of the shtetl of the protagonist Jonathan’s grandparents. Jonathan is led through Ukraine by a humorous and enigmatic local guide, Alexander. His mission is to find the woman that saved his grandfather from the Holocaust.

Foer’s novel also features colorful prose that’ll keep your heart skipping along with the story. Perhaps the most moving part of the book is the relationship between Jonathan and Alex.

Alex begins to question his own role as a storyteller and undergoes a remarkable transformation before the reader’s eyes, and ranks among my favorite characters in all of literature. 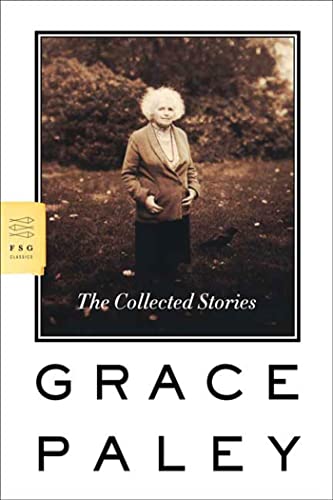 Grace Paley is a spectacular tragi-comic writer of Jewish and American life. Like so many of the authors here, she has too many memorable works to list, so I’m starting with her 1994 Collected Stories, a finalist for the National Book Award.

In it, you can find exactly what makes Grace Paley’s writing special: the combination of hilarious one-liners and passionate insight into the human condition.

Paley accomplishes all this through powerful, little moments, like a conversation about eggs in the kitchen, or a loving moment on the sofa between mother and son. 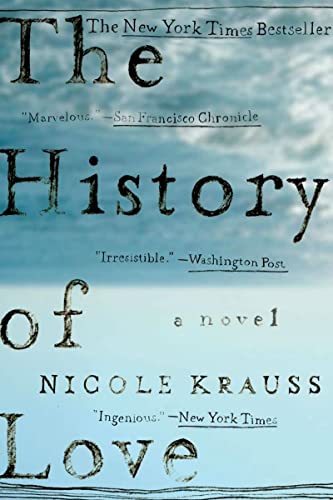 History of Love is a compelling meta-novel, with passages of Leo Gursky’s novel interwoven with his shattered life post-Holocaust and the story of Alma, whose mother is working on translating that same novel.

Nicole Krauss’s work is deeply influenced by many of the other authors on this list—and so if you read hers after, say, Philip Roth and Saul Bellow, it will be all the more enjoyable.

Krauss distill and recreates the Jewish-American literary tradition. But at the core is the focused, lovely story of a girl trying to cure her mother’s loneliness. 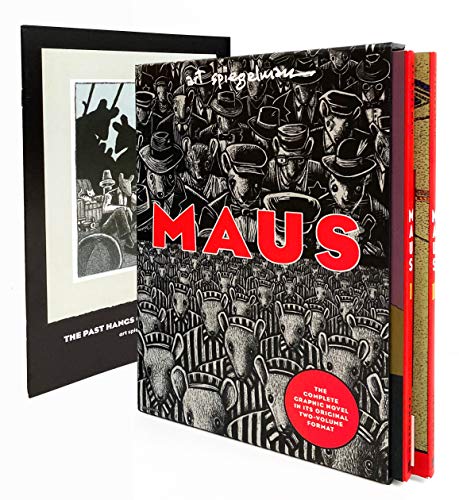 It might seem like cheating to include a graphic novel on the list, but it’s still a novel, and a deeply enjoyable and poignant one, at that.

Maus tells the story of Art Spiegelman as he learns his father’s experiences in the Holocaust and attempts to recreate them, transforming his own relationship with his father in the process. Colorful, beautiful drawings only help the cause. 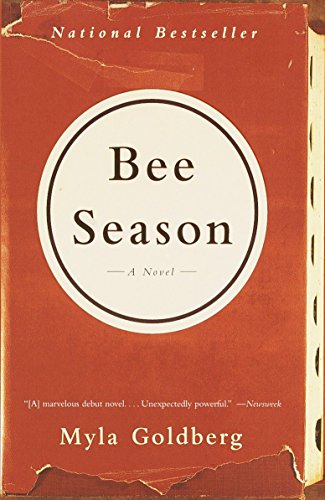 High-school story turned spiritual quest, Myla Goldberg tells a witty and original tale about an unremarkable nine-year old whose spiritual family decides that she is destined for greatness—all because of her knack for spelling.

Who doesn’t love a good spelling bee story? Of course, Goldberg tells more than just the story of a spelling bee by unpacking family dynamics and relationships that will resonate with families of all religions.

10. The Amazing Adventures of Kavalier and Klay – Michael Chabon 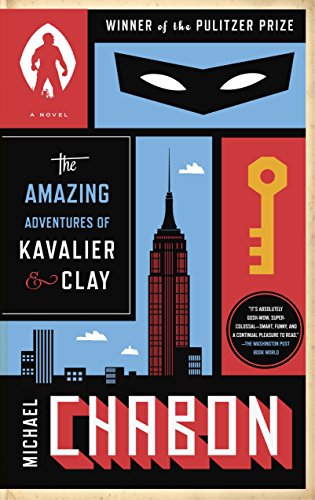 I’m not as big of a fan of Michael Chabon as some other critics, but The Amazing Adventures of Kavalier and Klay is still a fun, fantastic, and masterful novel.

It zips through space, time, and genre as Joe Kavalier and Sammy Klay embark on the American dream—in this story, through the means of superheroes, magic, comics, and art.

Eric Margolis is a writer and translator from Japanese. His work has appeared in Vox, Metropolis Magazine, Eclectica Magazine, The Times of Israel, and more.