William Franklin Graham Jr., publicly known as Billy Graham, was an ordained Southern Baptist minister and a notable evangelical Christian figure who became internationally well-known during the late 1940s. He has also been recognized as “one of the most influential Christian leaders” of the 20th century.

Graham has said that his one purpose in life is to help people have a personal relationship with the Almighty. As a preacher, he held massive indoor and outdoor assemblies with sermons broadcast on television and radio. He has also preached alongside Dr. Martin Luther King Jr. and was particularly close to Dwight Eisenhower and even to Richard Nixon.

He helped shape the worldview of a massive number of people who came from various social backgrounds. As of 2008, Graham’s estimated record number of audience, including television and radio broadcasts, exceeded 2.2 billion. He preached the gospel to more people than anyone in the history of Christianity.

Listed below are some of the most notable Billy Graham quotes and sayings that explores his thoughts and views about life, love, grace, salvation, and more.

1. “Nothing can bring a real sense of security into the home except true love.” 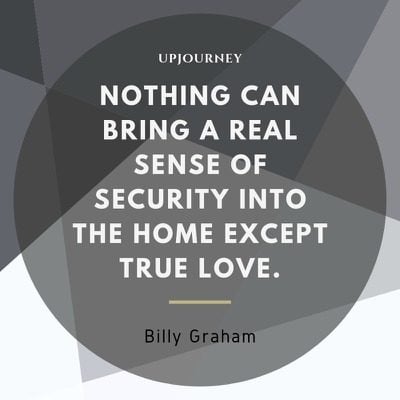 2. “The word ‘romance,’ according to the dictionary, means excitement, adventure, and something extremely real. Romance should last a lifetime.”

3. “The one badge of Christian discipleship is not orthodoxy but love.”

4. “Only the supernatural love of God through changed lives can solve the problems that we face in our world.”

1. “God proved His love on the Cross. When Christ hung, and bled, and died, it was God saying to the world, I love you.”

2. “Being a Christian is more than just an instantaneous conversion – it is a daily process whereby you grow to be more and more like Christ.”

3. “The Christian life is not a constant high. I have my moments of deep discouragement. I have to go to God in prayer with tears in my eyes, and say, O God, forgive me, or Help me.”

4. “God has given us two hands, one to receive with and the other to give with.” 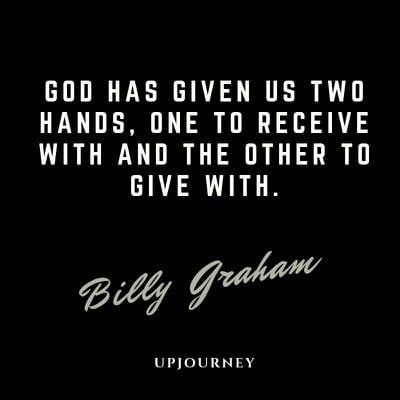 5. “God will prepare everything for our perfect happiness in heaven, and if it takes my dog being there, I believe he’ll be there.”

7. “A real Christian is a person who can give his pet parrot to the town gossip.”

9. “Man has two great spiritual needs. One is for forgiveness. The other is for goodness.”

10. “God is more interested in your future and your relationships than you are.”

1. “Read the Bible. Work hard and honestly. And don’t complain.”

2. “Believers, look up – take courage. The angels are nearer than you think.”

3. “Only God Himself fully appreciates the influence of a Christian mother in the molding of character in her children.”

4. “It is not the body’s posture, but the heart’s attitude that counts when we pray.”

5. “Prayer is simply a two-way conversation between you and God.” 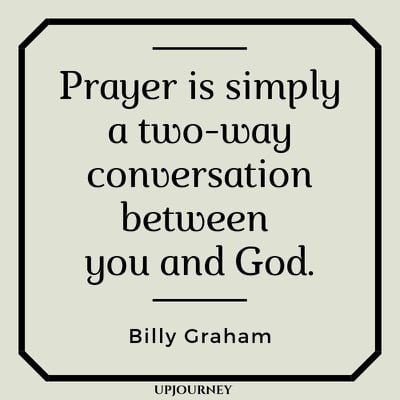 6. “The highest form of worship is the worship of unselfish Christian service. The greatest form of praise is the sound of consecrated feet seeking out the lost and helpless.”

7. “My home is in Heaven. I’m just traveling through this world.”

8. “I’ve read the last page of the Bible. It’s all going to turn out all right.”

9. “The framers of our Constitution meant we were to have freedom of religion, not freedom from religion.”

10. “The only time my prayers are never answered is on the golf course.”

11. “The men who followed Him were unique in their generation. They turned the world upside down because their hearts had been turned right side up. The world has never been the same.”

13. “The most eloquent prayer is the prayer through hands that heal and bless.”

1. “Courage is contagious. When a brave man takes a stand, the spines of others are often stiffened.”

3. “We are not cisterns made for hoarding, we are channels made for sharing.” 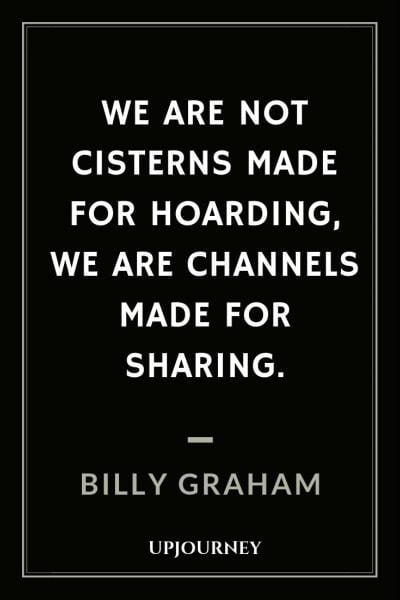 1. “There is nothing wrong with men possessing riches. The wrong comes when riches possess men.”

2. “Everybody has a little bit of Watergate in him.”

3. “Give me five minutes with a person’s checkbook, and I will tell you where their heart is.”

4. “You’re born. You suffer. You die. Fortunately, there’s a loophole.”

5. “Suppose you could gain everything in the whole world and lost your soul. Was it worth it?” 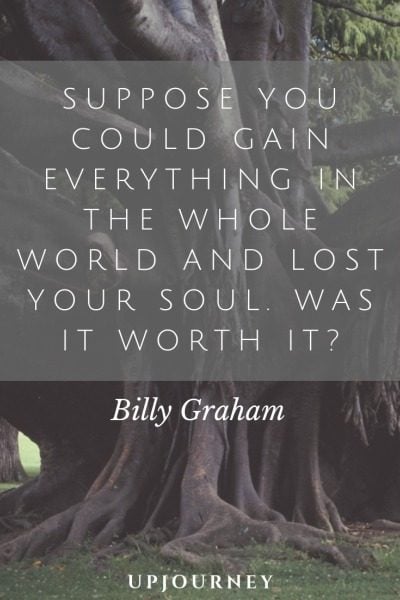 6. “If a person gets his attitude toward money straight, it will help straighten out almost every other area in his life.”

7. “A child who is allowed to be disrespectful to his parents will not have true respect for anyone.”

9. “Only those who want everything done for them are bored.”

10. “Comfort and prosperity have never enriched the world as much as adversity has.”

If you would like to learn more about the writings and preachings of Billy Graham, we would suggest you read his book titled “Where I Am: Heaven, Eternity, and Our Life Beyond.”