Lee Jun-fan, professionally known as Bruce Lee, was a famous Hong Kong-American actor, director, martial artist, and philosopher. He was also the founder of the hybrid martial arts, Jeet Notice that the stiffest treeKune Do.

Bruce Lee was born in Chinatown, San Francisco but was raised in Hong Kong. He later returned to the US where he studied philosophy at the University of Washington in Seattle.

It was during this time that he began practicing martial arts and started his school where he trained some of Hollywood’s famous leading men. His films considerably elevated the traditional Hong Kong martial arts film into a whole new level of notoriety and recognition, sparking a wave of attention and interest in Chinese martial arts in the West during the 70s.

He is known for his notable roles in the legendary films: Fist of Fury in 1972, Way of the Dragon (1972) which was directed and written by Bruce Lee, Enter the Dragon in 1973, as well as The Game of Death in 1978. Lee became an iconic figure recognized throughout the world, particularly among the Chinese and Asian-Americans for defying stereotypes.

He then died in Hong Kong on July 20, 1973, caused by acute cerebral edema after having an allergic reaction to pain medication. He has lived a short but impactful life and is still known today as the figure who popularized kung fu around the world.

May these 30 Bruce Lee quotes and sayings inspire you to reach for your dreams, find your inner courage, and be the best version of yourself.

1. “Real living is living for others.” 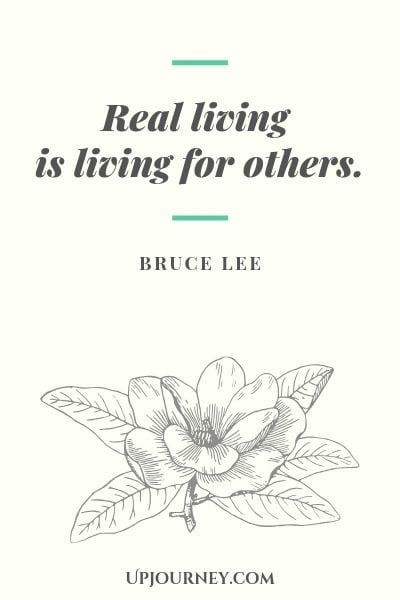 2. “Love is like a friendship caught on fire. In the beginning a flame, very pretty, often hot and fierce, but still only light and flickering. As love grows older, our hearts mature and our love becomes as coals, deep-burning and unquenchable.”

3. “If you always put limit on everything you do, physical or anything else. It will spread into your work and into your life. There are no limits. There are only plateaus, and you must not stay there, you must go beyond them.”

4. “It’s not the daily increase but daily decrease. Hack away at the unessential.”

5. “Take no thought of who is right or wrong or who is better than. Be not for or against.”

6. “The key to immortality is first living a life worth remembering.” 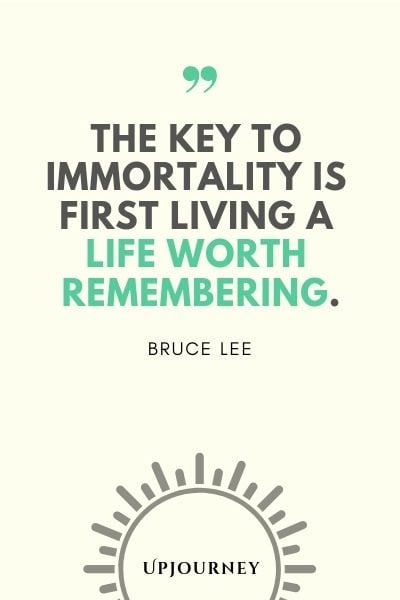 2. “If you spend too much time thinking about a thing, you’ll never get it done.” 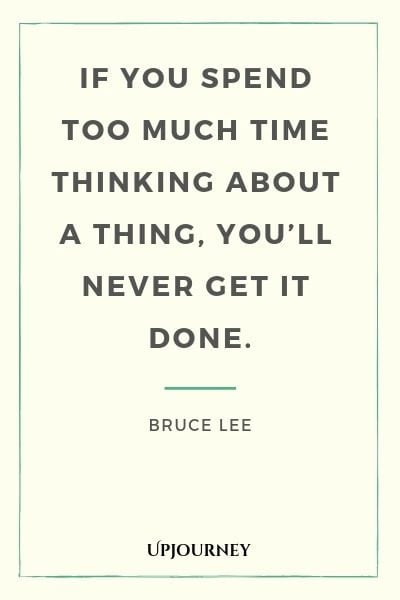 3. “The possession of anything begins in the mind.”

4. “To know oneself is to study oneself in action with another person.”

5. “Ever since I was a child I have had this instinctive urge for expansion and growth. To me, the function and duty of a quality human being is the sincere and honest development of one’s potential.”

6. “Obey the principles without being bound by them.” 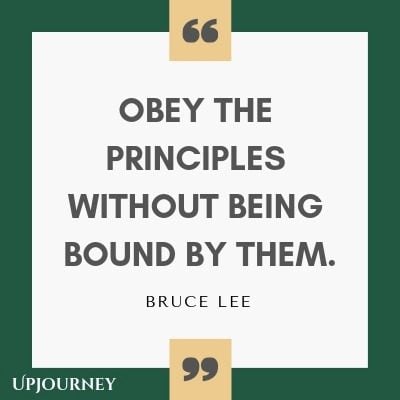 7. “A wise man can learn more from a foolish question than a fool can learn from a wise answer.”

8. “Knowledge will give you power, but character respect.”

1. “To hell with circumstances; I create opportunities.” 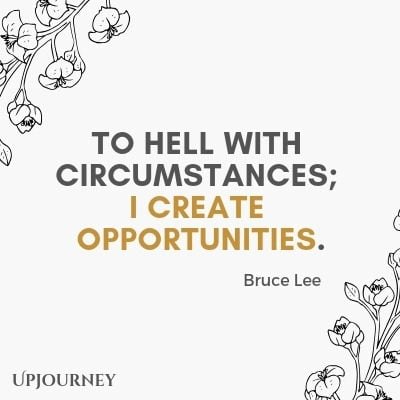 2. “A goal is not always meant to be reached, it often serves simply as something to aim at.”

3. “You just wait. I’m going to be the biggest Chinese Star in the world.”

4. “Mistakes are always forgivable, if one has the courage to admit them.”

6. “Always be yourself, express yourself, have faith in yourself, do not go out and look for a successful personality and duplicate it.” 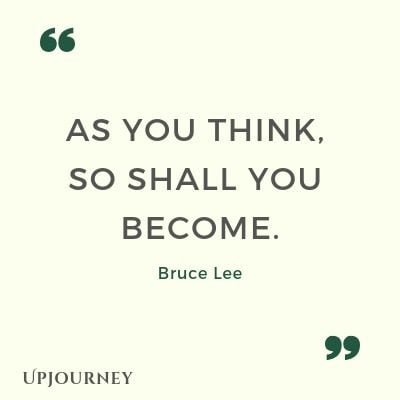 1. “A quick temper will make a fool of you soon enough.”

2. “To me, the extraordinary aspect of martial arts lies in its simplicity. The easy way is also the right way, and martial arts is nothing at all special; the closer to the true way of martial arts, the less wastage of expression there is.”

3. “Man, the living creature, the creating individual, is always more important than any established style or system.” 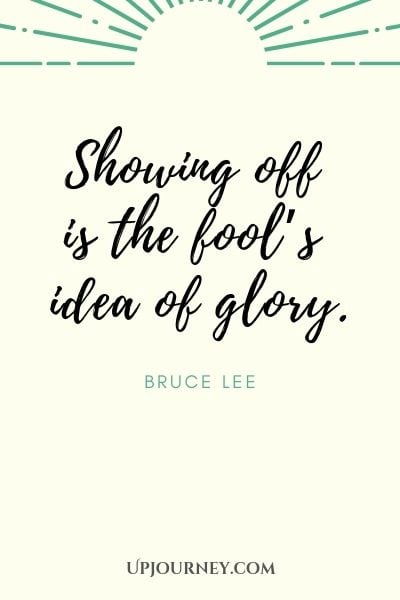 5. “All fixed set patterns are incapable of adaptability or pliability. The truth is outside of all fixed patterns.’

6. “Notice that the stiffest tree is most easily cracked, while the bamboo or willow survives by bending with the wind.” 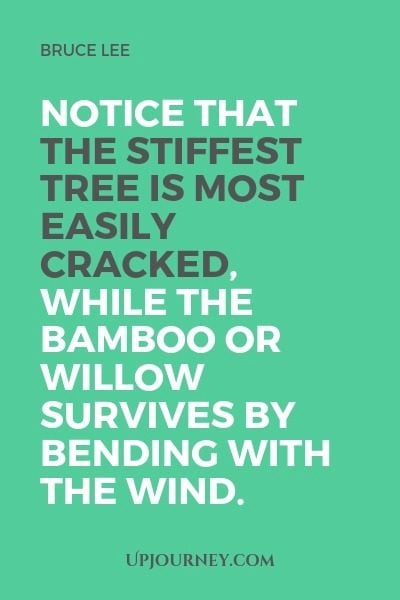 7. “The less effort, the faster and more powerful you will be.”

We hope these quotes and sayings by Bruce Lee inspired you to find your inner courage. If you’d like to know more about his life and learn how he made martial arts a global phenomenon, we would suggest you read, Bruce Lee: A Life by Matthew Polly.