Sir Charles Spencer Chaplin, professionally known as Charlie Chaplin, was a comic actor, music composer, and filmmaker who went on to become one of the greatest stars in Hollywood in the era of silent film.

Chaplin grew up in London in extreme poverty and went through a lot of hardships. However, that did not stop him from pursuing a better life. He began performing at an early age working as a stage actor as well as a comedian. He eventually developed the Tramp character and formed a large fan base and gained fame.

Most of his films went on to become huge hits and are still considered as masterpieces to this day. By 1918, he was one of the best-known personalities in the world.

Aside from being a comedian, Chaplin was also a deep thinker and left behind an inspiring collection of quotes. Here are 43 of the best quotes and sayings by Charlie Chaplin about life, comedy, courage, and so much more.

1. “I thought I would dress in baggy pants, big shoes, a cane, and a derby hat. everything a contradiction: the pants baggy, the coat tight, the hat small and the shoes large.”

2. “I remain just one thing, and one thing only, and that is a clown. It places me on a far higher plane than any politician.”

3. “A day without laughter is a day wasted.” 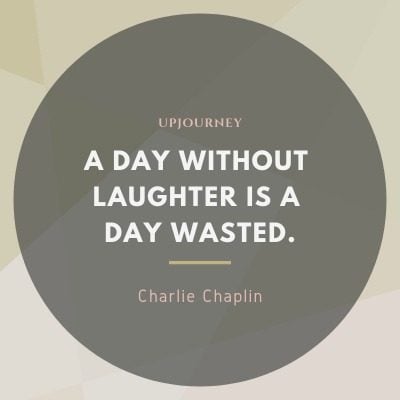 4. “All I need to make a comedy is a park, a policeman and a pretty girl.”

5. “Laughter is the tonic, the relief, the surcease for pain.”

6. “I had no idea of the character. But the moment I was dressed, the clothes and the make-up made me feel the person he was. I began to know him, and by the time I walked onto the stage he was fully born.”

1. “A tramp, a gentleman, a poet, a dreamer, a lonely fellow, always hopeful of romance and adventure.”

3. “I suppose that’s one of the ironies of life doing the wrong thing at the right moment.” 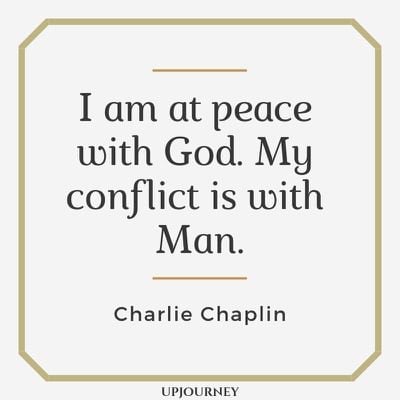 6. “A man’s true character comes out when he’s drunk.”

7. “Life could be wonderful if people would leave you alone.”

8. “Life is a tragedy when seen in close-up, but a comedy in long-shot.”

9. “The saddest thing I can imagine is to get used to luxury.” 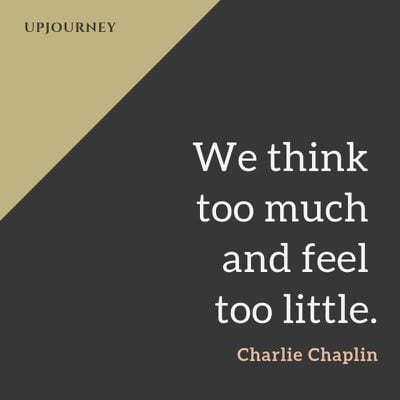 13. “I do not have much patience with a thing of beauty that must be explained to be understood. If it does need additional interpretation by someone other than the creator, then I question whether it has fulfilled its purpose.”

1. “I’d sooner be called a successful crook than a destitute monarch.”

2. “To truly laugh, you must be able to take your pain, and play with it!”

3. “I went into the business for the money, and the art grew out of it. If people are disillusioned by that remark, I can’t help it. It’s the truth.”

4. “That is why, no matter how desperate the predicament is, I am always very much in earnest about clutching my cane, straightening my derby hat and fixing my tie, even though I have just landed on my head.”

5. “Nothing is permanent in this wicked world – not even our troubles.” 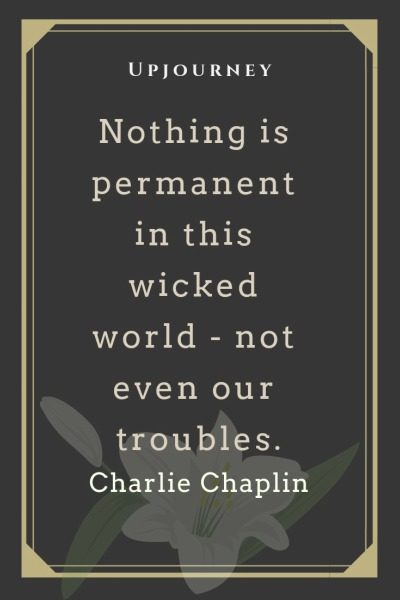 6. “Failure is unimportant. It takes courage to make a fool of yourself.”

7. “This is a ruthless world and one must be ruthless to cope with it.”

1. “All my pictures are built around the idea of getting in trouble and so giving me the chance to be desperately serious in my attempt to appear as a normal little gentleman.”

2. “I don’t believe that the public knows what it wants; this is the conclusion that I have drawn from my career.”

3. “Actors search for rejection. If they don’t get it they reject themselves.”

4. “Brunettes are troublemakers. They’re worse than the Jews.”

5. “Why should poetry have to make sense?”

6. “To help a friend in need is easy, but to give him your time is not always opportune.” 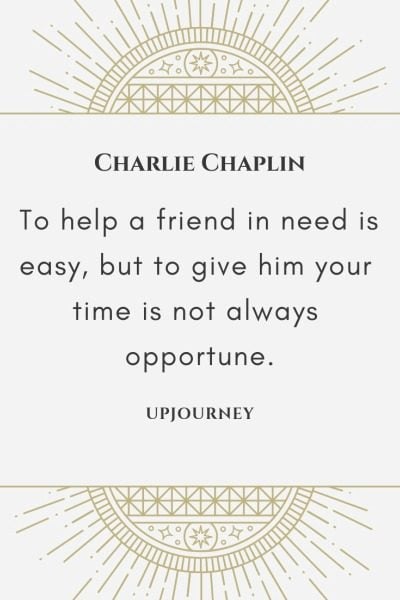 7. “Remember, you can always stoop and pick up nothing.”

9. “Despair is a narcotic. It lulls the mind into indifference.”

10. “Man as an individual is a genius. But men in the mass form the headless monster, a great, brutish idiot that goes where prodded.”

11. “Dictators free themselves, but they enslave the people.”

12. “Movies are a fad. Audiences really want to see live actors on a stage.”

13. “The hate of men will pass, and dictators die, and the power they took from the people will return to the people. And so long as men die, liberty will never perish.”

14. “Words are cheap. The biggest thing you can say is ‘elephant’.” 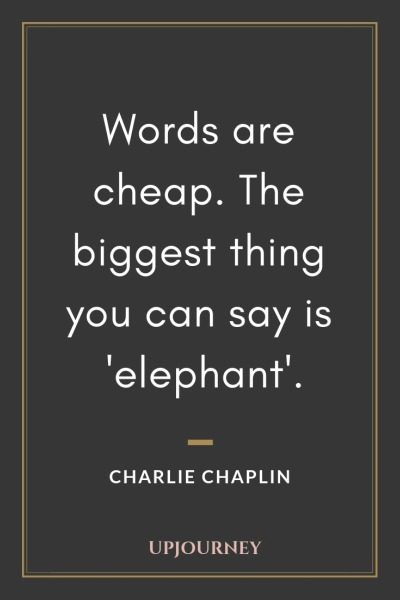 15. “I have no further use for America. I wouldn’t go back there if Jesus Christ was President.”

If you’d like to know about the life and endeavors of the legendary Charlie Chaplin, we would suggest you read Chaplin: His Life and Art by David Robinson.