He is a significant figure of the Cuban Revolution. His tenacious work made him the counter-cultural symbol of rebellion and revolution, as well as a global figure in popular culture.

He has also been the man behind the significant rise in the literacy rate of Cuba that progressed from 60% to 96%. Time magazine also named him one of the 100 most influential people of the 20th century. Guevara remains both a reviled and revered historical figure. A number of biographies, documentaries, essays, memoirs, songs, and films were made to remember his story.

Below are some of the best Che Guevara quotes and sayings about life and death, revolution, and many more.

1. “Passion is needed for any great work, and for the revolution, passion and audacity are required in big doses.”

2. “The revolution is not an apple that falls when it is ripe. You have to make it fall.”

3. “If you tremble with indignation at every injustice, then you are a comrade of mine.” 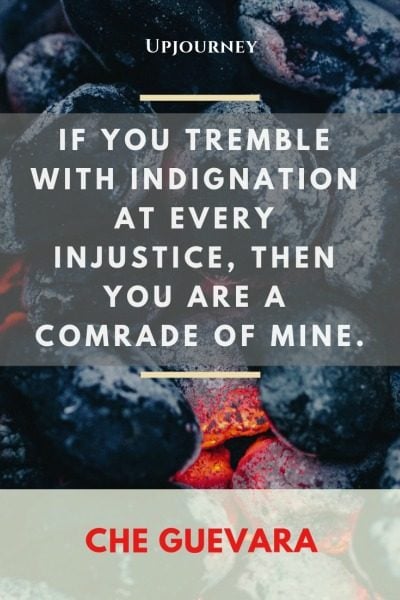 4. “It is unnecessary to say that Fidel Castro possesses the high qualities of a fighter and statesman: our path, our struggle, and our triumph we owed to his vision.”

5. “Remember that the revolution is what is important, and each one of us, alone, is worth nothing.”

6. “Above all, always be capable of feeling deeply any injustice committed against anyone, anywhere in the world. This is the most beautiful quality in a revolutionary.”

7. “The peasant must always be helped technically, economically, morally and culturally. The guerrilla fighter will be a sort of guiding angel who has fallen into the zone, helping the poor always and bothering the rich as little as possible in the first phases of the war.”

8. “The guerrilla fighters should be required to go to bed and get up at fixed hours. Games that have no social function and that hurt the morale of the troops and the consumption of alcoholic drinks should both be prohibited.”

9. “How easy it is to govern when one follows a system of consulting the will of the people and one holds as the only norm all the actions which contribute to the well being of the people.”

10. “I am one of those people who believe that the solution to the world’s problems is to be found behind the Iron Curtain.”

12. “Cruel leaders are replaced only to have new leaders turn cruel.” 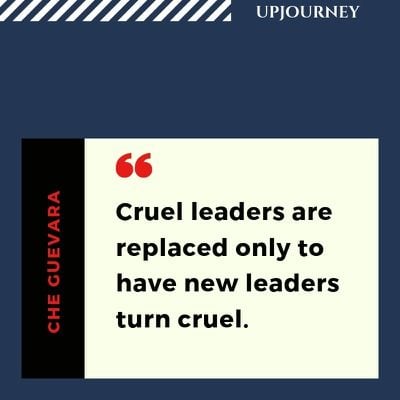 13. “I don’t care if I fall as long as someone else picks up my gun and keeps on shooting.”

15. “A political event was that I met Fidel Castro, the Cuban revolutionary. He is a young, intelligent guy, very sure of himself and extraordinarily audacious; I think we hit it off well.”

2. “We cannot be sure of having something to live for unless we are willing to die for it.” 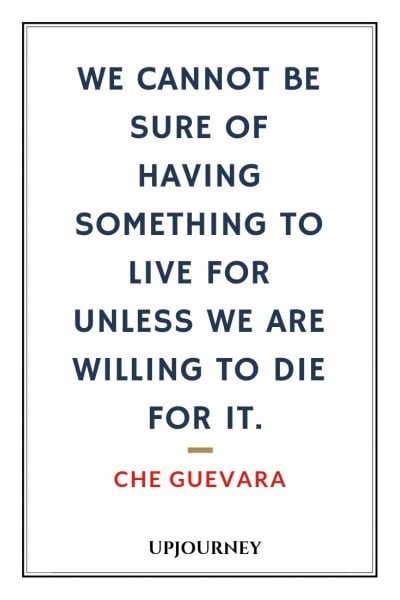 4. “I had a project for my life which involved 10 years of wandering, then some years of medical studies and, if any time was left, the great adventure of physics.”

5. “Whenever death may surprise us, let it be welcome if our battle cry has reached even one receptive ear and another hand reaches out to take up our arms.”

1. “The only passion that guides me is for the truth… I look at everything from this point of view.”

2. “Study hard so that you can master technology, which allows us to master nature.”

3. “I could become very rich in Guatemala but by the low method of ratifying my title, opening a clinic, and specializing in allergies. To do that would be the most horrible betrayal of the two ‘I’s’ struggling inside me: the socialist and the traveler.”

4. “I would probably have more in common with a whale than with a bourgeois married couple employed at worthy institutions that I would wipe from the face of the earth if it was given to me to do so.”

5. “Silence is argument carried out by other means.” 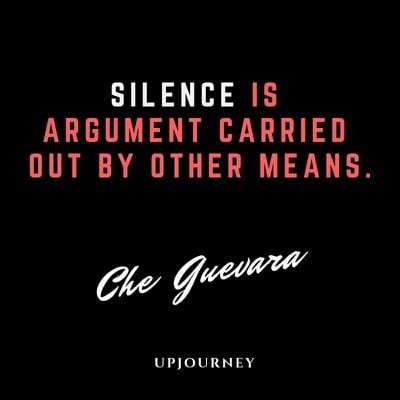 6. “Many will call me an adventurer – and that I am, only one of a different sort: one of those who risks his skin to prove his platitudes.”

If you would like to know more about the legendary Che Guevara, then we would suggest you read Guerrilla Warfare written by Ernesto Che Guevara himself.