Clinton Eastwood Jr. is a popular American actor, musician, filmmaker, and politician. He gained recognition in the Western TV series “Rawhide” and soared to worldwide stardom with his role as the “Man with No Name” in the Italian film series “Dollars Trilogy” during the 1960s.

However, his life wasn’t always like that. Clinton and his family had to move from town to town, and he had several jobs including as a paper carrier, lifeguard, forest firefighter, grocery clerk, and golf caddy. All of these happened before he finally moved to Hollywood.

For his work in the sports drama Million Dollar Baby and the Western film Unforgiven, Eastwood won Academy Awards for Best Picture and Best Director, as well as earning nominations for a Best Actor Award. He also received substantial praise in France for several films, including some that were not well accepted in the U.S.

Here are some of the best Clint Eastwood quotes and sayings that show his thoughts and views about life, movies, and many more.

2. “Men must know their limitations.” 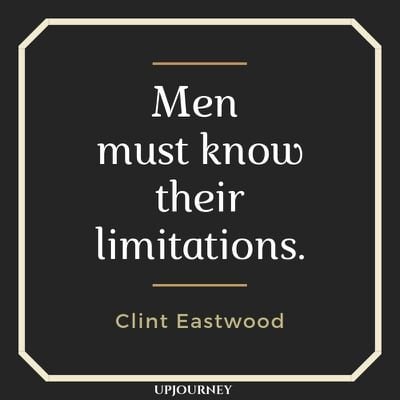 3. “This film cost $31 million. With that kind of money, I could have invaded some country.”

4. “They say marriages are made in Heaven. But so is thunder and lightning.”

5. “Sometimes if you want to see a change for the better, you have to take things into your own hands.”

6. “My old drama coach used to say, ‘Don’t just do something, stand there.’ Gary Cooper wasn’t afraid to do nothing.”

7. “I don’t believe in pessimism. If something doesn’t come up the way you want, forge ahead. If you think it’s going to rain, it will.”

9. “It takes tremendous discipline to control the influence, the power you have over other people’s lives.”

11. “I have a very strict gun control policy: if there’s a gun around, I want to be in control of it.”

12. “We are like boxers, one never knows how much longer one has.”

13. “Respect your efforts, respect yourself. Self-respect leads to self-discipline. When you have both firmly under your belt, that’s real power.” 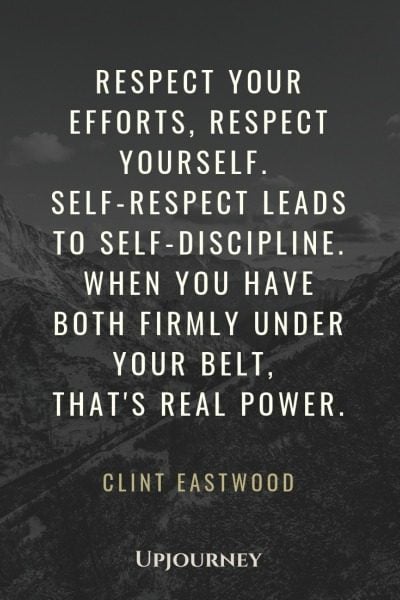 14. “I’m interested in the fact that the less secure a man is, the more likely he is to have extreme prejudice.”

15. “In school, I could hear the leaves rustle and go on a journey.”

17. “There’s only one way to have a happy marriage and as soon as I learn what it is I’ll get married again.”

18. “The less secure a man is, the more likely he is to have extreme prejudice.”