Conor Anthony McGregor is an Irish professional boxer and mixed martial artist. He is also the former Ultimate Fighting Championship (UFC) lightweight and featherweight champion and the most internationally known MMA fighter in the world right now.

Considered by fans and critics alike as the greatest MMA fighter ever, he is also one of the great success stories. He started from the bottom, and now he sits at the top of the game. He is someone who personifies dedication, hard work, discipline, and the constant pursuit to be the best at his craft.

He is also the highest pay-per-view (PPV) draw in MMA history, having headlined 4 out of the 6 biggest-selling UFC pay-per-view events.

Here are some of the most notable Conor McGregor quotes and sayings that explore his thoughts and views regarding self, fighting, success, and many more.

Conor McGregor Quotes About Self 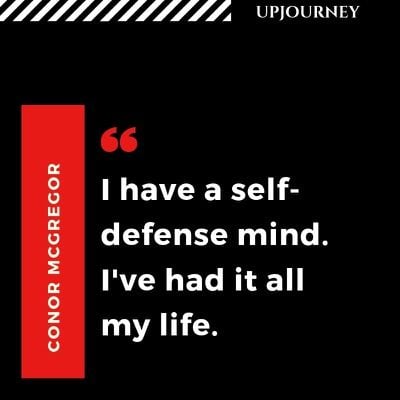 6. “Trash talk? Smack talk? This is an American term that makes me laugh. I simply speak the truth. I’m an Irish man.”

1. “When I am free to train and free to move, I feel like a gorilla in the jungle. Then, when there are a bunch of media obligations, I feel like I have been captured and am being kept on display.”

3. “We come bulletproof in Ireland. We’re reared tough, and we fight.”

4. “I don’t feel bitterness, I don’t feel anger towards anybody. Fighting is never emotional to me.” 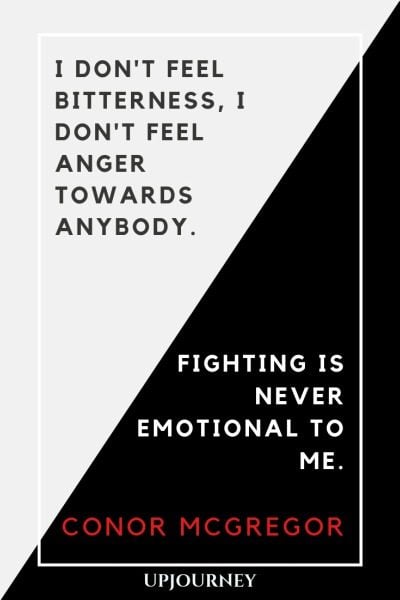 5. “It’s good to make your brain work more than your body.”

1. “That’s what I do this for, to secure my family’s future. I don’t care about anything else. I’m able to spoil people, and that’s the best thing.”

3. “I have the greatest job in the world. I get paid loads of cash for beating the crap out of people. And I’m very good at it.”

4. “Competition gives me energy. It keeps me focused.” 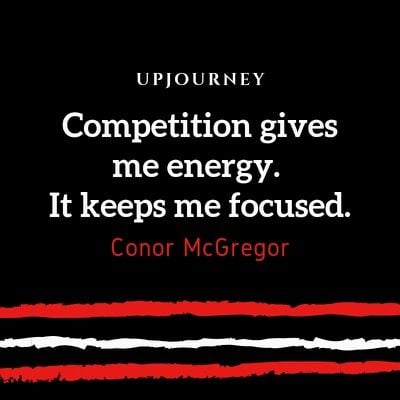 5. “I don’t feel pressure in a negative way. I like the pressure. I feel excitement and calm at the same time. No pressure, no diamonds. I want pressure: pressure creates drama, creates emotion.”

7. “I take inspiration from everyone and everything. I’m inspired by current champions, former champions, true competitors, people dedicated to their dream, hard workers, dreamers, believers, achievers.”

1. “There is definitely an addiction to money that I have.”

2. “I don’t look at a man who’s expert in one area as a specialist. I look at him as a rookie in ten other areas.”

3. “The thing about the truth is, not a lot of people can handle it.” 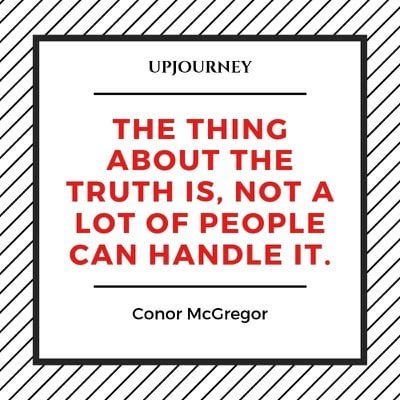 4. “Ritual is another word for fear, manifested in a different way.”

6. “I see fighters make funny videos about me and stick them on Facebook and get 20 likes. When I make a video, I sell it to Fox and make seven figures. That’s the difference.”

May his words incite within you the confidence that you have what it takes to achieve your goals and succeed in life. If you would like to know more about his life story, we would suggest you read Notorious: The Biography of Conor McGregor by Jack Slack.