During the tumultuous time in the 1960s, Gregory became a pioneer in stand-up comedy in which he bravely defied and mocked racism and bigotry. He primarily performed to black audiences at segregated clubs, but later became the very first black comedian to put out comedy record albums, appear on television, and successfully cross over to white audiences.

Aside from doing stand-up comedy, Gregory was also at the forefront of political activism, wherein he protested against racial injustice and the Vietnam War. Although he was caught and arrested multiple times and went on several hunger strikes during this time in his life, he still kept his ground. He later became an author and speaker primarily promoting spirituality. In August 2017, Gregory died of heart failure at age 84 at Washington, D.C.

He has always kept it open and real when discussing race in America and fearlessly laced comedy and laughter with controversial truths. Needless to say, he is one of the bravest personalities in our history alongside many activists who fought against social injustice.

We have listed some of the most inspiring and memorable Dick Gregory quotes and sayings about life, humor, and more.

1. “Just being a Negro doesn’t qualify you to understand the race situation any more than being sick makes you an expert on medicine.”

2. “I wouldn’t mind paying taxes – if I knew they were going to a friendly country.”

4. “In most places in the country, voting is looked upon as a right and a duty, but in Chicago, it’s a sport.” 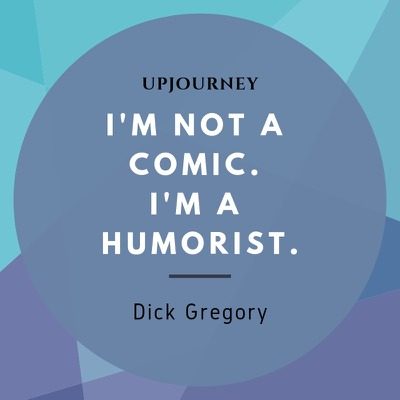 6. “Political promises are much like marriage vows. They are made at the beginning of the relationship between candidate and voter, but are quickly forgotten.”

7. “You know why Madison Avenue advertising has never done well in Harlem? We’re the only ones who know what it means to be Brand X.”

8. “I never believed in Santa Claus because I knew no white dude would come into my neighborhood after dark.”

12. “I am really enjoying the new Martin Luther King Jr stamp – just think about all those white bigots, licking the backside of a black man.”

13. “Riches do not delight us so much with their possession, as torment us with their loss.”

14. “And we love to dance, especially that new one called the Civil War Twist. The Northern part of you stands still while the Southern part tries to secede.”

15. “If they took all the drugs, nicotine, alcohol and caffeine off the market for six days, they’d have to bring out the tanks to control you.”

17. “When you have a good mother and no father, God kind of sits in. It’s not enough, but it helps.” 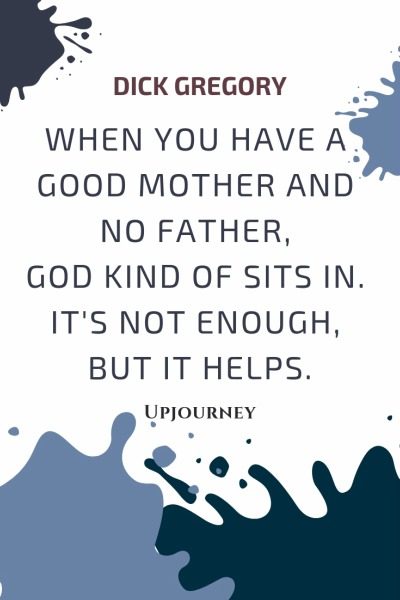 18. “When I lost my rifle, the Army charged me 85 dollars. That is why in the Navy the Captain goes down with the ship.”

19. “In America, with all of its evils and faults, you can still reach through the forest and see the sun. But we don’t know yet whether that sun is rising or setting for our country.”

If you’d like to know more about the works and writings of Dick Gregory, we would suggest you read his book, Defining Moments in Black History: Reading Between the Lies.