Aubrey Drake Graham, or most commonly known as Drake, is a Canadian singer, rapper, songwriter, actor, record producer, and entrepreneur. His career first began as an actor on the teen drama TV series called Degrassi: The Next Generation (during the early 2000s), and later left the show in 2007 to pursue his passion in music.

Drake’s childhood was not as glitzy and glamorous as people would like to think. He used to be bullied for being black and also Jewish, but his outlook has changed a lot since then.

Fast forward to 2010; he released his debut studio album called Thank Me Later which was a huge success. It placed number one on the US Billboard 200 chart and was soon certified platinum. From then on, his music became widely popular. In 2013, he eventually earned his first Grammy award for Best Rap Album for his album Take Care.

Ever since his big break, Drake continued to rise as an artist. He has inspired many young people to be more confident and to pursue their dreams no matter what.

Here are the top 26 Drake quotes and sayings about life, love, self-confidence, and hustle that you should know about.

1. “Perfection to me is, I walk away from a situation and say, ‘I did everything I could do right there. There was nothing more that I could do.’ I was a hundred percent like the meter was at the top. There was nothing else I could have done. You know? Like, I worked as hard as I possibly could have. That’s perfection.”

2. “I wake up in the morning and my heart is light, man. It’s not heavy. I don’t have skeletons in the closet on their way out.” 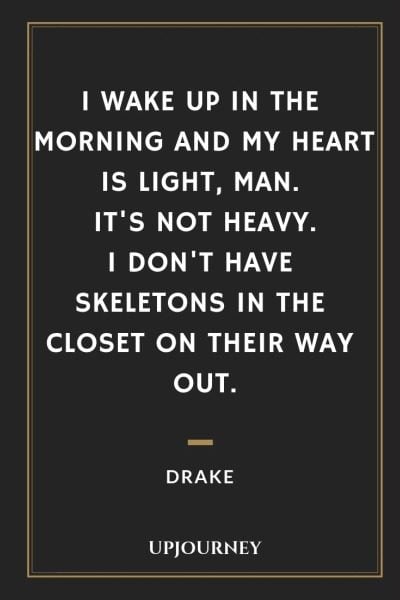 3. “Me and my dad are friends. We’re cool. I’ll never be disappointed again because I don’t expect anything anymore from him. I just let him exist, and that’s how we get along.”

4. “I feel connected to my generation through the music, but I also fear for us. We’re in a very self-destructive state where we’re addicted to outside opinions and we all feel like we have fans.”

5. “I’m actually a very honest person, and sometimes I end up like, ‘Man, I said too much.’ It’s hard for me not to tell the truth when you ask me.”

7. “I like sweaters. I have a sweater obsession, I guess.”

1. “Patience is key for getting over a breakup. That, and trailing off your interaction after the breakup.”

2. “The ideal girl is driven, working on something other than modeling or being a singer.”

3. “A relationship can give you a gut-wrenching feeling sometimes. It’s a real emotional ride.” 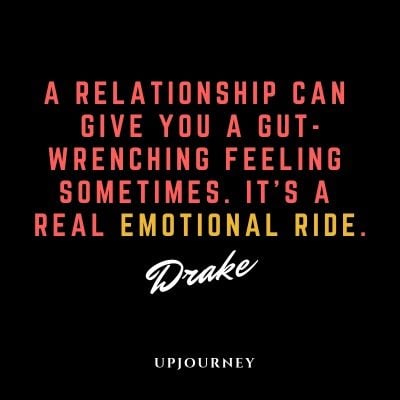 4. “My mother made me truly appreciate women.”

5. “Trying to meet new women, it’s always a little more difficult as opposed to calling somebody I knew that’s single and trying to rebuild that connection.”

6. “Jealousy is just love and hate at the same time.”

2. “I don’t really have a gimmick or a ‘thing.’ I’m one of the few artists who gets to be himself every day.” 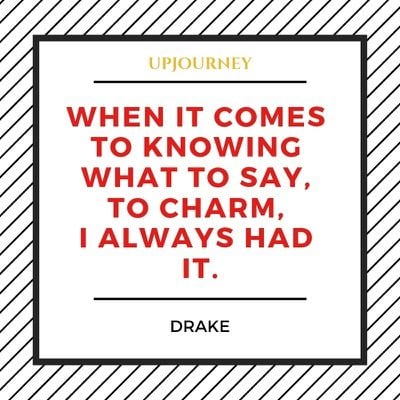 1. “I push myself in a lot of aspects when I write a song. I write a piece and where most people would stop and say, ‘Oh, that’s the hook right there,’ I’ll move that to the first four bars of the verse and do a new hook.”

2. “You know, there are artists who are 35 and up that still make rap and that still works for them. I don’t know if I want to be that guy.”

3. “Rappers aren’t the really rich ones. We all have nice houses with studios and cars, but you need a piece of someone’s business to be super wealthy.”

4. “Sometimes it’s the journey that teaches you a lot about your destination.” 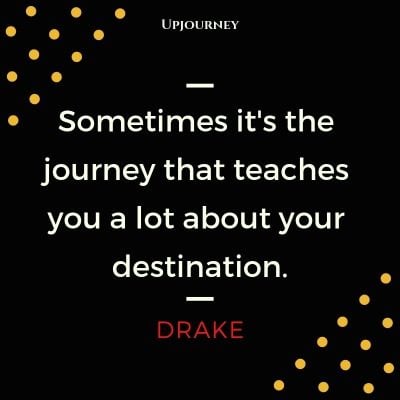 5. “When I think of myself, I think of Toronto. My music would never sound the way it does if it weren’t for Toronto.”

6. “I’m not confrontational, but if someone challenges, I’m not going to back down.”

7. “Reviews condition people. At the end of the day, a lot of human minds are malleable. They can be easily shaped with strong words.”

We hope these Drake quotes inspired you to be more confident in yourself and love the life you have.