After exhausting itself in the 70’s and 80’s, comics were revitalized between 1985 and 2000 by a series of writers and artists who delved into the darker spaces that the self-imposed Comics Code had kept at bay for decades.

Comics having being a very-white-and-male medium, I must acknowledge the lack of gender and racial diversity in this list, and would welcome an alternate selection by someone more knowledgeable of those members of the genre.

I am also certain I have omitted or “also recommended” works that other readers would consider essential, but it’s the list that kept me sane through the Dark Ages, so I offer it without further apology, and with as clear a set of explanations for my choices as I can muster. 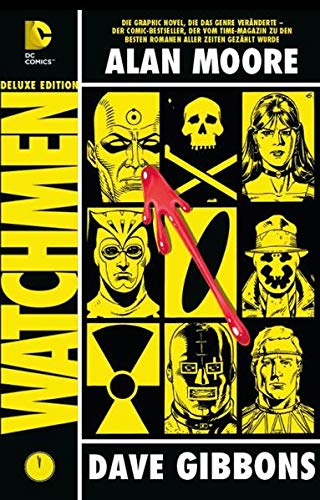 A graphic novel so good it transcends the genre, this 12-issue series covers a number of character stories all linked to an unlikely murder. As the reasons for the murder are revealed the stories converge in a shocking way. The story operates on the premise that at some point in our actual history superheroes emerged, with the superheroes presented as humanly flawed as possible

As virtuosic as Moore’s writing is, the “functional comic book” art by Dave Gibbons engages in a cinematic brilliance that can only occur in the comics medium. The writing and art operate hand in hand to generate a read that must be experienced more than once. If you could only read one graphic novel in your life, this would be the one.

(Also recommended by Moore – The Killing Joke, From Hell, V for Vendetta) 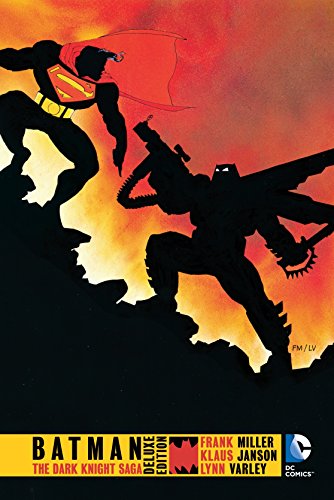 Miller revived the world’s ongoing obsession with Batman singlehandedly with his four-issue masterpiece.

Set in a future after Batman has long disappeared from public view, it recounts his gradual re-emergence. The older Bruce Wayne must face his limitations when he is outmatched by his opponent, and then find a way to overcome them.

(Also recommended by Miller – Batman, Year One and Sin City) 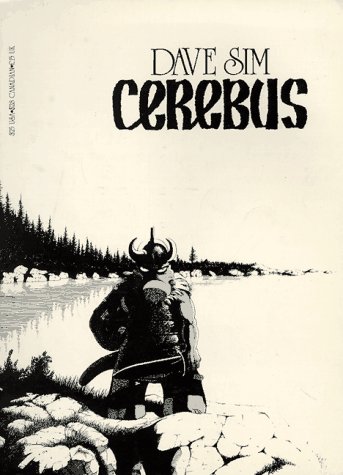 One of the most astounding achievements in all of comics-literature, Dave Sim wrote a 300-issue saga over the space of 33 years, about a Conan-type Aardvark named Cerebus.

Beginning as a Conan parody, it quickly progressed into political, social, and religious issues and eventually collided with radically controversial gender politics as the author grew older. Sim’s artwork is remarkable, and midway through the series, he entrusted his background to Gerhard’s virtuosic pen. 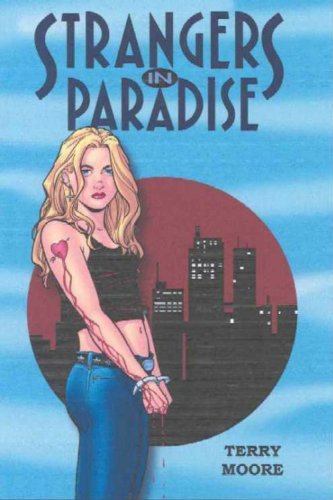 If you like comics about relationships, Moore’s long-running series will take you through your paces, and blow your mind along the way.

Beginning with a fairly straightforward love-triangle, Moore expands the story into much more ambitious territory with crime syndicates and women assassins. Exquisitely drawn and impossible to put down, Strangers in Paradise will satisfy readers who wouldn’t ordinarily consider themselves comics-readers. 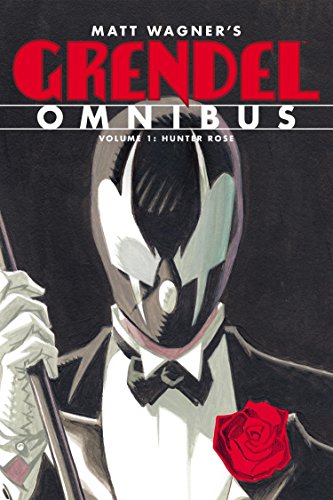 In the late 80’s, Matt Wagner blew the lid off the genre by creating books with brilliant, pure colors (no newsprint dots) and long sections devoid of words and thought-balloons.

Each of the 15 issues read far too quickly and had to be savored. The story of Kevin Matchstick, an introverted man who becomes invincible after he meets a mage named Mirth, reels to an unbelievable conclusion long before you’re ready to say goodbye.

Each issue of Mage had a back-up story told mostly in text, with a few pictures, called Grendel. The story about a brilliant but bored crime-boss was as understated and literary as Mage was over-the-top. Both Mage and Grendel went on to spawn sequels and helped make a permanent name for Matt Wagner. 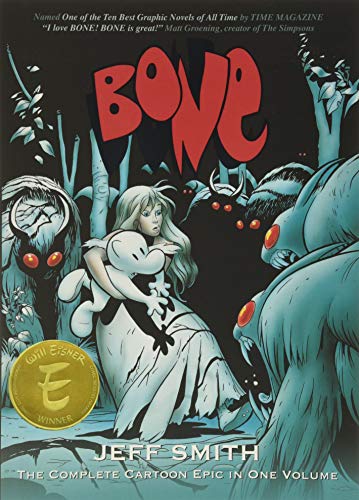 Bone brought comic books to a new generation of young readers without surrendering the adult-nature of comic book storytelling.

The three Bone brothers flee from their home and end up in a mysterious valley where they become entangled in a battle between immensely powerful antagonists. Alternately invoking Peanuts, Pogo, and Prince Valiant, Smith juggles a variety of moods to create a 55-issue epic that can be read and enjoyed at any age. 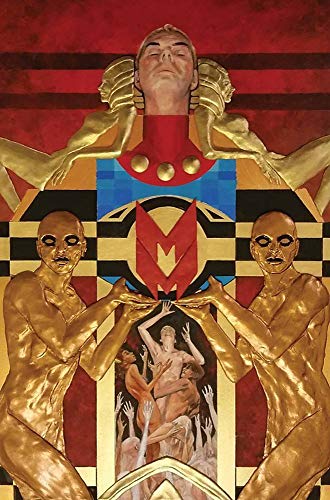 Among the comics to reinvent the genre, this retelling of the old Captain Marvel series quickly outgrows its source material and within a few issues develops into a disturbing kaleidoscope of events with an increasingly harrowing origin story.

Moore penned the first three volumes, and Gaiman came in to generate a series of interrelated vignettes for the fourth, as well as a framing storyline for a fifth collection of “Apocrypha” by various writers. Long-time comics readers will enjoy the story on many levels. 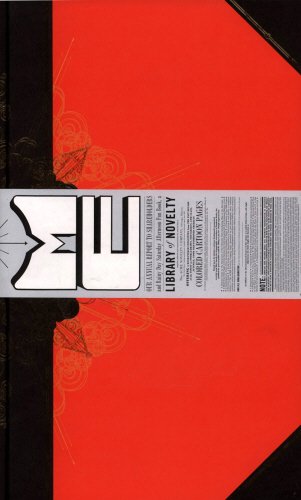 My “dark horse” selection, this series will be less known to most comics readers. I am including it because of the unusual nature of Ware’s offerings. His comics were presented in unusual formats, from postcard-sized books to atlas-sized. No matter how large or small, each comic contained so many details they could easily be missed without a magnifying glass: fake advertisements, tie-ins to other stories, visual references.

Jimmy Corrigan contains more whistles and bells than a fun-house, and yet at its core contains a heartbreaking story that hits home like a bludgeon. All of Ware’s offerings are related, and all are equally astounding. 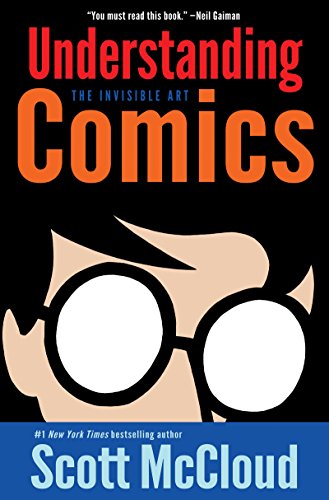 This was among the first, and remains among the best discussions of the genre of comics ever created. Both entertaining and enlightening, Adams uses the medium of the comic book to explain to experts and neophytes why comics are unique and in no way redundant to written literature or cinema. Anyone wanting to consider themselves knowledgeable about comics must read this one.