Florence Nightingale was an English woman and the founder of modern nursing. During the Crimean War, she was known for her nightly rounds to aid the wounded, dubbing her as the “Lady with the Lamp.” 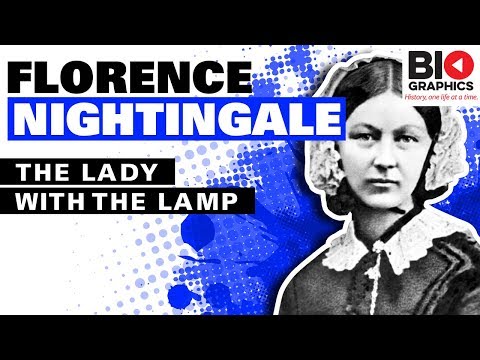 Born in 1820, Nightingale was the daughter of a wealthy English couple, William and Frances Nightingale. They raised her in their home in Embley Park, New Hampshire. There she was taught mathematics, German, Italian, and French.

As a young woman, Nightingale was attractive and graceful. However, despite her mother’s insistence of Nightingale’s participation in high society functions, she resisted. Nightingale also rejected most of her suitors, prioritizing her interest in nursing.

Nightingale rose to prominence during the Crimean War. Together with a team of volunteers, she improved the British’s hospital’s unsanitary conditions, which significantly reduced the death count. After the war, she published her writings, which significantly contributed to the comprehensive health care reform. Nightingale also established St. Thomas’ Hospital and the Nightingale School for Nurses.

Here are some of the best Florence Nightingale quotes and sayings that explore her views on nursing, health, and many more.

2. “God spoke to me and called me to His Service. What form this service was to take the voice did not say.” 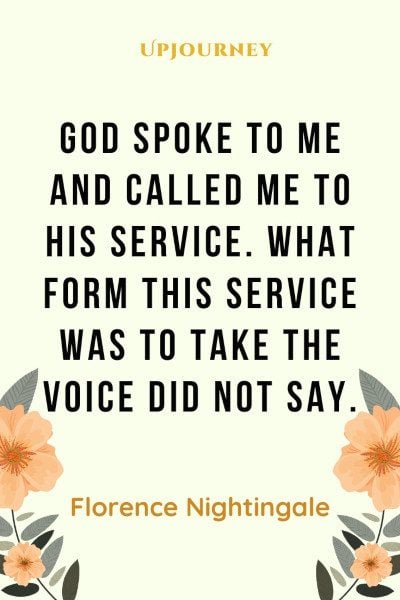 3. “The very elements of what constitutes good nursing are as little understood for the well as for the sick. The same laws of health or of nursing, for they are in reality the same, obtain among the well as among the sick.”

5. “Everything you do in a patient’s room, after he is ‘put up’ for the night, increases tenfold the risk of his having a bad night. But, if you rouse him up after he has fallen asleep, you do not risk – you secure him a bad night.”

6. “Every nurse ought to be careful to wash her hands very frequently during the day. If her face, too, so much the better.”

7. “The very first requirement in a hospital is that it should do the sick no harm.”

8. “Do not meet or overtake a patient who is moving about in order to speak to him or to give him any message or letter. You might just as well give him a box on the ear. I have seen a patient fall flat on the ground who was standing when his nurse came into the room.”

9. “A dark house is always an unhealthy house, always an ill-aired house, always a dirty house. Want of light stops growth and promotes scrofula, rickets, etc., among the children. People lose their health in a dark house, and if they get ill, they cannot get well again in it.”

10. “Wise and humane management of the patient is the best safeguard against infection.”

1. “How very little can be done under the spirit of fear.” 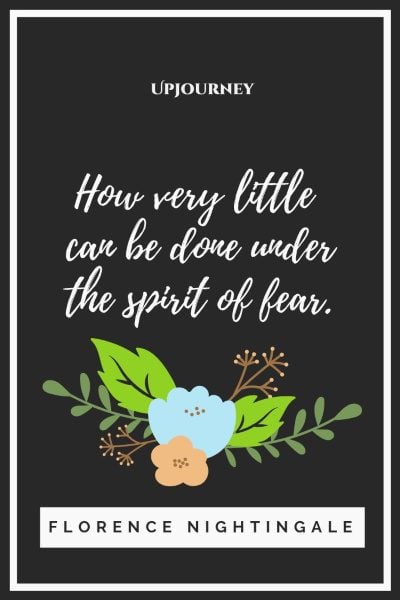 2. “Sick children, if not too shy to speak, will always express this wish. They invariably prefer a story to be told to them, rather than read to them.”

3. “The martyr sacrifices themselves entirely in vain. Or rather not in vain; for they make the selfish more selfish, the lazy more lazy, the narrow narrower.”

4. “She said the object and color in the materials around us actually have a physical effect on us, on how we feel.”

5. “If I could give you information of my life, it would be to show how a woman of very ordinary ability has been led by God in strange and unaccustomed paths to do In His service what He has done in her. And if I could tell you all, you would see how God has done all, and I nothing.”

6. “The greatest heroes are those who do their duty in the daily grind of domestic affairs whilst the world whirls as a maddening dreidel.”

7. “It may seem a strange principle to enunciate as the very first requirement in a hospital that it should do the sick no harm.”

8. “Were there none who were discontented with what they have, the world would never reach anything better.”

9. “A hundred struggle and drown in the breakers. One discovers the new world. But rather, ten times rather, die in the surf, heralding the way to that new world, than stand idly on the shore.”

10. “So never lose an opportunity of urging a practical beginning, however small, for it is wonderful how often in such matters the mustard-seed germinates and roots itself.”

11. “I think one’s feelings waste themselves in words; they ought all to be distilled into actions which bring results.” 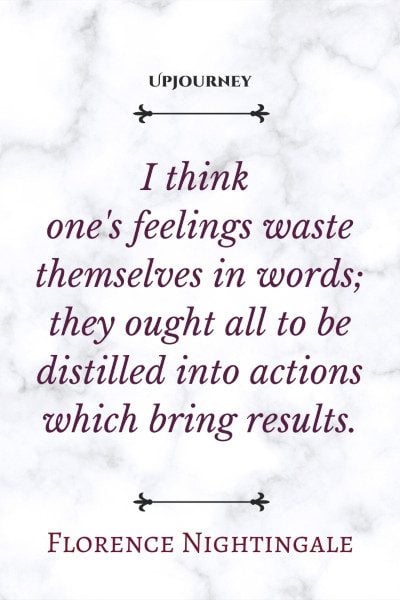 12. “Women have no sympathy and my experience of women is almost as large as Europe.”

13. “Why do people sit up so late, or, more rarely, get up so early? Not because the day is not long enough, but because they have no time in the day to themselves.”

14. “Live your life while you have it. Life is a splendid gift. There is nothing small in it. Far the greatest things grow by God’s law out of the smallest. But to live your life, you must discipline it.”

15. “I attribute my success to this – I never gave or took any excuse.”

16. “The world is put back by the death of every one who has to sacrifice the development of his or her peculiar gifts to conventionality.”

17. “I have lived and slept in the same bed with English countesses and Prussian farm women… no woman has excited passions among women more than I have.”

If you’d like to read some of Florence Nightingale’s writings, we suggest you read Notes on Nursing.