Francis Albert Sinatra, widely known as Frank Sinatra, was a famous actor, singer, and producer who was one of the most influential and best-selling artists of all time.

Sinatra attained success as a solo artist after he signed a contract with Columbia Records in the year 1943. He later released his debut album titled “The Voice of Frank Sinatra,” in 1946.

Although his professional career had stalled by the early 1950s, it was then reborn with the success of “From Here to Eternity” (a 1953 romantic drama film directed by Fred Zinnemann), which he obtained a Golden Globe Award and an Academy Award for Best Supporting Actor.

Years after that, he released numerous critically praised albums, including “Songs for Swingin’ Lovers!,” “In the Wee Small Hours,” “Only the Lonely,” “Come Fly with Me,” and “Nice ‘n’ Easy.”

He never studied how to read music, yet he had a profound understanding of it. Sinatra also worked very hard from a young age to develop his abilities and techniques in all aspects of music. He was also distinguished for his excellent way of dressing and performing, keeping it stylish both in his private life and at work.

Even after Sinatra’s death, he is still considered as one of “the greatest singer of the 20th century,” and continues to be regarded as an iconic figure. We have put together some of the best Frank Sinatra quotes and sayings that show his views about life, love, music, and so much more.

1. “I’m not one of those complicated, mixed-up cats. I’m not looking for the secret to life… I just go on from day to day, taking what comes.”

3. “I would like to be remembered as a man who had a wonderful time living life, a man who had good friends, fine family – and I don’t think I could ask for anything more than that, actually.” 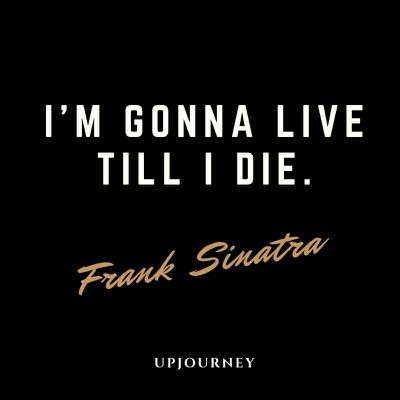 1. “Oh, I just wish someone would try to hurt you so I could kill them for you.”

2. “I’m supposed to have a Ph.D. on the subject of women. But the truth is I’ve flunked more often than not. I’m very fond of women; I admire them. But, like all men, I don’t understand them.”

3. “Alcohol may be man’s worst enemy, but the bible says love your enemy.”

4. “I like intelligent women. When you go out, it shouldn’t be a staring contest.” 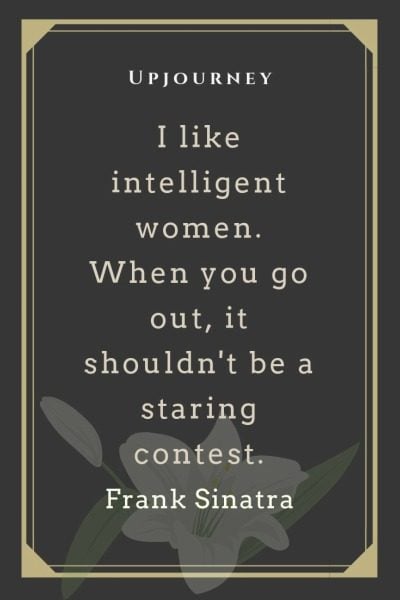 1. “The martial music of every sideburned delinquent on the face of the earth.”

2. “Throughout my career, if I have done anything, I have paid attention to every note and every word I sing – if I respect the song. If I cannot project this to a listener, I fail.”

4. “Rock ‘n Roll: The most brutal, ugly, desperate, vicious form of expression it has been my misfortune to hear.”

5. “Whatever else has been said about me personally is unimportant. When I sing, I believe. I’m honest.” 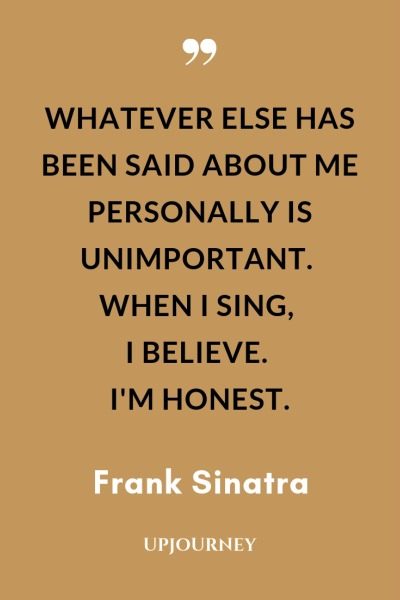 3. “When lip service to some mysterious deity permits bestiality on Wednesday and absolution on Sunday, cash me out.”

4. “Hell hath no fury like a hustler with a literary agent.”

5. “Basically, I’m for anything that gets you through the night – be it prayer, tranquilizers or a bottle of Jack Daniels.”

6. “People often remark that I’m pretty lucky. Luck is only important in so far as getting the chance to sell yourself at the right moment. After that, you’ve got to have a talent and know how to use it.”

7. “I feel sorry for people who don’t drink. When they wake up in the morning, that’s as good as they’re going to feel all day.”

8. “The best revenge is a massive success.” 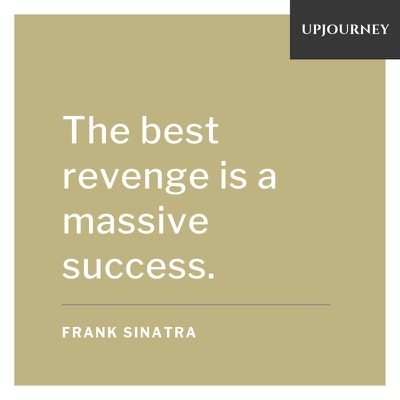 10. “I’m for whatever gets you through the night.”

If you would like to know more about the life of the iconic Frank Sinatra, we would suggest you read Frank: The Voice by James Kaplan.