Frank Vincent Zappa was a talented composer, musician, filmmaker, and activist. He was inducted into the Rock and Roll Hall of Fame in 1995, as well as the Grammy Lifetime Achievement Award in 1997. In 2004, Rolling Stone magazine also ranked him as one of the “100 Greatest Artists of All Time.”

In a career traversing more than 30 years, Zappa composed various music in different genres including rock, jazz, pop, jazz fusion, musique concrète and orchestral works, and produced almost all of the 60-plus albums that he released as a solo artist as well as with his band called the “Mothers of Invention”.

His work is characterized by free-form improvisation, nonconformity, musical virtuosity, sound experiments, and satire of American culture. He also directed music videos and feature-length films, as well as designed album covers, and is considered one of the stylistically diverse and most innovative rock musicians of his generation.

We have compiled some of the most memorable Frank Zappa quotes and sayings that show his thoughts and views regarding life, music, politics, and many more.

1. “You can’t always write a chord ugly enough to say what you want to say, so sometimes you have to rely on a giraffe filled with whipped cream.”

2. “Music is always a commentary on society.” 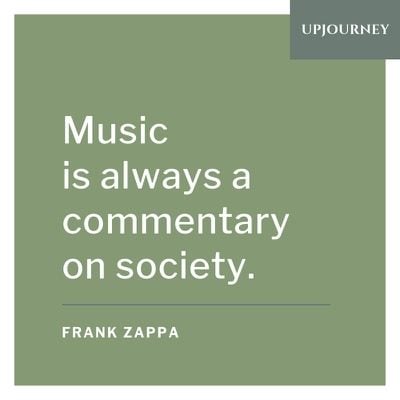 3. “There are more love songs than anything else. If songs could make you do something we’d all love one another.”

4. “Without music to decorate it, time is just a bunch of boring production deadlines or dates by which bills must be paid.”

5. “All the good music has already been written by people with wigs and stuff.”

6. “No change in musical style will survive unless it is accompanied by a change in clothing style. Rock is to dress up to.”

7. “A composer is a guy who goes around forcing his will on unsuspecting air molecules, often with the assistance of unsuspecting musicians.”

1. “Politics is the entertainment branch of industry.” 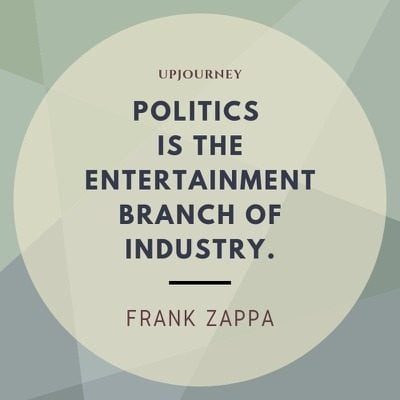 2. “Communism doesn’t work because people like to own stuff.”

3. “The United States is a nation of laws: badly written and randomly enforced.”

1. “I searched for years I found no love. I’m sure that love will never be a product of plasticity.”

2. “Everybody believes in something and everybody, by virtue of the fact that they believe in something, uses that something to support their own existence.”

3. “You can’t be a real country unless you have a beer and an airline. It helps if you have some kind of a football team or some nuclear weapons, but at the very least you need a beer.”

4. “If you want to get laid, go to college. If you want an education, go to the library.”

5. “The computer can’t tell you the emotional story. It can give you the exact mathematical design, but what’s missing is the eyebrows.”

7. “It isn’t necessary to imagine the world ending in fire or ice. There are two other possibilities: one is paperwork, and the other is nostalgia.”

8. “I never set out to be weird. It was always other people who called me weird.”

9. “Art is making something out of nothing and selling it.” 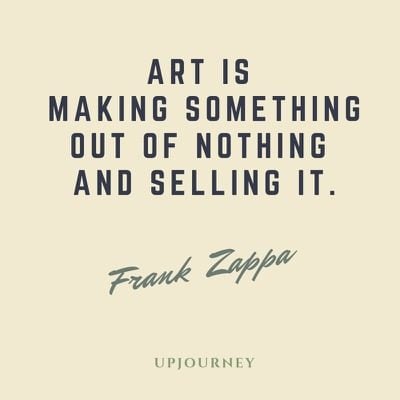 10. “There is more stupidity than hydrogen in the universe, and it has a longer shelf life.”

12. “Without deviation progress is not possible.”

13. “One of my favorite philosophical tenets is that people will agree with you only if they already agree with you. You do not change people’s minds.”