George Washington Carver was an American inventor and agricultural scientist. He is also regarded as the ‘Father of Chemurgy’ and listed among the ‘100 Great African-Americans’.

While teaching at Tuskegee Institute, Carver developed various methods to recover depleted soils by repeated plantings of cotton. He wanted low-income farmers to grow alternative crops, such as sweet potatoes and peanuts as a food source to enhance their quality of life.

He came up with several new techniques of growing them which were later published in his bulletin titled “How to Grow the Peanut and 105 Ways of Preparing it For Human Consumption” in 1916. However, although he spent years cultivating and developing numerous products made from peanuts, only some of them became commercially successful.

Aside from his work to enhance the lives of farmers, Carver was also an advocate for environmentalism. His notable contributions as a botanist have been recognized with various awards including the Roosevelt Medal for Outstanding Contribution to Southern Agriculture.

He was widely known and admired in the white community for his skills and accomplishments. We have compiled some of the most notable quotes and sayings by George Washington Carver which have been extracted from his articles, books, bulletins, and other works.

1. “How far you go in life depends on your being tender with the young, compassionate with the aged, sympathetic with the striving and tolerant of the weak and strong. Because someday in your life you will have been all of these.”

2. “It is not the style of clothes one wears, neither the kind of automobile one drives nor the amount of money one has in the bank, that counts. These mean nothing. It is simply service that measures success.” 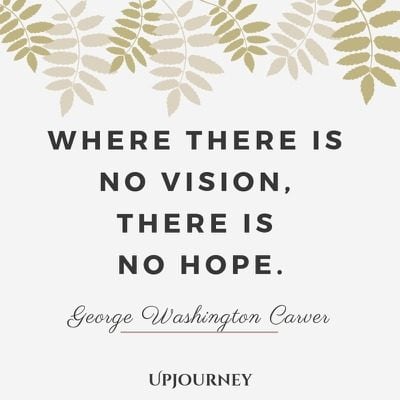 4. “Ninety-nine percent of the failures come from people who have the habit of making excuses.”

5. “No individual has any right to come into the world and go out of it without leaving behind him distinct and legitimate reasons for having passed through it.”

6. “We have become 99 percent money mad. The method of living at home modestly and within our income, laying a little by systematically for the proverbial rainy day which is due to come, can almost be listed among the lost arts.”

7. “There is no short cut to achievement. Life requires thorough preparation – veneer isn’t worth anything.”

8. “When you can do the common things of life in an uncommon way, you will command the attention of the world.”

1. “Reading about nature is fine, but if a person walks in the woods and listens carefully, he can learn more than what is in books, for they speak with the voice of God.”

2. “Our creator is the same and never changes despite the names given Him by people here and in all parts of the world. Even if we gave Him no name at all, He would still be there, within us, waiting to give us good on this earth.”

5. “Nothing is more beautiful than the loveliness of the woods before sunrise.” 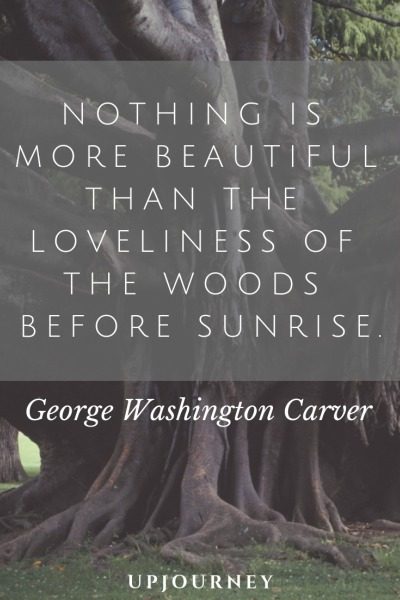 6. “I love to think of nature as an unlimited broadcasting station, through which God speaks to us every hour if we will only tune in.”

1. “Since new developments are the products of a creative mind, we must, therefore, stimulate and encourage that type of mind in every way possible.”

2. “Years ago I went into my laboratory and said, ‘Dear Mr. Creator, please tell me what the universe was made for?’ The Great Creator answered You want to know too much for that little mind of yours. Ask for something more your size, little man.”

3. “Human need is really a great spiritual vacuum which God seeks to fill… With one hand in the hand of a fellow man in need and the other in the hand of Christ, He could get across the vacuum.”

4. “No books ever go into my laboratory. The thing I am to do and the way are revealed to me the moment I am inspired to create something new. Without God to draw aside the curtain, I would be helpless. Only alone can I draw close enough to God to discover His secrets.”

5. “If you love it enough, anything will talk with you.”

6. “God cannot use you as He wishes until you come into the fullness of His Glory. Do not get alarmed, my friend, when doubts creep in. That is old Satan. Pray, pray, pray.”

7. “Fear of something is at the root of hate for others, and hate within will eventually destroy the hater.”

8. “When our thoughts – which bring actions – are filled with hate against anyone, Negro or white, we are in a living hell. That is as real as hell will ever be.”

9. “Education is the key to unlock the golden door of freedom.” 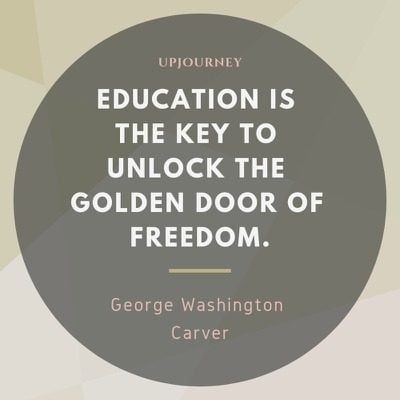