Rollins’ music career started as he became the vocalist of ‘State of Alert’ band. He also made several outstanding contributions as a solo artist. Music career aside, Rollins is well-known for his antics as a radio and television host.

Apart from his career in the entertainment industry, Rollins has effectively used his influence and social position to campaign for and promote World Hunger Relief, LGBT rights, the West Memphis Three and so much more.

He also wrote some profoundly meaningful quotes over the years. These quotes affect various aspects of life and present some food for thought. Here are the top 44 Henry Rollins Quotes about life, music, love, travel, and so much more.

1. “Giving a good performance, giving it all is what it’s all about. I love to perform.”

2. “So, one way or another, I found myself in a few movies. I take it seriously when I’m on the set, but I don’t take myself seriously as an actor.”

4. “I can only write about personal stuff, about my point of view.” 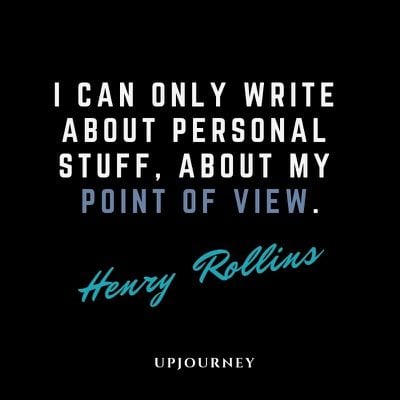 5. “I don’t mean to be arrogant and I really appreciate my fans but talking about what I am doing is not something I’m good at. I do what I do and that’s it. I want to get back to my work and do more of it instead of talking about it.”

6. “I’m most in my element on tour, with a gig that day, like today. I’m on the road where I am supposed to be. I will be where I’m supposed to be at nighttime, on stage, in front of people, doing my thing.”

7. “I just get things done instead of talking about getting them done. I don’t go out and party. I don’t smoke, drink or do drugs and I’m not married, that leaves a lot of time for my work.”

8. “I don’t mind The Boss. I think he’s an honest guy. I have some of his records, not all of them. I’ve met a couple of the E-Street guys, and they seem really cool.”

9. “I mean I appreciate fan mail and that the people like what I am doing but I can’t answer it. If I would answer 25 letters a day I would be just a guy answering mail and not an artist anymore.”

11. “I can deal with people who watch me on stage but I am not good at communicating with people any other way than through my work.”

12. “This is my 25th year of being on stage. A lot of people who I kind of toed up to the starting line with are no longer in this position. I feel very, very lucky.”

13. “I can’t remember that I ever had just a minute of stage fright.” 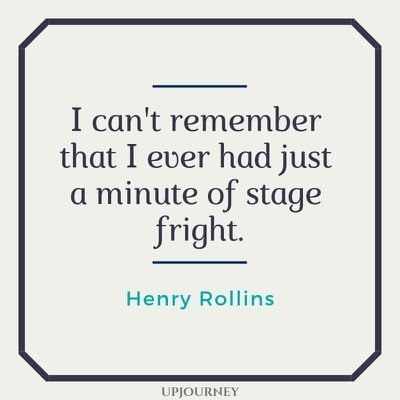 14. “Being an artist is dragging your innermost feelings out, giving a piece of yourself, no matter in which art form, in which medium.”

15. “I’ve always seen it as the role of an artist to drag his inside out, give the audience all you’ve got. Writers, actors, singers, all good artists do the same. It isn’t supposed to be easy.” 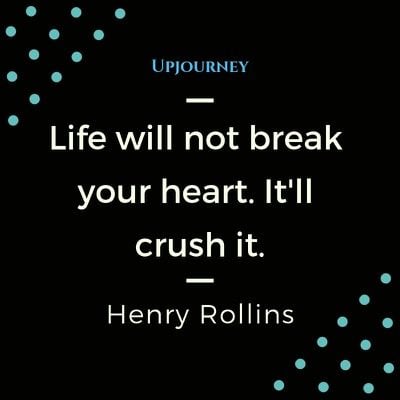 5. “Keep your blood clean, your body lean, and your mind sharp.”

6. “Yes, I guess you could say I am a loner, but I feel more lonely in a crowded room with boring people than I feel on my own.”

8. “As long as I tell the truth I feel that nobody can touch me.”

9. “I want to change things for the better, just like everybody else.”

10. “Sometimes the truth hurts. And sometimes it feels really good.”

11. “Hope is the last thing a person does before they are defeated.” 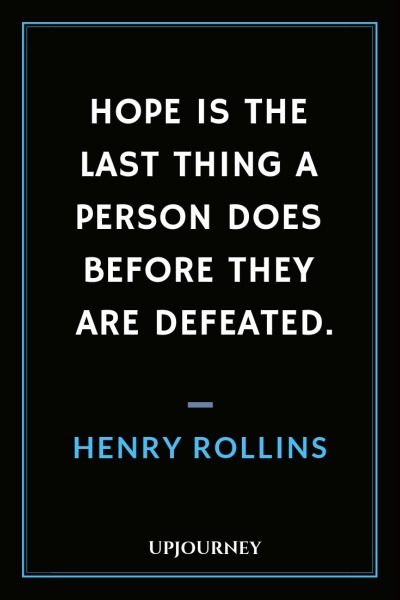 12. “I don’t believe in fate or destiny. I believe in various degrees of hatred, paranoia, and abandonment. However much of that gets heaped upon you doesn’t matter – it’s only a matter of how much you can take and what it does to you.”

13. “I am an optimist because I want to change things for the better and I know that blood has to be spilled and disharmony and cruelty are necessary to do that.”

1. “The blues is losing someone you love and not having enough money to immerse yourself in drink.”

2. “To hate is to show you still care, who needs that, focus on what’s really important.”

3. “Don’t do anything by half. If you love someone, love them with all your soul. When you go to work, work your ass off. When you hate someone, hate them until it hurts.” 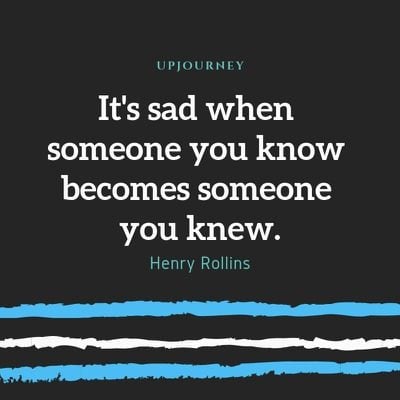 1. “I forged myself out of a vacuum. I crawl along the highway on hacked off stumps year after year. Some wonder how and why. I never do.”

2. “So I’m more at home with my backpack, sleeping in a hotel room or on a bus or on an airplane than I am necessarily on a bed. It’s weird being here. It feels like I’m standing next to my real life.”

3. “Nothing brings people together more, then mutual hatred.”

4. “My optimism wears heavy boots and is loud.”

5. “Scar tissue is stronger than regular tissue. Realize the strength, move on.” 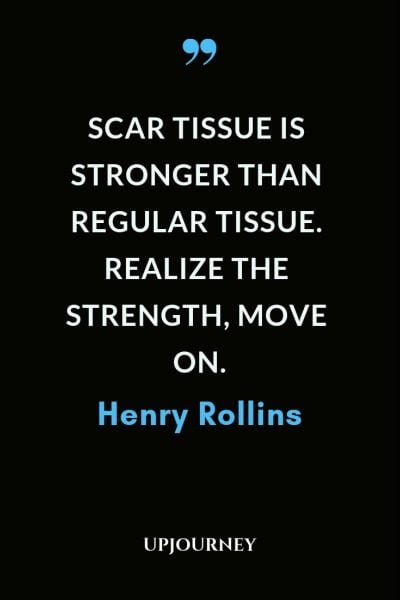 6. “I think about the meaning of pain. Pain is personal. It really belongs to the one feeling it. Probably the only thing that is your own. I like mine.”

7. “Why do you think the old stories tell of men who set out on great journeys to impress the gods? Because trying to impress people just isn’t worth the time and effort.”

9. “I’m 36 and if I met a woman of my own age and married her, I’d also be marrying her former life, her past. It might be OK for some people – I don’t want to judge it or anything – but it’s not for me. It would destroy my creativity.”

10. “The only difference between me and others is that they think they can change something with cute little poems, nice cards or embracing trees and being nice to little lapdogs.”

We hope you enjoyed this collection of inspiring quotes and sayings. We would also suggest you read The Portable Henry Rollins to learn more about his life and works.