The job interview is over. They’ve asked their questions, and you gave them your best answers. There’s nothing much you can do now but wait for their response.

Like many others in your shoes, you’re wondering to yourself, “how long does it take to get the job offer after the interview?”, “will I get the job or not?”

Here’s how long you must wait, according to experts: 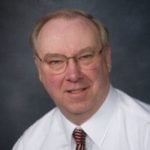 Over a 41-year career, while working full time, I had six different employers (and I also tested the waters on several other occasions while looking for new opportunities). So over the years, I’ve received quite a few job offers, and the timeline from interview to job offer truly “ran the gamut.”

On two different occasions, I received an immediate offer on the spot (at the close of interview processes that lasted an entire, long day). On another occasion, after interviewing in two major cities on separate days, I received an offer over the phone the morning after I’d flown home from the second interview.

One time, the (so-called) shortlist included several candidates who were interviewed over an entire week, and I was interviewed on a Monday, so I heard absolutely nothing for nine days.

Thus, the possible timeline does depend on many variables, such as:

In addition to all those variables that may impact the hiring process, the top candidate may turn down the offer. Thus, the second-place candidate (or even somebody lower on the original shortlists) may eventually get an offer at a much later date!

So at the end of an interview that I’d considered to have been “successful,” I always asked about the decision-making timeline that the hiring team anticipated. More often than not, they were able to share an answer so that I had a half-way decent idea of when I might be contacted. 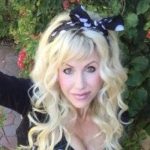 It significantly depends on the stage of the company, position sought, and the competitiveness of the recruiting market

Stage of the company:

Generally, a fast-growing startup will hire faster than a more established company because the need for hiring is acute, and the hierarchy in the decision-making process is shorter. So usually the startups go for the “hire fast, fire fast” formula.

On the other hand, established company candidates will go through several rounds of interviews, then follow the recruiting pipeline for vetting, which can take up to several weeks.

In the beginning, we hired several people on the spot because the interviews were conducted directly by the founder, so the decision-making process was quick. However, as we grew the company and headcount, more team members got involved in the hiring process, so after the interview, we had a long debate process.

For lower-level positions, the job offer will most likely come faster than for executive positions.

Traditionally, management roles and C-suite positions take longer to fulfill because the stakes are higher, so the vetting process, including reference checks, is conducted over a longer period. At our company, we hired quickly for data entry and administration jobs, but much slower for the CTO position.

Competitiveness of the recruiting market:

In an employee market where more employers are looking to hire than employees available, candidates should expect faster job offers. By contrast, when the unemployment rate is high, companies will take their time to compare candidates and make a final decision.

Nowadays, everyone is looking for software developers and other technical professionals. Because of the shortage in available candidates, many companies make quick job offers for specialized roles in the hope of luring in the appropriate candidates before they get to talk to the competition.

In conclusion, on average, a candidate should expect an offer between a day and two weeks.

But what both the company and candidate should focus on is not how fast the process goes, but how good of a match it is for both of them. 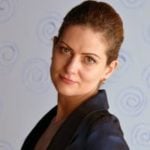 We’ve studied the journeys of hundreds of thousands of job applicants who used the Transformify Freelance Platform and HR Software to land a job. On average, each job listing receives 85 applicants.

In most cases, the recruiters select 5-9 candidates who are invited to the first round of interviews. Depending on the role, there may be up to 5 interviews, although, in the majority of cases, there are 2-3 interviews.

Senior management roles and ”C” level may take up to 6 months due to the particular requirements around the previous experience of the candidates, their credentials, references, etc. 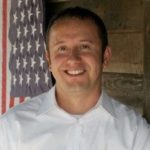 Usually, we will conduct an initial interview, and after that interview, the people that we find to be a good fit get a second interview. This second interview usually takes place about one and a half to two weeks after the initial one. This way, we have enough time to process people from the initial meeting and review our interview notes.

After the second interview, it may take less than a week

Generally, once we conclude the second interview, I have a good idea of whether or not we would like to move forward and sometimes will offer them on the spot. Other times, if I have several candidates that we are trying to choose between, it may be a week before we notify them that we would like to proceed. Generally, for us, it is less than a week, however.

Here is where our industry gets a little bit different than many others:

If they have a current insurance license, we will begin the paperwork and the contracting process, getting them appointed with all of our insurance companies. From start to finish, this generally takes about two to three weeks to get everything processed and finalized for them to begin work.

A person who doesn’t have an insurance license will generally take six to seven weeks from the time of the first interview, until beginning employment. In some companies, interviews move pretty quickly, but on-boarding, contracting, and obtaining insurance licensing can slow the process down quite a bit.

One great tip, I can give to candidates who would like to get into the insurance industry is to go ahead and obtain your insurance license.

You don’t have to have a job already in place with an insurance agency to obtain your license. By doing this, you show how serious you are about getting into the business, which is a big plus when you’re interviewing with potential agencies to work with. 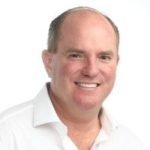 Searching for a job is a mutual selection process between the employer and the employee. Some posts require a very special set of skills. Though, in the majority of cases, if an employer wants to make a job offer to the candidate, they understand that other companies might want to hire this person too. Thus, the employer will try to be quick.

A small business owner might even inform the candidate that they are ready to make the offer during the interview itself. In corporations, a hiring manager might need to obtain official written approval from the head of the function. The head of HR also make requests in the internal talent management system, etc. Thus, the process may take weeks.

The candidates should not be discouraged if the waiting time appears to be longer than expected. Though, the best practice is to ask for the feedback lead time during the interview and follow up with the recruiter if they don’t get a response within the agreed timing. 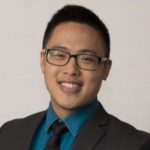 Companies have different hiring practices. A large government agency may take months to process an interview, references, and paperwork while a small private firm can hire you on the spot. Being a hiring manager for a small firm, we have hired employees the same day as the interview and processed their paperwork.

This usually comes down to the firm, how quickly they need the workforce, and how good you are at the interview

If the hiring manager is on the fence with your interview, they could be doing additional interviews and comparisons before getting back to you. The most important thing is to be patient while you wait, follow up, and continue looking for other opportunities. This makes you both stand out and keeps your options open while you wait. 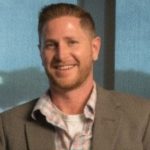 It depends on the company. You can also get a good sense of how effective and efficient or unorganized that they are as an organization.

A strong company in growth mode will have a defined interview process with set questions and a rubric to grade against, as well as some sort of project or case study to allow them to make quick decisions based on facts and not gut feelings.

If a qualified candidate is not contacted or ‘kept in the loop’ for weeks to months, those are some serious red flags, and the candidate should take that as a sign that it may be in their best interest to move on.

I would also question how an organization feels about you as the most qualified candidate if, after several weeks or months, they do decide to make an offer. That may indicate that you were not their first choice, and an offer fell through to another candidate. 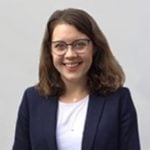 There is no hard and fast rule for this one

However, as per my experience, the time frame depends on the job role and the urgency to hire an employee. For a higher level, jobs companies usually take 3-4 weeks. As among hundreds of candidates, they aim to an employee that can align with the organization’s values and workflow. 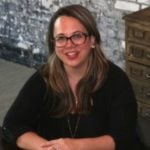 The length of time it takes to get a job offer after an interview depends on many, many variables. The average time it takes to fill a position is 45 days. So that being said, a company is generally in the heat of their interview process by the 30-day mark and ready to make decisions and offers by their 40-45 day mark.

In general, a company has more than one person interviewing for a position, so they need to see all interviews before making a decision and offer. After the final meeting with a candidate, if they are the chosen ones, they should expect to receive an offer anywhere from 1-5 days. 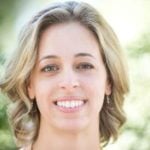 Once you’ve made it to the job interview stage with a potential employer, you can expect to hear back within one to two weeks on whether they are still considering you for the position and if an offer will be made. Be sure to send a follow-up email thanking your interviewer within a couple of days of having the interview, but then give yourself some time to relax and regroup while you wait for their response.