Immanuel Kant was a prominent German philosopher during the late 18th century. His philosophy revolved around the Ethics and Morals that affect our judgment and reasoning.

Kant disputed reality by arguing that humans only believe in the things that we already know about when in fact, numerous things exist that are yet unknown to us. His ideologies continue to have a significant influence on modern philosophy, particularly in the fields of ethics, epistemology, post-modern aesthetics, and political theory among many others.

Although Kant kept himself away from any religion, he recognized the influence of religion in human life. His ideologies are well reflected in all his writings and quotations.

Listed below are the top 35 Immanuel Kant quotes and sayings that reflect his views on ethics, wisdom, religion, enlightenment, and many more.

1. “I had, therefore, to remove knowledge, in order to make room for belief.”

2. “Seek not the favor of the multitude; it is seldom got by honest and lawful means. But seek the testimony of few; and number, not voices, but weigh them.”

4. “It is beyond a doubt that all our knowledge that begins with experience.” 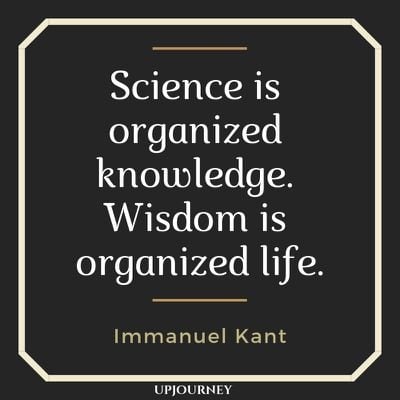 7. “Experience without theory is blind, but theory without experience is mere intellectual play.”

8. “Intuition and concepts constitute… the elements of all our knowledge, so that neither concepts without an intuition in some way corresponding to them, nor intuition without concepts, can yield knowledge.”

9. “All our knowledge begins with the senses, proceeds then to the understanding, and ends with reason. There is nothing higher than reason.”

10. “But although all our knowledge begins with experience, it does not follow that it arises from experience.”

11. “Immaturity is the incapacity to use one’s intelligence without the guidance of another.

12. “A categorical imperative would be one which represented an action as objectively necessary in itself, without reference to any other purpose.”

1. “Two things awe me most, the starry sky above me and the moral law within me.” 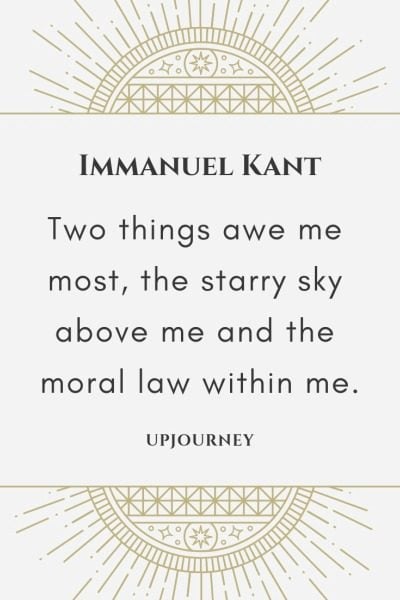 4. “So act that your principle of action might safely be made a law for the whole world.”

5. “In law, a man is guilty when he violates the rights of others. In ethics, he is guilty if he only thinks of doing so.”

6. “From such crooked wood as that which man is made of, nothing straight can be fashioned.”

7. “Live your life as though your every act were to become a universal law.”

8. “May you live your life as if the maxim of your actions were to become a universal law.”

1. “Religion is the recognition of all our duties as divine commands.”

2. “Nothing is divine but what is agreeable to reason.” 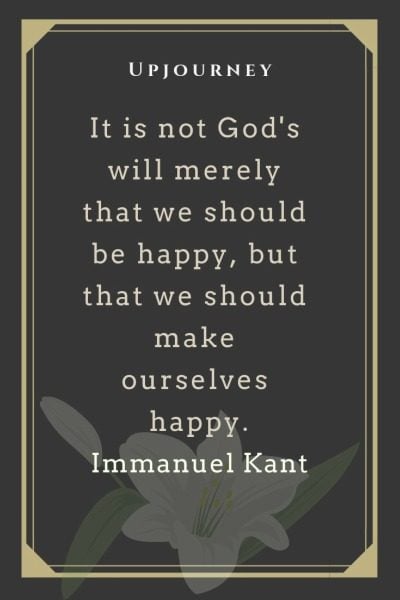 2. “All thought must, directly or indirectly, by way of certain characters, relate ultimately to intuitions, and therefore, with us, to sensibility, because in no other way can an object be given to us.”

3. “Happiness is not an ideal of reason, but of imagination.” 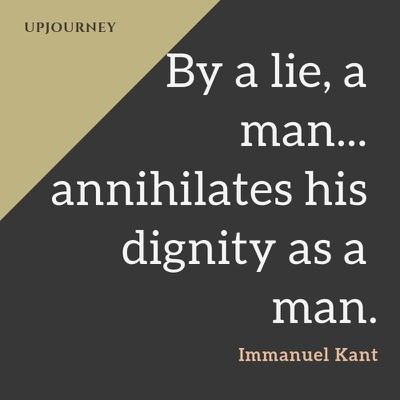 5. “Even philosophers will praise war as ennobling mankind, forgetting the Greek who said: War is bad in that it begets more evil than it kills.”

6. “Ingratitude is the essence of vileness.”

7. “If a man makes himself a worm he must not complain when he is trodden on.”

8. “Metaphysics is a dark ocean without shores or lighthouse, strewn with many a philosophic wreck.”

9. “Always recognize that human individuals are ends, and do not use them as means to your end.”

11. “He who is cruel to animals becomes hard also in his dealings with men. We can judge the heart of a man by his treatment of animals.”

12. “All the interests of my reason, speculative as well as practical, combine in the three following questions: 1. What can I know? 2. What ought I to do? 3. What may I hope?”

If you’re interested in learning more of Immanuel Kant’s writings, we would suggest you read his three notable books, Three Critiques, 3-Volume Set.