Jean-Louis Kérouac, simply known as Jack Kerouac, was an American poet and novelist of French-Canadian descent, whose career reached true success after publishing the novel On the Road.

Kerouac was also a pioneer of the Beat Generation alongside Allen Ginsberg and William S. Burroughs. He is recognized for having a spontaneous style in writing, and his work covers topics such as Catholic spirituality, drugs, promiscuity, jazz, poverty, Buddhism, and travel. He then became an underground celebrity and a forerunner of the hippie movement (although he remained opposing toward some of its politically radical elements).

Despite having a great writing career, Kerouac became a victim of alcohol and drug abuse. In 1969, he died from an abdominal hemorrhage induced by a lifetime of heavy drinking. His work, however, continues to captivate and inspire today’s generation.

We have compiled some of the most notable Jack Kerouac quotes and sayings that explore his thoughts and views regarding self, writing, life, and more.

1. “My story is endless. I put in a teletype roll, you know, you know what they are, you have them in newspapers, and run it through there and fix the margins and just go, go – just go, go, go.”

3. “All my editors since Malcolm Cowley have had instructions to leave my prose exactly as I wrote it. In the days of Malcolm Cowley, with ‘On the Road’ and ‘The Dharma Bums’, I had no power to stand by my style for better or for worse.”

5. “Symbolism is alright in ‘fiction,’ but I tell true life stories simply about what happened to people I knew.” 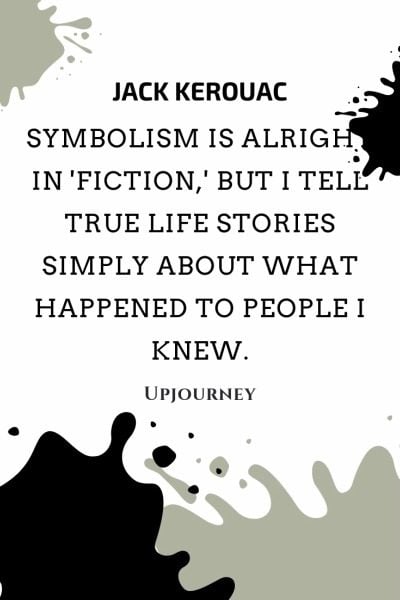 Jack Kerouac Quotes About Self

1. “I had nothing to offer anybody except my own confusion.” 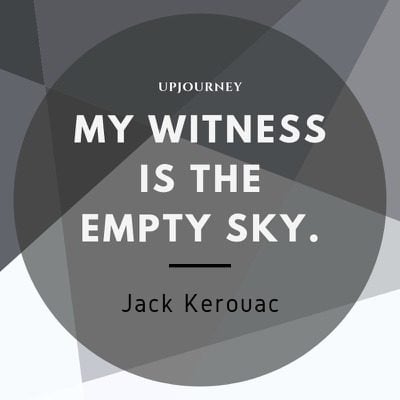 3. “My fault, my failure, is not in the passions I have, but in my lack of control of them.”

1. “Maybe that’s what life is… a wink of the eye and winking stars.” 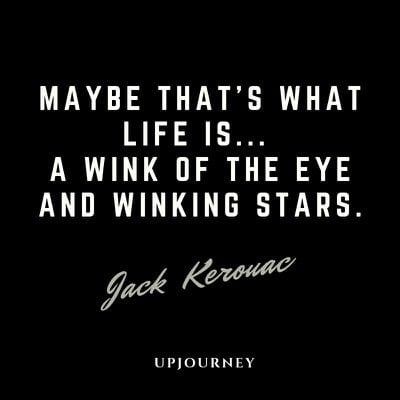 2. “I hope it is true that a man can die and yet not only live in others but give them life, and not only life but that great consciousness of life.”

1. “Whither goest thou, America, in thy shiny car in the night?”

2. “Our battered suitcases were piled on the sidewalk again; we had longer ways to go. But no matter, the road is life.”

3. “My manners, abominable at times, can be sweet.”

4. “All human beings are also dream beings. Dreaming ties all mankind together.” 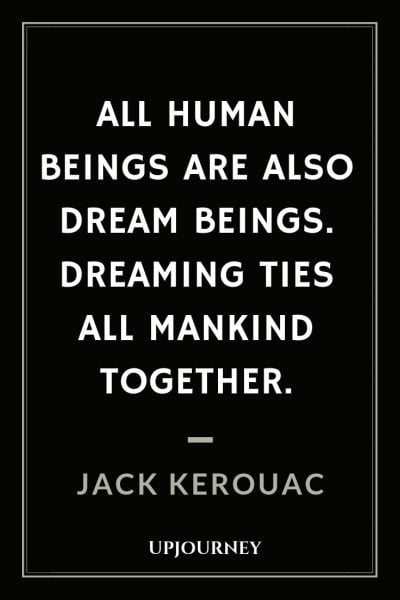 5. “Notoriety and public confession in the literary form is a frazzler of the heart you were born with, believe me.”

6. “The only people for me are the mad ones: the ones who are mad to live, mad to talk, mad to be saved, desirous of everything at the same time, the ones who… burn, burn, burn like fabulous yellow Roman candles.”

7. “If moderation is a fault, then indifference is a crime.”

8. “A pain stabbed my heart as it did every time I saw a girl I loved who was going the opposite direction in this too-big world.”

9. “All our best men are laughed at in this nightmare land.”

10. “My father and my mother and my sister and I have always voted Republican, always.”

11. “I got all my boyhood in vanilla winter waves around the kitchen stove.”

12. “Avoid the world, it’s just a lot of dust and drag and means nothing in the end.”

13. “Great things are not accomplished by those who yield to trends and fads and popular opinion.” 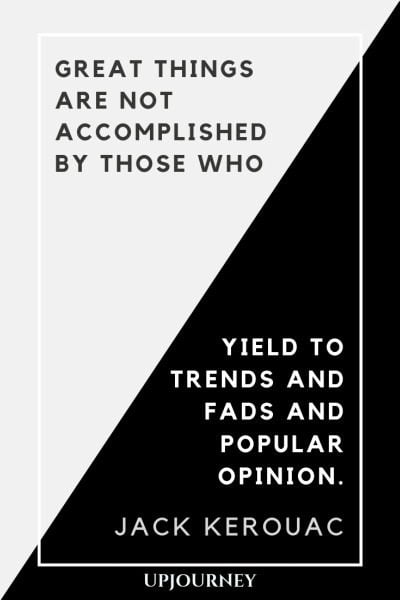 If you would like to know more about the writings of Jack Kerouac, we would suggest you read his book On the Road.