James Douglas Morrison, most commonly known by people as Jim Morrison, was an American singer, songwriter, and an iconic personality in the rock music industry. He’s best remembered as the lead vocalist of the rock band ‘The Doors.’

Due to his unique voice, poetic lyrics, wild live performances, and the dramatic events surrounding his life, Morrison is considered both by music critics and fans as one of the most influential and iconic vocalists in rock music.

Aside from singing, Morrison was also well known for improvising spoken word poetry while the band played live. He was famous for being a rebel and not only did he inspire the musicians of his generation, but also the musicians of today.

Through his powerful songs and heartfelt poems, Morrison delivered a lot of wisdom that is still quoted by people up until this day. Here are 35 of the best Jim Morrison quotes about life, freedom, and many more.

1. “Actually I don’t remember being born, it must have happened during one of my blackouts.”

2. “There are things known and things unknown and in between are the doors.” 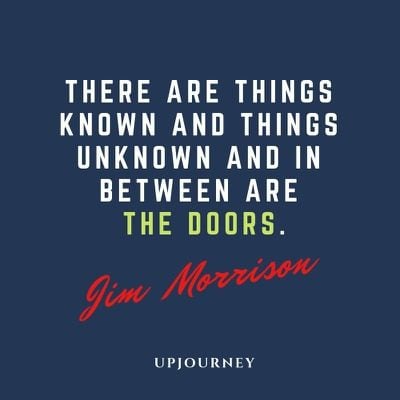 3. “I think in art, but especially in films, people are trying to confirm their own existences.”

4. “It’s like gambling somehow. You go out for a night of drinking and you don’t know where you’re going to end up the next day. It could work out good or it could be disastrous. It’s like the throw of the dice.”

5. “I see myself as an intelligent, sensitive human, with the soul of a clown which forces me to blow it at the most important moments.”

6. “Some of the worst mistakes of my life have been haircuts.”

7. “This is the strangest life I’ve ever known.”

2. “I am interested in anything about revolt, disorder, chaos-especially activity that seems to have no meaning. It seems to me to be the road toward freedom… Rather than starting inside, I start outside and reach the mental through the physical.”

3. “The most important kind of freedom is to be what you really are. You trade in your reality for a role. You give up your ability to feel, and in exchange, put on a mask.”

4. “The time to hesitate is through.” 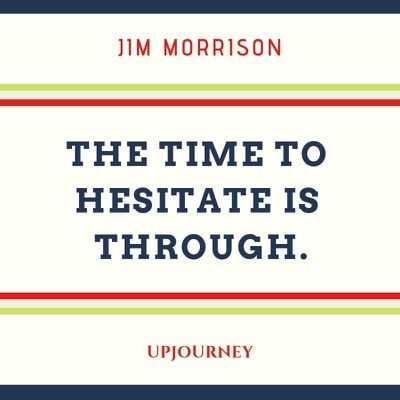 5. “When you make your peace with authority, you become authority.”

1. “People fear death even more than pain. It’s strange that they fear death. Life hurts a lot more than death. At the point of death, the pain is over. Yeah, I guess it is a friend.”

2. “The appeal of cinema lies in the fear of death.”

3. “We fear violence less than our own feelings. Personal, private, solitary pain is more terrifying than what anyone else can inflict.” 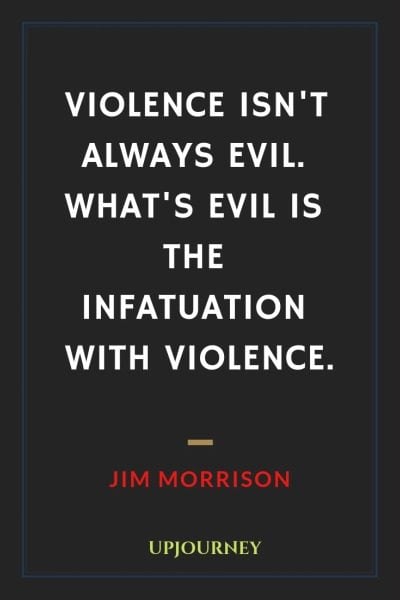 5. “Expose yourself to your deepest fear; after that, fear has no power, and the fear of freedom shrinks and vanishes. You are free.”

6. “Death makes angels of us all and gives us wings where we had shoulders smooth as ravens claws.”

1. “Friends can help each other. A true friend is someone who lets you have total freedom to be yourself – and especially to feel. Or, not feel. Whatever you happen to be feeling at the moment is fine with them. That’s what real love amounts to – letting a person be what he really is.”

2. “A friend is someone who gives you total freedom to be yourself.” 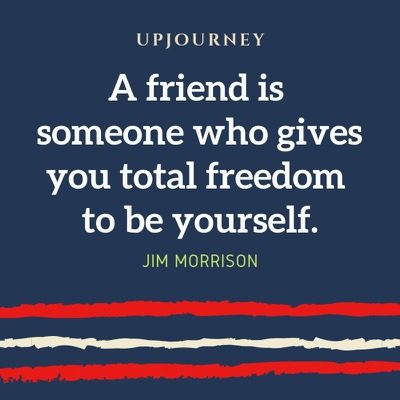 3. “Love cannot save you from your own fate.”

4. “The most loving parents and relatives commit murder with smiles on their faces. They force us to destroy the person we really are: a subtle kind of murder.”

1. “If my poetry aims to achieve anything, it’s to deliver people from the limited ways in which they see and feel.”

2. “I believe in a long, prolonged, derangement of the senses in order to obtain the unknown.”

4. “Sex is full of lies. The body tries to tell the truth. But, it’s usually too battered with rules to be heard, and bound with pretenses so it can hardly move. We cripple ourselves with lies.”

7. “Each generation wants new symbols, new people, new names. They want to divorce themselves from their predecessors.”

8. “I like any reaction I can get with my music. Just anything to get people to think. I mean if you can get a whole room full of drunk, stoned people to actually wake up and think, you’re doing something.”

9. “Blake said that the body was the soul’s prison unless the five senses are fully developed and open. He considered the senses the ‘windows of the soul.’ When sex involves all the senses intensely, it can be like a mystical experience.”

10. “Hatred is a very underestimated emotion.” 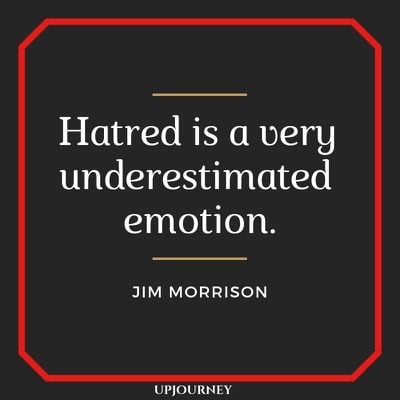 11. “Listen, real poetry doesn’t say anything it just ticks off the possibilities. Opens all doors. You can walk through anyone that suits you.”

12. “I like people who shake other people up and make them feel uncomfortable.”

Despite the controversial life that he led, he’s still remembered as the music legend that brought a revolution in the music industry. If you’d like to know more about the works and writings of the famous Jim Morrison, we would suggest you read The Lords and the New Creatures.