Joel Scott Osteen is an American televangelist, pastor, and author. His work inspires millions of people all over the world through live, online, and televised church services alike.

He is born in Houston, Texas, and is one of the six children of a Southern Baptist pastor. Osteen also studied television and radio communications but did not graduate and did not receive a degree. He then returned to Houston and founded Lakewood Church’s television program, where he produced his father’s televised sermons for 17 years.

Although his father encouraged him to preach for many years, he declined and preferred to work behind the scenes instead. However, in 1999, he finally accepted his father’s advice and preached his first sermon. Unfortunately, six days later, his father died of a heart attack. Weeks after, Osteen began preaching regularly and later that year he was appointed as the new senior pastor of Lakewood Church.

Today, Joel Osteen is one of the most watched evangelists in America. His sermons are streamed live on the internet and broadcast by television. His messages continue to inspire and touch people’s lives. We have collected some of the most notable Joel Osteen quotes and sayings that show his thoughts and views regarding life, faith, church, and more.

3. “I made a decision when my father passed away that I was going to be who God made me be and not try to preach like my father.”

4. “We were old sinners – but when we came to Christ we are not sinners anymore.” 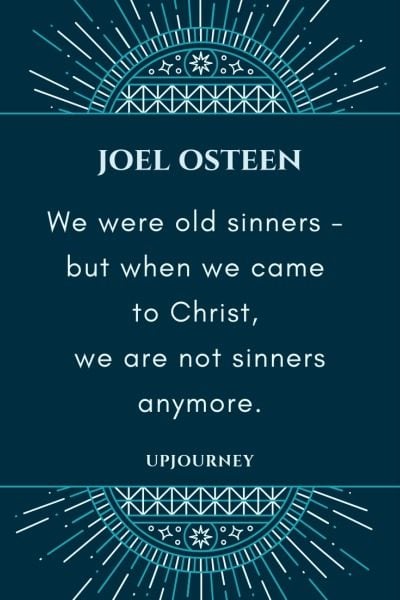 5. “I’m going to let God be the judge of who goes to heaven and hell.”

7. “God didn’t make a mistake when He made you. You need to see yourself as God sees you.”

8. “You may make some mistakes but that doesn’t make you a sinner. You’ve got the very nature of God on the inside of you.”

10. “When you focus on being a blessing, God makes sure that you are always blessed in abundance.”

11. “If Jesus were here today, he wouldn’t be riding around on a donkey. He’d be taking a plane, he’d be using the media.” 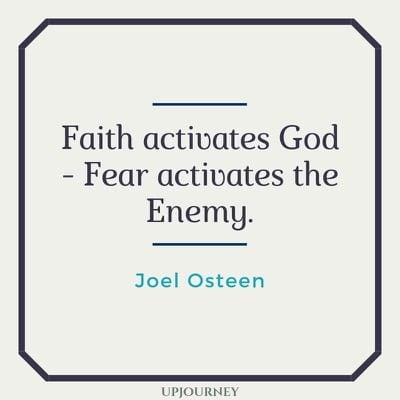 13. “I’m very careful about saying who would and wouldn’t go to heaven. I don’t know.”

14. “God wants us to prosper financially, to have plenty of money, to fulfill the destiny He has laid out for us.”

15. “If we say it long enough eventually we’re going to reap a harvest. We’re going to get exactly what we’re saying.”

18. “I try to speak in everyday language. I feel like God has gifted me to take Bible principles and make them practical.”

1. “You can change your world by changing your words… Remember, death and life are in the power of the tongue.”

2. “A good thing to remember is somebody’s got it a lot worse than we do.”

4. “Do all you can to make your dreams come true.” 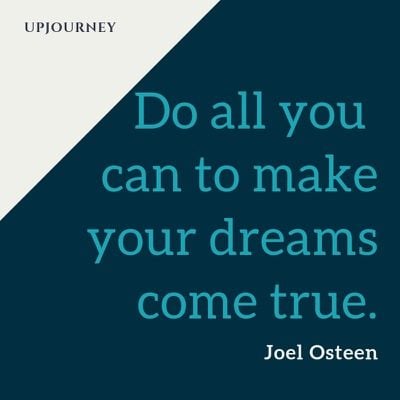 5. “Choosing to be positive and having a grateful attitude is going to determine how you’re going to live your life.”

7. “People respond when you tell them there is a great future in front of you, you can leave your past behind.”

1. “I don’t want to just preach to the church. I feel like I have a broader message.” 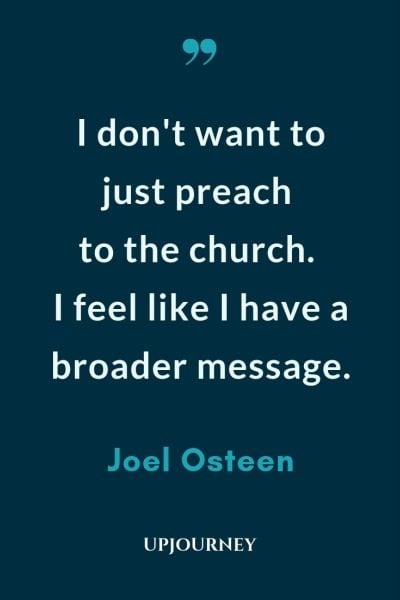 2. “A lot of churches have not moved with the times.”

4. “Most people already know what they’re doing wrong. When I get them to church I want to tell them that you can change.”

1. “I’ve never preached one sermon on money, on just finances. I want to stay away from it.”

2. “Prospering just doesn’t have to do with money.” 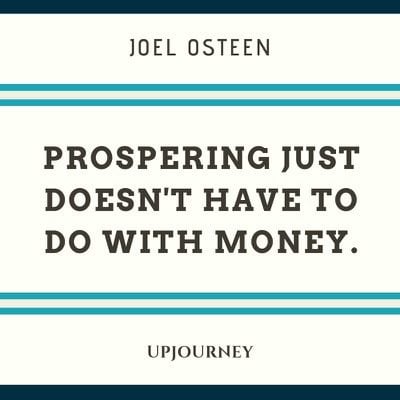 4. “If you want to rear financial blessings, you have to sow financially.”

If you would like to learn more about the life and writing of Joel Osteen, we would suggest you read Next Level Thinking: 10 Powerful Thoughts for a Successful and Abundant Life.