John Edmund Mulaney is an actor, writer, producer, and a well-known stand-up comedian. In 2018, he won the Primetime Emmy Award for Outstanding Writing for a Variety Special.

His style of comedy is usually a story-telling about his childhood, his love life, getting drunk as a teenager, and just making fun of himself in general.

Mulaney is best recognized for his work as a writer on Saturday Night Live as well as a stand-up comedian with stand-up specials titled New in Town, The Top Part, Kid Gorgeous, and The Comeback Kid. He was also the creator and the lead of the Fox sitcom Mulaney, which was a semi-autobiographical series about his fictional life.

He made his film debut in 2018, voicing the character of Peter Porker/Spider-Ham in a computer-animated superhero film Spider-Man: Into the Spider-Verse. Mulaney is also known for his voice acting work as Andrew Glouberman in the popular Netflix original animated show Big Mouth.

Aside from being known for his hilarious jokes and witty character, John Mulaney also shared inspirational words to his audience. Listed below are some of John Mulaney’s quotes that explore his views about life, home, family, and much more.

1. “The difficulty of getting a movie made through a major studio is so extreme that when a movie comes out, everyone should give it four stars because it was accomplished.” 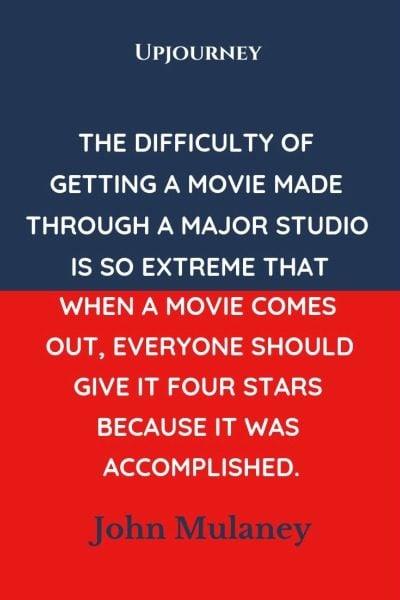 2. “I like making fun of myself a lot. I like being made fun of, too. I’ve always enjoyed it. There’s just something really, really funny about someone tearing into me.”

3. “I plan to join the ‘SNL’ band as a maraca player and stand behind saxophonist Lenny Pickett. That way they will at least cut to me before commercial breaks. I’ll be sure to look right into the camera.”

4. “Going on the road for long stretches can seem daunting, and I certainly miss being home sometimes, but the chance to see so many different cities, let alone perform in them, is something I am really grateful for.”

5. “All my money is in a savings account. My dad has explained the stock market to me maybe 75 times. I still don’t understand it.”

6. “Stand-up for me is just my opinions on things, so it wouldn’t be as fun translated into a sketch. Nor would a sketch be as fun if it were me standing there saying it.”

7. “As I got into high school and after puberty, I was a little more inward. I was a real extrovert when I was little, but I don’t know, I just got quieter… With my friends, I was still an extrovert.”

8. “You can do good work simply staying up all night and eating nothing but junk food, but probably not in the long term.”

9. “The more you do stuff, the better you get at dealing with how you still fail at it a lot of the time.”

10. “You can’t always see both sides of the story. Eventually, you have to pick a side and stick with it. No more equivocating. You have to commit.” 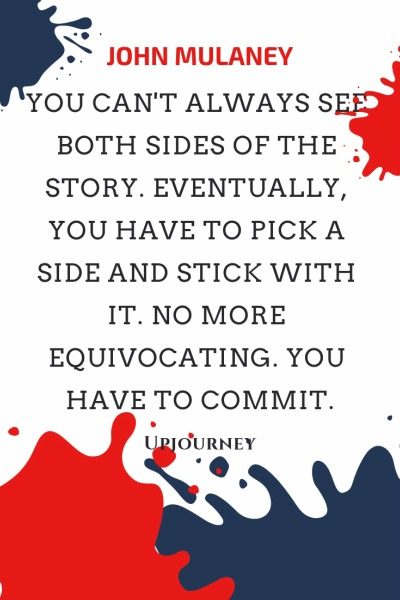 We hope you enjoyed this collection of John Mulaney quotes and sayings that shows his views about life, family, and many more.