Kanye Omari West is an American rapper, singer-songwriter, entrepreneur, record producer, and fashion designer. He is one of the best-selling music artists of all time and among the most critically acclaimed artists of the 21st century.

Throughout his career, West has dramatically influenced the progression of mainstream hip hop. During the early 2000s, West produced several hit singles for recording artists such as Ludacris, Jay-Z, and Alicia Keys. Intent on pursuing a solo career as a rapper, he released his debut album The College Dropout (2004) and founded the record label GOOD Music.

West went on to explore a variety of musical genres and released his subsequent albums titled Late Registration in 2005, Graduation in 2007, 808s & Heartbreak in 2008, My Beautiful Dark Twisted Fantasy in 2010, and Yeezus in 2013 among many others. He also released full-length collaborations with Jay-Z titled Watch the Throne (2011), as well as with Kid Cudi titled Kids See Ghosts (2018).

He has also won a total of 21 Grammy Awards, making him the most Grammy-awarded artist of his generation and one of the most awarded artists of all time. However, West’s outspoken conduct in various public settings has been a frequent source of controversy and his life outside of music have taken a lot of media attention. Nevertheless, Time magazine named Kanye West as one of the most influential people in the world in 2005 and 2015.

Here are some of the best Kanye West quotes and sayings that shows his thoughts and views about life, music, fashion, and many more.

1. “I refuse to accept other people’s ideas of happiness for me. As if there’s a ‘one size fits all’ standard for happiness.”

2. “Nothing in life is promised except death.” 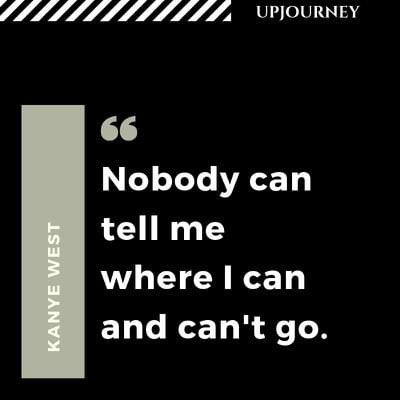 4. “I will go down as the voice of this generation, of this decade, I will be the loudest voice.”

6. “If you have the opportunity to play this game of life you need to appreciate every moment. a lot of people don’t appreciate the moment until it’s passed.”

7. “Keep your nose out the sky, keep your heart to god, and keep your face to the rising sun.”

1. “I am Warhol. I am the No. 1 most impactful artist of our generation. I am Shakespeare in the flesh.”

2. “I am God’s vessel. But my greatest pain in life is that I will never be able to see myself perform live.” 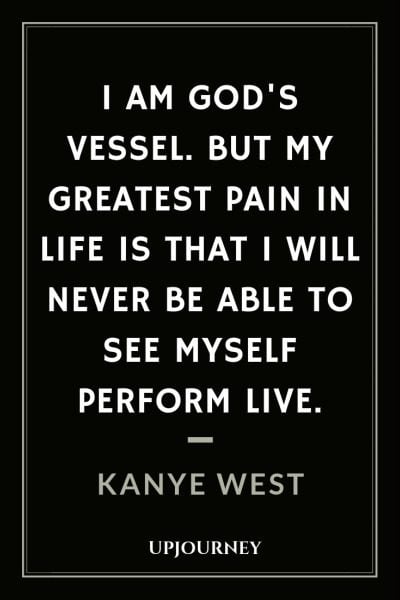 3. “I really appreciate the moments that I was able to win rap album of the year or whatever.”

4. “But for me to have the opportunity to stand in front of a bunch of executives and present myself, I had to hustle in my own way. I can’t tell you how frustrating it was that they didn’t get that. No joke – I’d leave meetings crying all the time.”

5. “I liberate minds with my music. That’s more important than liberating a few people from apartheid or whatever.”

1. “I thank Marc Jacobs so much for giving me the opportunity to design a shoe for Louis Vuitton, but the thing that broke my heart most was when they said, You’re finished. The shoe’s finished.”

2. “The concept of commercialism in the fashion and art world is looked down upon. You know, just to think, ‘What amount of creativity does it take to make something that masses of people like?’ And, How does creativity apply across the board?”

3. “Why, if someone is good in one field can they not be accepted or given the slightest opportunity to express and be creative in other fields?” 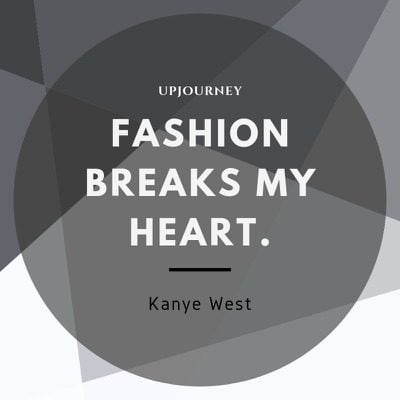 1. “I’ll say things that are serious and put them in a joke form so people can enjoy them. We laugh to keep from crying.”

2. “You don’t have to be scared of me, because I am loyal. Why are people so scared of creative ideas and so scared of the truth? All I want to do is do good.”

4. “I was never really good at anything except for the ability to learn.” 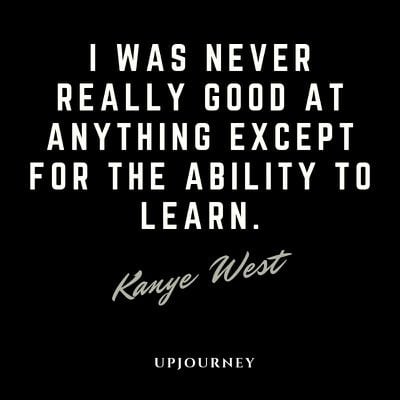 6. “Creative output, you know, is just pain. I’m going to be cliche for a minute and say that great art comes from pain.”

7. “Black people can be the most conservative, the most discriminating. Especially among ourselves. It wasn’t white people who said all black men have to wear baggy jeans.”

8. “My message isn’t perfectly defined. I have, as a human being, fallen to peer pressure.”

9. “I know I got angels watching me from the other side.”

If you would like to know more about the life of Kanye West, we would suggest you read Kanye West: God and Monster by Mark Beaumont.