Kendrick Lamar Duckworth, widely known by the public as Kendrick Lamar, is a famous rapper, record producer, and songwriter. He is also regarded as one of the most successful and talented hip hop artists of his generation.

Born and raised in Compton CA, Lamar comes from a neighborhood where rap legends such as Snoop Dog, Dr. Dre, and Ice Cube first began. He started his musical career as a teenager under the stage name “K-Dot,” and released a mixtape that received local attention and led to his signing with an indie record label. In 2011, he independently released his first studio album titled “Section.80” which included his debut single titled “HiiiPoWeR.”

Lamar amassed a massive online following after that, and he then started to collaborate with numerous prominent names in the hip hop industry, including Busta Rhymes, The Game, and Snoop Dogg. From there on, his career has exploded leading to huge critical claim and several Grammy awards. Time magazine also named him one of the 100 most influential people in the world in 2016, and aside from that, his album “Damn” became the first non-jazz and non-classical album to be awarded the Pulitzer Prize for Music in 2018. Despite being an award-winning artist, he maintains a humble attitude.

We have collected some of the most notable Kendrick Lamar quotes and sayings that explores his views and thoughts about self, music, life, and many more.

1. “When I went back to my old high school, all these kids looking at me like I’m the real big homie, the same way I look at Jay Z, Nas, or Dr. Dre. You would’ve thought Michael Jackson walked through that joint off the excitement that they had.”

2. “Being acknowledged for your work is always a great accomplishment, whether it’s people in my city, kids in the street, all the way up to the Grammys.”

4. “People are used to music that justifies street culture but something that’s not touched on is why these kids act the way they act, live the way they live.”

5. “I always felt like there was a certain standard of music that I had to do from the beginning, even when I didn’t have the recognition that I have now.”

6. “Eventually you get to this point where you understand what you want to do and get across and sound like.” 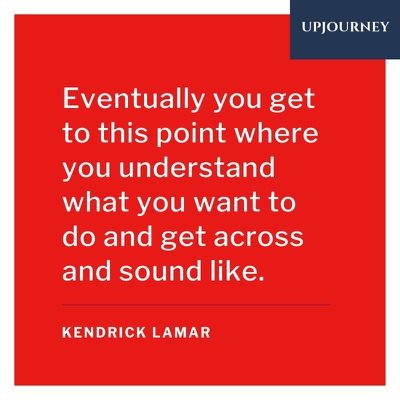 7. “I don’t really believe in the type of pressure that people are wanting to put on the type of music that I make.”

8. “I always thought money was something just to make me happy. But I’ve learned that I feel better being able to help my folks, ’cause we never had nothing. So just to see them excited about my career is more of a blessing than me actually having it for myself.”

9. “I’m sticking to the script, I’m putting that organic feeling back in the game.”

10. “My pops and my mom started playing Marvin Gaye and the Isley Brothers and all these people, but at the same time, they always had Snoop on right behind it in the same mix.” 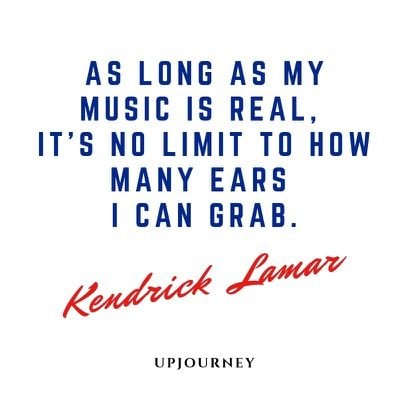 12. “Whenever I make music, it reflects where I’m at mentally.”

13. “My passion is bringing storylines around and constructing a full body of work rather than just a 16-bar verse.”

14. “The best thing is to always keep honest people around, because when you have a bunch of yes men around that know that you’re making a mistake but let you go on with it, that’s when it ruins your mind state as an artist.”

Kendrick Lamar Quotes About Self

1. “I learned when I look in the mirror and tell my story, that I should be myself and not peep whatever everybody is doing.”

2. “I think my worst problem is actually living in the moment and understanding everything that’s going on. I feel like I’m in my own bubble.”

4. “I’ve been called a recluse. There’s definitely truth in that. I like to spend time alone.”

5. “I don’t want to be something that just comes and goes.” 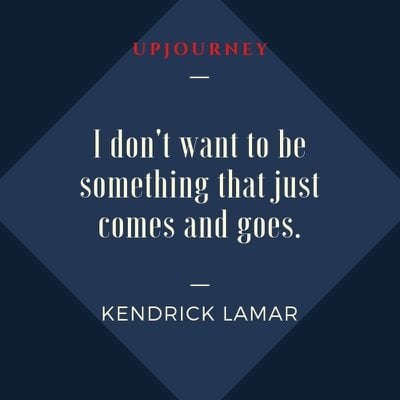 1. “I had to come from something, come from a place that was negative and positive but the majority of it is a negative place.”

2. “If my edge is dull, my sword is dull, and I don’t want to fight another guy whose sword is dull. If you’ve got two steel swords going back and forth hitting each other, what’s gonna happen? Both of them are going to get sharper. Everybody that’s in the industry has lost their edge.”

3. “I look at where I’m at today and realize that most of my success is owed to the mentors that were in my life.” 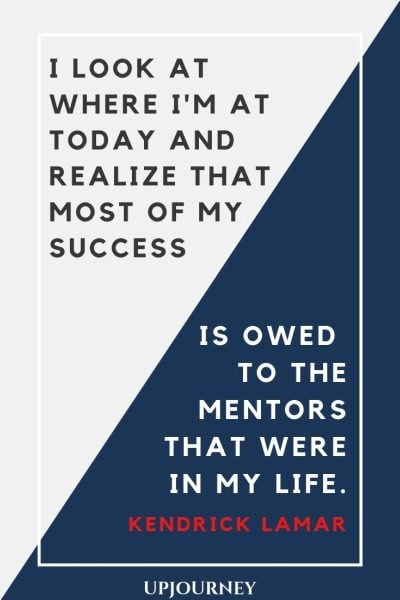 1. “We’re in the last days, man – I truly, in my heart, believe that. It’s written. I could go on with biblical situations and things my grandma told me. But it’s about being at peace with myself and making good with the people around me.”

3. “When I ask OGs why there’s so much division in the streets, nobody never really knows. But you know one thing that everybody always mentions? A woman.”

4. “When you go on your Twitter or look down your Timeline and it’s all great positivity – I love that. But at the same time, it can really divert you from what your purpose is or what you’re trying to do. And I’ve seen artists get caught up in that.” 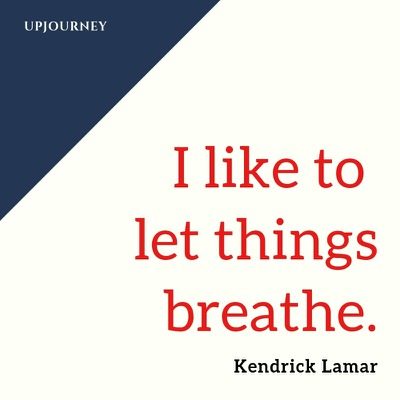 6. “I always tell people that if I move anywhere it would be Toronto.”

7. “My folks ain’t graduated from high school or nothing like that, so we always had to struggle in the family – and I come from a big family.”

9. “My moms always told me, ‘How long you gonna play the victim?’ I can say I’m mad and I hate everything, but nothing really changes until I change myself.”

10. “When everybody looks at our generation of kids, they always call us the misfits – you know, like we just don’t give a damn.”

11. “The majority of my interactions with police were not good. There were a few good ones who were actually protecting the community. But then you have ones from the Valley. They never met me in their life, but since I’m a kid in basketball shorts and a white T-shirt, they wanna slam me on the hood of the car. Sixteen years old.”

12. “People have to go through trials and tribulations to get where they at. Do your thing – continue to rock it – because obviously, God wants you here.” 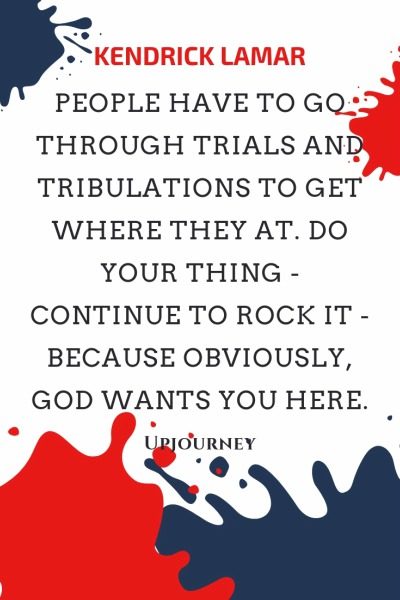 13. “At first, I was scared to show fear because you can never be sure how people will perceive you. But I dared myself to do that, to stand out. Now I’ll talk about being beaten up or robbed or making a stupid decision because of a girl or whatever.”