Kobe Bean Bryant is often regarded as one of the greatest basketball players of all time. He played in the National Basketball Association (NBA), with the Los Angeles Lakers for 20 seasons before his retirement last 2016. Bryant is also the first guard in the history of the NBA to play at least 20 seasons.

He was never a stranger to the game since his father, Joe Bryant, was also a former NBA player. He spent most of his youth in Italy after his father left the NBA, and began playing basketball when he was only three years old. He later gained national recognition after moving back to the United States. He was soon traded to the Lakers, and after a few years, he became the second youngest NBA player in history.

In 2003, Kobe’s reputation was severely damaged after he was accused of sexual assault, but all the charges were eventually dropped. Bryant continued to be among the best players through 2013 until he suffered a torn Achilles tendon. Due to his physical decline, he declared that he would retire after the 70th season of NBA.

Here are some of the most notable Kobe Bryant quotes and sayings that reveal his thoughts and views about life, basketball, teamwork, hard work, and more.

1. “People just don’t understand how obsessed I am with winning.”

2. “I don’t think a coach becomes the right coach until he wins a championship.”

3. “I like playing for the purple and gold. This is where I want to finish up.” 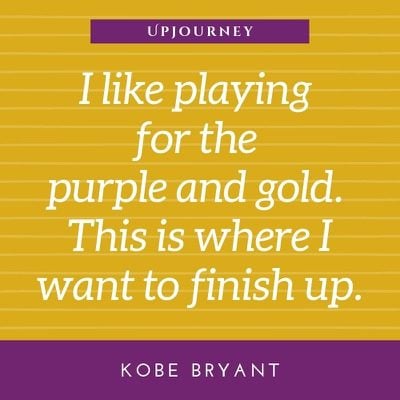 4. “Sports are such a great teacher. I think of everything they’ve taught me: camaraderie, humility, how to resolve differences.”

5. “I’m extremely willful to win, and I respond to challenges. Scoring titles and stuff like that… it sounds, well, I don’t care how it sounds – to me, scoring comes easy. It’s not a challenge to me to win the scoring title, because I know I can.”

6. “In an individual sport, yes, you have to win titles. Baseball’s different. But basketball, hockey? One person can control the tempo of a game, can completely alter the momentum of a series. There’s a lot of great individual talent.”

9. “I’m here. I’m not going anywhere. No matter what the injury – unless it’s completely debilitating – I’m going to be the same player I’ve always been. I’ll figure it out. I’ll make some tweaks, some changes, but I’m still coming.”

10. “Can I jump over two or three guys like I used to? No. Am I as fast as I used to be? No, but I still have the fundamentals and smarts. That’s what enables me to still be a dominant player. As a kid growing up, I never skipped steps. I always worked on fundamentals because I know athleticism is fleeting.”

1. “The important thing is that your teammates have to know you’re pulling for them and you really want them to be successful.” 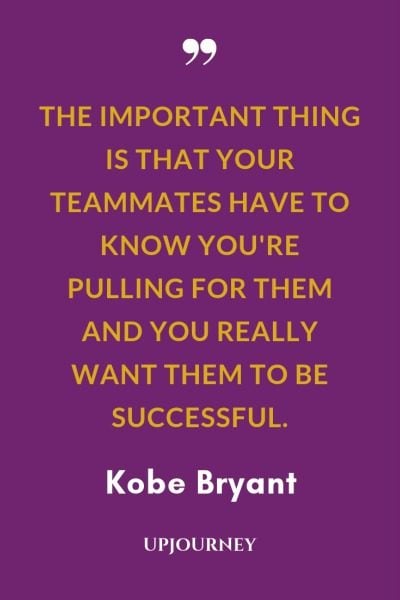 2. “There’s been a lot of talk of me being a one-man show but that’s simply not the case. We win games when I score 40 points and we’ve won when I score 10.”

3. “I’m more than comfortable just sitting back and scoring 21, 22 points or whatever and getting 10, 11 assists whatever the case might be. More than comfortable with that. It’s just a matter of the pieces that you have around you and what you can do to elevate everybody else.”

4. “The people who truly know me know what I’m like. There have been people who try to say things that aren’t fair, and I check them. And then they don’t like me because I checked them.”

2. “Christmas morning, I’m going to open presents with my kids. I’m going to take pictures of them opening the presents. Then I’m going to come to the Staples Center and get ready to work.”

4. “Winning takes precedence over all. There’s no gray area. No almosts.” 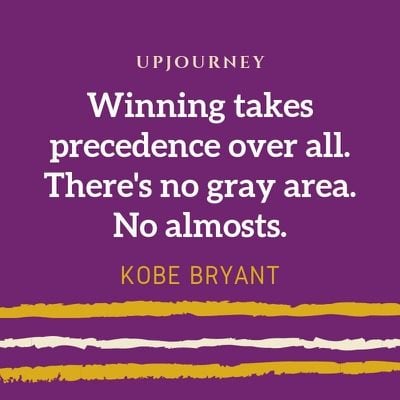 1. “Eeew, I’d be a little uncomfortable Googling myself. People sit there – and Google themselves? That’s kind of weird.”

3. “Everyone looks at your watch and it represents who you are, your values and your personal style.”

4. “You want me to own a team and deal with these rich, spoiled stubborn athletes, and try to get them to perform? No thank you.”

5. “It’s disgusting, but my father taught me when your mouth gets dry, just suck the sweat out of your own jersey. There’s no bravado to any of it; it’s just a disgusting little trick.”

6. “If there were camera phones back in the day, the biggest athletes in the world would have had a lot of explaining to do.”

7. “My parents are my backbone. Still are. They’re the only group that will support you if you score zero or you score 40.” 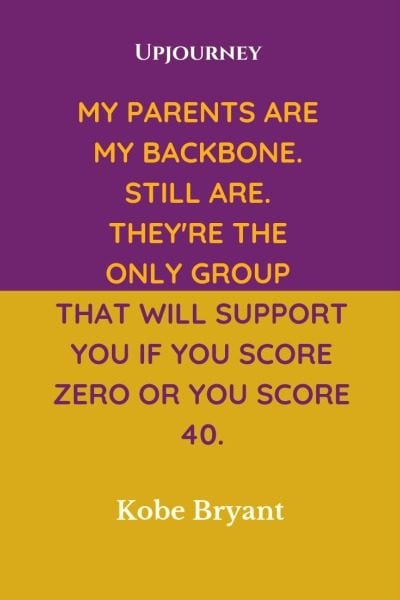 If you would like to know more about the life of the talented Kobe Bryant, we would suggest you read, Showboat: The Life of Kobe Bryant by Roland Lazenby.