Kurt Donald Cobain was a brilliant American singer-songwriter and musician, famously known as the frontman and guitarist of the rock band Nirvana. He became an icon of the ’90s and is one of the most talented yet troubled musicians that transformed the rock music industry.

In 1987, Cobain formed the band Nirvana with Aaron Burckhard and Krist Novoselic. In spite of releasing only three full-length albums, the group became a huge success and had a massive impact on modern rock culture.

After signing with a major music label, Nirvana found success with their song “Smells Like Teen Spirit” from their second album Nevermind in 1991. Following their success, Cobain was recognized as “the spokesman of a generation,” and Nirvana was identified as “the flagship band” of Generation X. However, Cobain disliked this as he believed the general public had misinterpreted his artistic vision and message.

Throughout the last years of his life, Cobain struggled with chronic health problems and heroin addiction. On the 8th of April 1994, Kurt Cobain was found dead at his home in Seattle at the age of 27. Cobain was posthumously inducted into the Rock and Roll Hall of Fame, together with the other Nirvana members.

Here are some of the most notable Kurt Cobain quotes and sayings that reveals his thoughts and views about life, music, youth, friends, and more.

1. “My songs have always been frustrating themes, relationships that I’ve had. And now that I’m in love, I expect it to be really happy, or at least there won’t be half as much anger as there was.”

2. “I don’t blame the average seventeen-year-old punk-rock kid for calling me a sellout. I understand that. And maybe when they grow up a little bit, they’ll realize there are more things to life than living out your rock & roll identity so righteously.

3. I wanted to have the adoration of John Lennon but have the anonymity of Ringo Starr. I didn’t want to be a frontman. I just wanted to be back there and still be a rock and roll star at the same time.”

4. “Sometimes I wish I had taken the Bob Dylan route and sang songs where my voice would not go out on me every night, so I could have a career if I wanted.”

6. “I never wanted to sing. I just wanted to play rhythm guitar – hide in the back and just play.” 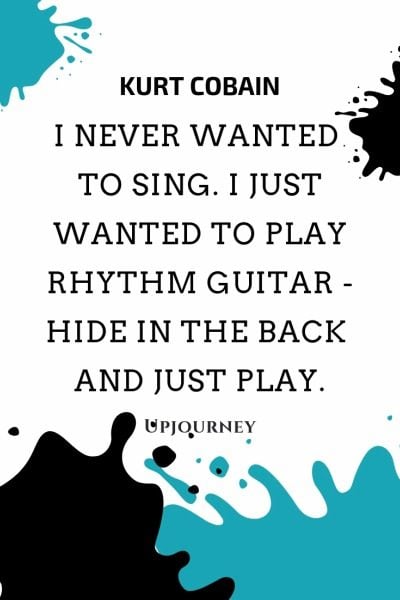 7. “I sing and play the guitar, and I’m a walking, talking bacterial infection.”

8. “My body is damaged from music in two ways. I have a red irritation in my stomach. It’s psychosomatic, caused by all the anger and the screaming. I have scoliosis, where the curvature of your spine is bent, and the weight of my guitar has made it worse. I’m always in pain, and that adds to the anger in our music.”

9. “I didn’t know how to deal with success. If there was a Rock Star 101, I would have liked to take it. It might have helped me.”

10. “Punk is musical freedom. It’s saying, doing and playing what you want. In Webster’s terms, ‘nirvana’ means freedom from pain, suffering and the external world, and that’s pretty close to my definition of Punk Rock.”

11. “I was looking for something a lot heavier, yet melodic at the same time. Something different from heavy metal, a different attitude.”

12. “I’ve never been a very prolific person, so when creativity flows, it flows. I find myself scribbling on little notepads and pieces of loose paper, which results in a very small portion of my writings to ever show up in true form.”

14. “My mother encouraged me to be artistic. It was written in a contract at an early age that I would be an artist.” 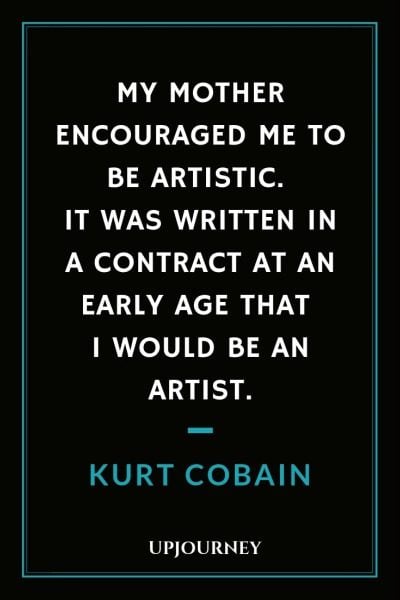 15. “I like guitars in the Fender style because they have skinny necks.”

1. “If you die you’re completely happy and your soul somewhere lives on. I’m not afraid of dying. Total peace after death, becoming someone else is the best hope I’ve got.”

2. “I really haven’t had that exciting of a life. There are a lot of things I wish I would have done, instead of just sitting around and complaining about having a boring life. So I pretty much like to make it up. I’d rather tell a story about somebody else.”

3. “I started being really proud of the fact that I was gay even though I wasn’t.” 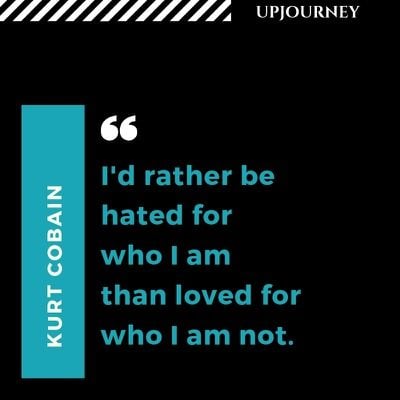 1. “I really miss being able to blend in with people.” 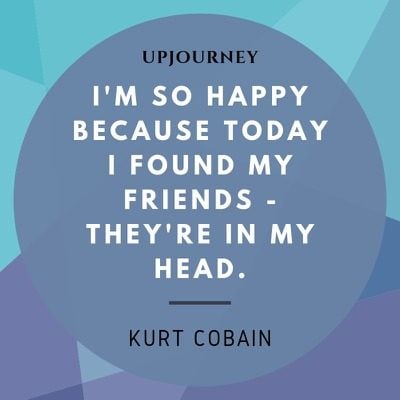 1. “The duty of youth is to challenge corruption.” 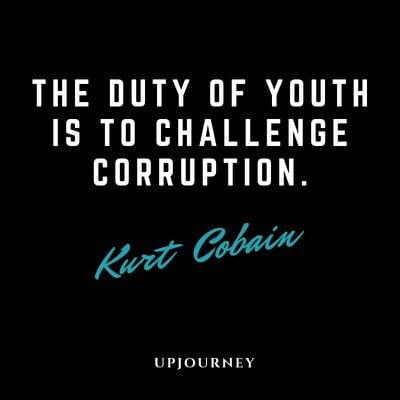 2. “Every time I see documentaries or infomercials about little kids with cancer, I just freak out. It affects me on the highest emotional level… Anytime I think about it, it makes me sadder than anything I can think of.”

3. “There’s nothing better than having a baby. I’ve always loved children. I used to work summers at the YMCA and be in charge of, like, 30 preschool kids. I knew that when I had a child, I’d be overwhelmed, and it’s true… I can’t tell you how much my attitude has changed since we’ve got Frances. Holding my baby is the best drug in the world.”

1. “If you ever need anything please don’t hesitate to ask someone else first.”

2. “I bought a gun and chose drugs instead.”

3. “I definitely feel closer to the feminine side of the human being than I do the male – or the American idea of what a male is supposed to be. Just watch a beer commercial and you’ll see what I mean.”

4. “I like to complain and do nothing to make things better.”

5. “I’m a spokesman for myself. It just so happens that there’s a bunch of people that are concerned with what I have to say. I find that frightening at times because I’m just as confused as most people. I don’t have the answers for anything.”

6. “It’s okay to eat fish because they don’t have any feelings.”

8. “Wanting to be someone else is a waste of the person you are.” 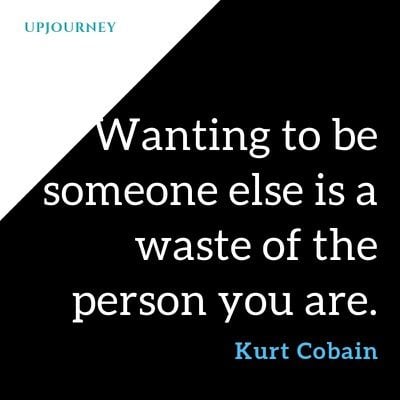 14. “Drugs are a waste of time. They destroy your memory and your self-respect and everything that goes along with your self-esteem. They’re no good at all.”

15. “If I wouldn’t have found Courtney, I probably would have carried on with a bisexual lifestyle.” 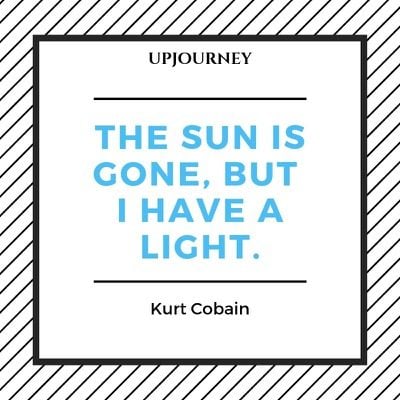 If you would like to learn more about the life story of the iconic Kurt Cobain, we would suggest you read Heavier Than Heaven: A Biography of Kurt Cobain by Charles R. Cross.