Mary Jane West, or Mae West to most people, was an American actress, comedian, playwright, singer, screenwriter, and a glamour icon.

Her entertainment career lasted for seven decades and was named 15th among the most celebrated female stars of classic American cinema by the American Film Institute. Aside from that, she was also known for her sharp wit and carefree sexual independence.

Mae West was undeniably one of the more controversial movie stars of her day and faced various problems, particularly with censorship. She even made comedy out of the conventional mores, and to their surprise, the Depression-era audience adored her for it.

When her cinematic spotlight ended, she then wrote plays, books, and continued to perform on-stage.

Some of her thoughts and quotations tackled the most pressing and sensitive issues in the wittiest way. Here are 70 of the best Mae West quotes and sayings about life, love, and more!

1. “A man can be short and dumpy and getting bald but if he has fire, women will like him.”

2. “I only like two kinds of men, domestic and imported.”

3. “A dame that knows the ropes isn’t likely to get tied up.”

4. “She’s the kind of girl who climbed the ladder of success wrong by wrong.” 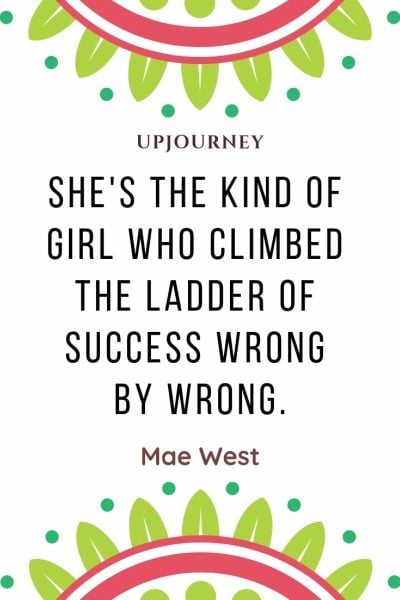 5. “A man has one hundred dollars and you leave him with two dollars, that’s subtraction.”

7. “When women go wrong, men go right after them.”

9. “A woman in love can’t be reasonable – or she probably wouldn’t be in love.”

13. “Don’t keep a man guessing too long – he’s sure to find the answer somewhere else.” 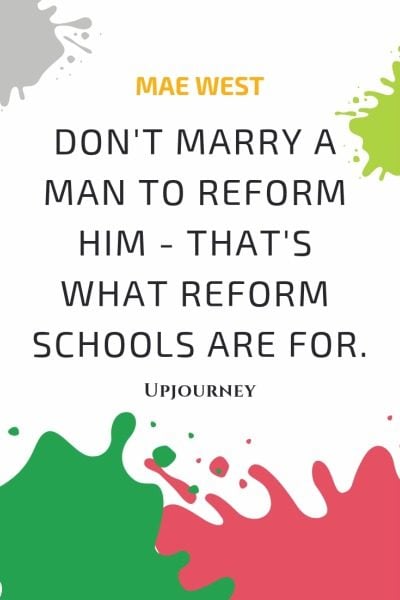 3. “An ounce of performance is worth pounds of promises.”

5. “Personality is the glitter that sends your little gleam across the footlights and the orchestra pit into that big black space where the audience is.” 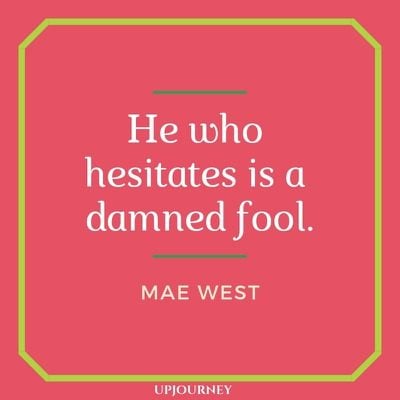 8. “I’ll try anything once, twice if I like it, three times to make sure.”

9. “Cultivate your curves – they may be dangerous but they won’t be avoided.”

10. “Those who are easily shocked should be shocked more often.”

1. “I never loved another person the way I loved myself.” 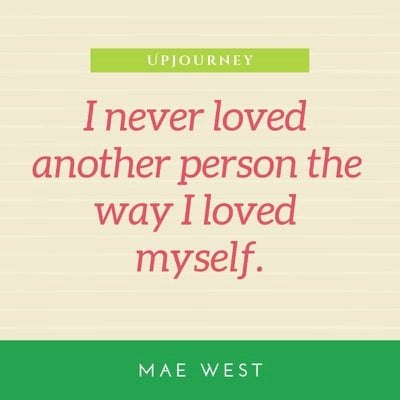 3. “Love thy neighbor – and if he happens to be tall, debonair and devastating, it will be that much easier.”

4. “All discarded lovers should be given a second chance, but with somebody else.”

5. “Love conquers all things except poverty and toothache.” 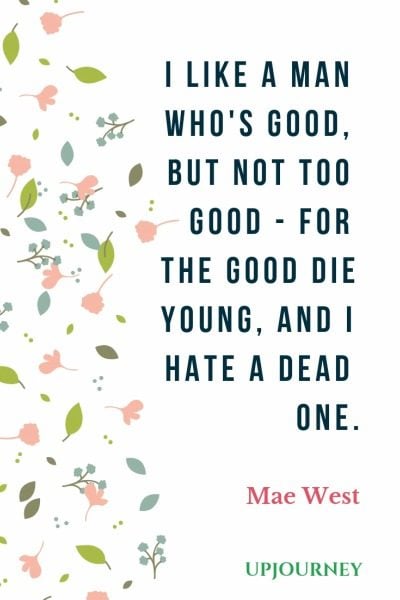 2. “Too much of a good thing can be wonderful.”

1. “Between two evils, I always pick the one I never tried before.”

2. “His mother should have thrown him out and kept the stork.”

3. “I never worry about diets. The only carrots that interest me are the number you get in a diamond.” 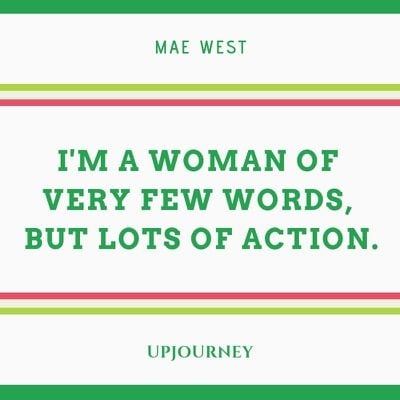 7. “I’m no model lady. A model’s just an imitation of the real thing.”

9. “If I asked for a cup of coffee, someone would search for the double meaning.”

12. “Say what you want about long dresses, but they cover a multitude of shins.” 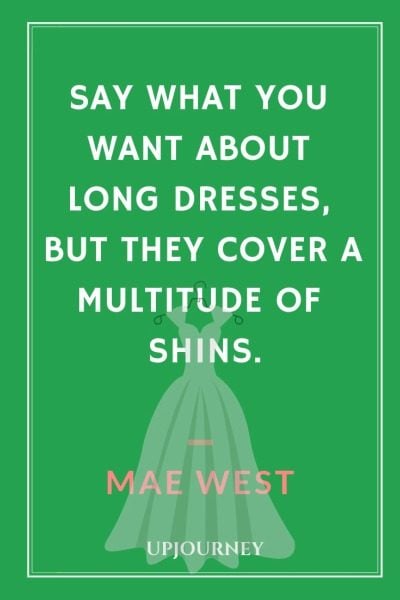 16. “I enjoyed the courtroom as just another stage but not so amusing as Broadway.” 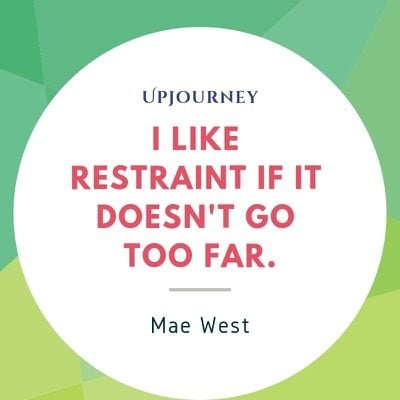 22. “Marriage is a great institution, but I’m not ready for an institution.”

23. “It is better to be looked over than overlooked.”

25. “I see you’re a man with ideals. I better be going before you’ve still got them.” 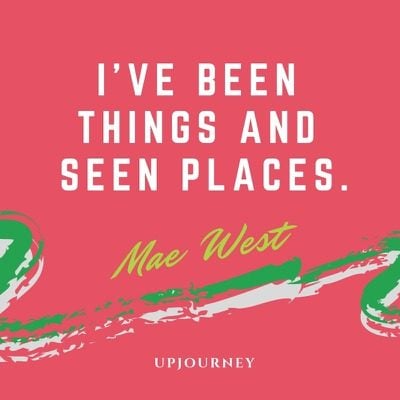 28. “Opportunity knocks for every man, but you have to give a woman a ring.”

29. “I generally avoid temptation unless I can’t resist it.”

If you would like to know more about her life journey, we would suggest you read Goodness had nothing to do with it: The autobiography of Mae West.