Marcus Mosiah Garvey Jr. was a charismatic political leader, journalist, and publisher whose message of honor and pride inspired a lot of people particularly during the early days of the Civil Rights Movement.

He was the founder and the first President of the Universal Negro Improvement Association and African Communities League (UNIA-ACL) and also established Black Star Line (a shipping and passenger line) to encourage economic independence of black people.

Garvey was known for setting forward ideas that helped advance the political awareness of black people worldwide. His philosophy of uniting all people of African origin was so unique and later came to be known as ‘Garveyism.’

To honor this icon, we have collected some of his most powerful and inspirational quotes that show his views about education, race, confidence, and so much more.

1. “Men who are in earnest are not afraid of consequences.”

2. “Whatsoever things common to man, that man has done, man can do.”

3. “If you have no confidence in self, you are twice defeated in the race of life.” 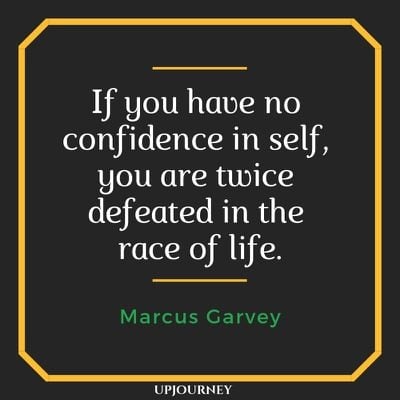 4. “With confidence, you have won before you have started.”

5. “There is no force like success, and that is why the individual makes all effort to surround himself throughout life with the evidence of it; as of the individual, so should it be of the nation.”

1. “I have no desire to take all black people back to Africa; there are blacks who are no good here and will likewise be no good there.”

2. “There shall be no solution to this race problem until you, yourselves, strike the blow for liberty.”

3. “I know no national boundary where the Negro is concerned. The whole world is my province until Africa is free.”

4. “Up, you mighty race, accomplish what you will.”

5. “Africa for the Africans… at home and abroad!”

6. “The Black skin is not a badge of shame, but rather a glorious symbol of national greatness.” 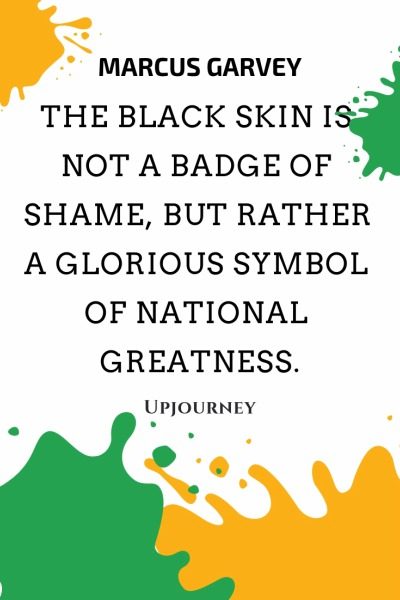 1. “Our success educationally, industrially and politically is based upon the protection of a nation founded by ourselves. And the nation can be nowhere else but in Africa.”

2. “A people without the knowledge of their past history, origin and culture is like a tree without roots.”

4. “Liberate the minds of men and ultimately you will liberate the bodies of men.” 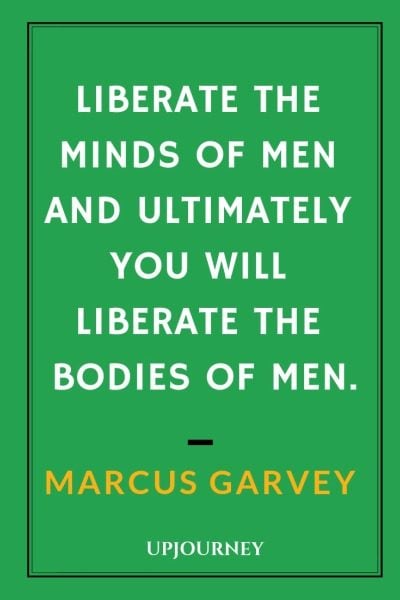 2. “I regard the Klan, the Anglo-Saxon clubs and White American societies, as far as the Negro is concerned, as better friends of the race than all other groups of hypocritical whites put together.”

3. “Progress is the attraction that moves humanity.”

4. “Chance has never yet satisfied the hope of a suffering people.” 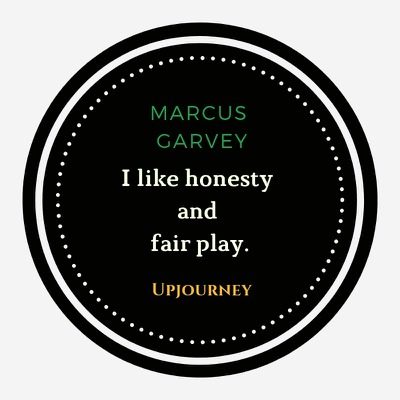 6. “Look to Africa, for there a king will be crowned.”

7. “You may call me a Klansman if you will, but, potentially, every white man is a Klansman, as far as the Negro in competition with whites socially, economically and politically is concerned, and there is no use lying.”

8. “God and Nature first made us what we are, and then out of our own created genius we make ourselves what we want to be. Follow always that great law. Let the sky and God be our limit and Eternity our measurement.”

9. “Look for me in the whirlwind or the storm.”

Garvey remains an icon, and his thoughts will continue to influence people all over the world. If you would like to know more about the works and writings of Marcus Garvey, we would suggest you read the Selected Writings and Speeches of Marcus Garvey.