Mary Jane Oliver was a well-known non-fiction author and poet, who won the prestigious Pulitzer Prize as well as the National Book Award for her work “House of Light” and “American Primitive.” The New York Times even described her as “far and away, this country’s best-selling poet” in 2007.

She has distinctly described true picturesque scenes which glorify the majesty of Mother Earth through her work. Mary Oliver’s theme of writing is directed towards the simple things in life which can create a euphoria that people usually ignore to recognize in pursuit of material things.

Her poetry also blends dark introspection with a joyful release, which is why she was often being compared to Emily Dickinson, with whom she shared a fondness for inner monologues and solitude.

Oliver was diagnosed with lung cancer in 2012 but was treated and granted a clean bill of health. On the 17th of January 2019, she eventually passed away due to lymphoma at her home in Florida.

We have collected some of the most memorable Mary Oliver quotes and sayings that shows her thoughts and views regarding life, work, writing, and more.

1. “Tell me, what is it you plan to do with your one wild and precious life?”

2. “When it’s over, I want to say: all my life I was a bride married to amazement. I was the bridegroom, taking the world into my arms.”

3. “To live in this world, you must be able to do three things: to love what is mortal; to hold it against your bones knowing your own life depends on it; and, when the time comes to let it go, to let it go.”

4. “Wasn’t it Emerson who said, ‘My life is for itself and not for a spectacle’? I have a happy, full, good life because I hold it private.”

5. “You can fool a lot of yourself but you can’t fool the soul.” 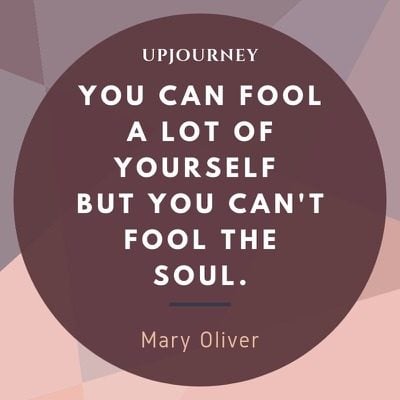 7. “I think one thing is that prayer has become more useful, interesting, fruitful, and… almost involuntary in my life.”

1. “I simply do not distinguish between work and play.”

2. “There were times over the years when life was not easy, but if you’re working a few hours a day and you’ve got a good book to read, and you can go outside to the beach and dig for clams, you’re okay.”

3. “To pay attention, this is our endless and proper work.” 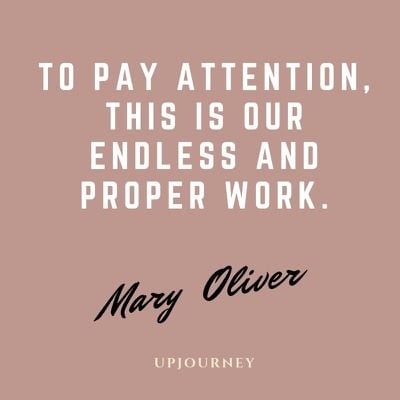 4. “There is nothing better than work. Work is also playing; children know that. Children play earnestly as if it were work. But people grow up, and they work with sorrow upon them. It’s a duty.”

1. “Words have not only a definition… but also the felt quality of their own kind of sound.”

2. “I have a notebook with me all the time, and I begin scribbling a few words. When things are going well, the walk does not get anywhere; I finally just stop and write.”

3. “My first two books are out of print and, okay, they can sleep there comfortably. It’s early work, derivative work.”

4. “Writers must… take care of the sensibility that houses the possibility of poems.”

5. “Poetry is one of the ancient arts, and it began as did all the fine arts, within the original wilderness of the earth.”

6. “One thing I do know is that poetry, to be understood, must be clear.” 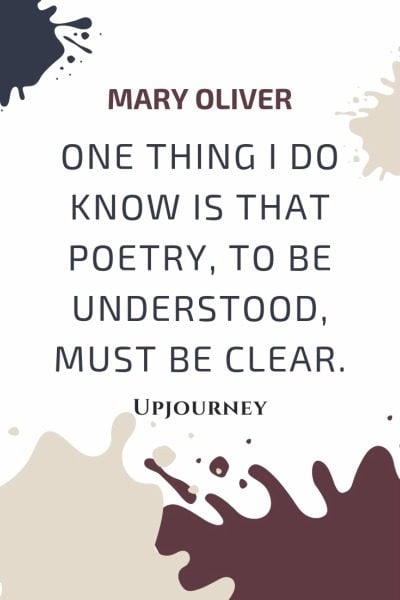 7. “I worked probably 25 years by myself, just writing and working, not trying to publish much, not giving readings.”

8. “Instead of taking the reader by the hand and running him down the hill, I want to lead him into a house of many rooms, and leave him alone in each of them.”

9. “I consider myself kind of a reporter – one who uses words that are more like music and that have a choreography. I never think of myself as a poet; I just get up and write.”

11. “If I’ve done my work well, I vanish completely from the scene. I believe it is invasive of the work when you know too much about the writer.”

12. “It’s very important to write things down instantly, or you can lose the way you were thinking out a line. I have a rule that if I wake up at 3 in the morning and think of something, I write it down. I can’t wait until morning – it’ll be gone.”

13. “I would rather write poems than prose, any day, any place. Yet each has its own force.”

14. “Writers sometimes give up what is most strange and wonderful about their writing – soften their roughest edges – to accommodate themselves toward a group response.”

15. “I’d rather write about polar bears than people.” 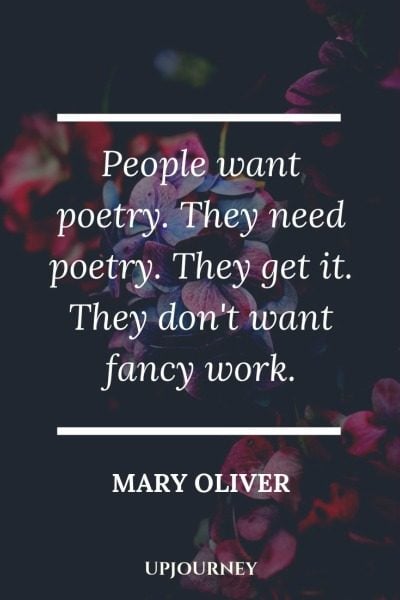 17. “Poetry isn’t a profession, it’s a way of life. It’s an empty basket; you put your life into it and make something out of that.”

18. “I always feel that whatever isn’t necessary shouldn’t be in a poem.”

19. “As a child, what captivated me was reading the poems myself and realizing that there was a world without material substance which was nevertheless as alive as any other.”

21. “I’ve always wanted to write poems and nothing else.”

22. “I have the feeling that a lot of poets writing now are – the sort of tap dance through it.”

23. “Almost anything is too much. I am trying in my poems to have the reader be the experiencer. I do not want to be there. It is not even a walk we take together.”

1. “I love the line of Flaubert about observing things very intensely. I think our duty as writers begins not with our own feelings, but with the powers of observing.”

3. “My parents didn’t care very much what I did, and that was probably a blessing.”

4. “We all have a hungry heart, and one of the things we hunger for is happiness. So as much as I possibly could, I stayed where I was happy. I spent a great deal of time in my younger years just writing and reading, walking around the woods in Ohio, where I grew up.”

5. “To find a new word that is accurate and different, you have to be alert for it.” 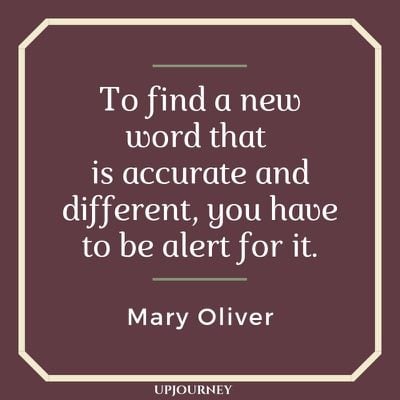 6. “Walks work for me. I enter some arena that is neither conscious or unconscious.”

7. “We all have a hungry heart, and one of the things we hunger for is happiness. So as much as I possibly could, I stayed where I was happy.”

8. “I grew up in a confused house: too much-unwanted attention or none at all.”

10. “I very much wished not to be noticed, and to be left alone, and I sort of succeeded.”

12. “I have a notion that if you are going to be spiritually curious, you better not get cluttered up with too many material things.” 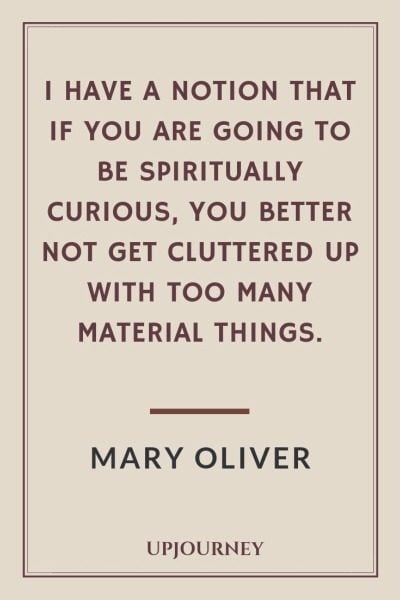 14. “In college, you learn how to learn. Four years is not too much time to spend at that.”

15. “Apparently, I’ve been considered a recluse.”

16. “Because of the dog’s joyfulness, our own is increased. It is no small gift. It is not the least reason why we should honor as love the dog of our own life, and the dog down the street, and all the dogs not yet born.”

17. “I had a very dysfunctional family and a very hard childhood. So I made a world out of words. And it was my salvation.”

If you would like to know more about the work of the brilliant Mary Oliver, we would suggest you read her award-winning book, American Primitive.