Michael Joseph Jackson, commonly known as Michael Jackson, is considered as one of the most notable cultural figures of the 20th century. He is without a doubt one of the greatest entertainers of all time.

Jackson’s contributions to music, fashion, and dance made him a global icon in popular culture for over four decades and gained him the title “The King of Pop.”

Michael Jackson is no stranger to spotlight. At age 5, he was already the lead singer of his family’s group, the Jackson 5. Fast forward in 1971, he began his solo career that would later prove to be one of the most prosperous in the pop industry.

The lasting mark he’s left on the music industry will forever live on, and even after his death, his legacy will continue to inspire and motivate a lot of artists around the world.

To honor his memory, we have compiled 42 of the best Michael Jackson quotes and sayings that shows his views on life, love, family, and a lot more.

1. “Because I wanted to have a place that I could create everything that I never had as a child. So, you see rides. You see animals. There’s a movie theater.”

2. “Everything that I love is behind those gates. We have elephants, and giraffes, and crocodiles, and every kind of tigers and lions. And – and we have bus loads of kids, who don’t get to see those things. They come up sick children, and enjoy it.”

3. “Before I would hurt a child, I would slit my wrists.”

4. “Because I think every child star suffers through this period because you’re not the cute and charming child that you were. You start to grow, and they want to keep you little forever.”

5. “I’ve helped many, many, many children, thousands of children, cancer kids, leukemia kids.”

7. “I will say again that I have never, and would never, harm a child. It sickens me that people have written untrue things about me.”

8. “And I remember going to the recording studio and there was a park across the street and I’d see all the children playing and I would cry because it would make me sad that I would have to work instead.”

9. “Everyone who knows me will know the truth, which is that my children come first in my life and that I would never harm any child.”

10. “Children show me in their playful smiles the divine in everyone. This simple goodness shines straight from their hearts and only asks to be lived.”

11. “Because parents have power over children. They feel they have to do what their parents say. But the love of money is the root of all evil. And this is a sweet child. And to see him turn like this, this isn’t him. This is not him.”

2. “They did it to try and belittle me, to try and to take away my pride. But I went through the whole system with them. And at the end, I – I wanted the public to know that I was okay, even though I was hurting.”

3. “I’m never pleased with anything, I’m a perfectionist, it’s part of who I am.”

5. “The meaning of life is contained in every single expression of life. It is present in the infinity of forms and phenomena that exist in all of creation.” 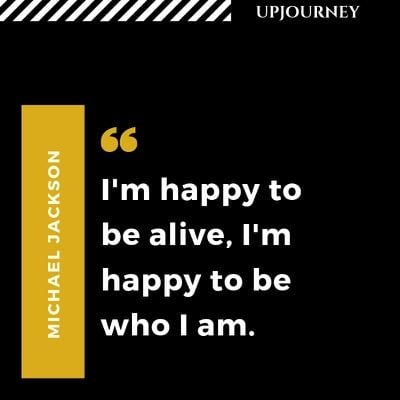 7. “It’s a complete lie, why do people buy these papers? It’s not the truth I’m here to say. You know, don’t judge a person, do not pass judgment, unless you have talked to them one on one. I don’t care what the story is, do not judge them because it is a lie.”

1. “Let us dream of tomorrow where we can truly love from the soul, and know love as the ultimate truth at the heart of all creation.”

4. “But I will never stop helping and loving people the way Jesus said to.” 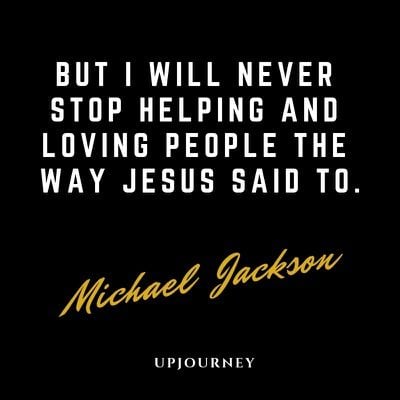 5. “Well Brooke, I’ve always liked her, and when I was little I used to stay with Diana Ross, I and my brothers stayed with her for years and I never said, but I always had a crush on her.”

1. “Well, you don’t get to do things that other children get to do, having friends and slumber parties and buddies. There were none of that for me. I didn’t have friends when I was little. My brothers were my friends.”

2. “I just wish I could understand my father.”

3. “There were times when I had great times with my brothers, pillow fights and things, but I was, used to always cry from loneliness.”

4. “I love my family very much. I wish I could see them a little more often than I do. But we understand because we’re a show business family and we all work.”

6. “Me and Janet really are two different people.”

1. “You know, let’s put it this way, if all the people in Hollywood who have had plastic surgery if they went on vacation, there wouldn’t be a person left in town.”

2. “Well, especially now I come to realize – and then – I would do my schooling which was three hours with a tutor and right after that I would go to the recording studio and record, and I’d record for hours and hours until it’s time to go to sleep.”

4. “Elizabeth Taylor is gorgeous, beautiful, and she still is today, I’m crazy about her.”

5. “Just because it’s in print doesn’t mean it’s the gospel.”

6. “The greatest education in the world is watching the masters at work.” 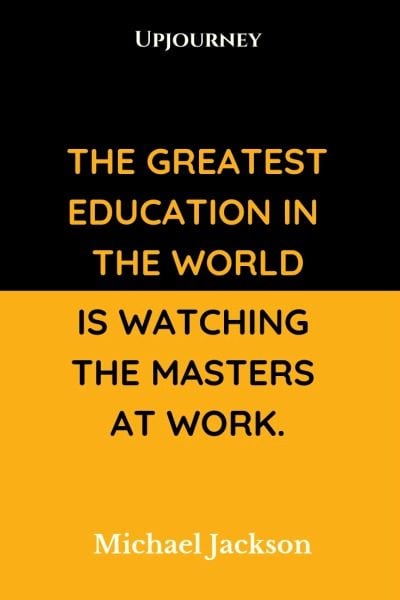 7. “The Bee Gees who are brilliant, I just love great music.”

9. “Yeah, Wacko Jacko, where did that come from? Some English tabloid. I have a heart and I have feelings. I feel that when you do that to me. It’s not nice.”

10. “People write negatives things, cause they feel that’s what sells. Good news to them doesn’t sell.”

11. “Yes, and I had pimples so badly it used to make me so shy. I used not to look at myself. I’d hide my face in the dark, I wouldn’t want to look in the mirror and my father teased me and I just hated it and I cried every day.”

12. “I have a skin disorder that destroys the pigmentation of my skin, it’s something that I cannot help, OK?”

If you would like to get to know the iconic Michael Jackson even more, we would suggest you read Moonwalk.