Everyone who loves basketball knows Michael Jordan. He is, after all, considered as one of, if not the greatest basketball player of all time, according to NBA’s official website. During his career as a professional NBA player, Jordan played for 15 seasons, was awarded 14 MVP Awards, and won six NBA titles with the Chicago Bulls.

On 2003, he retired for the final time at the age of 40 and received a three-minute standing ovation after his last NBA game.

Besides having a legendary career as a basketball player, Jordan is also a gold medalist Olympian, celebrity, writer, brand ambassador, and father of five children. Today, as the principal owner of the NBA team, Charlotte Hornets and according to Forbes, his net worth is $1.9 billion.

Listed below are some of the most noteworthy Michael Jordan quotes and about teamwork and basketball, goals, and many more. 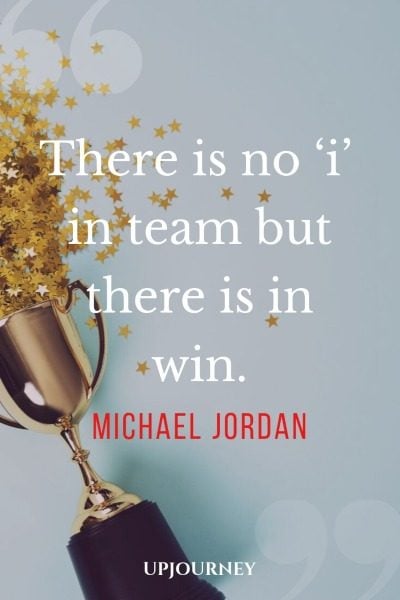 4. “The game of basketball has been everything to me. My place of refuge, place I’ve always gone where I needed comfort and peace. It’s been the site of intense pain and the most intense feelings of joy and satisfaction. It’s a relationship that has evolved over time, given me the greatest respect and love for the game.”

7. “There is no such thing as a perfect basketball player, and I don’t believe there is only one greatest player either.”

9. “It’s hard to say if the NBA is hurt by the influx of younger players, but it’s definitely impacted the league.”

1. “Obstacles don’t have to stop you. If you run into a wall, don’t turn around and give up. Figure out how to climb it, go through it, or work around it.”

2. “I want to wake up every day and do whatever comes in my mind, and not feel pressure or obligations to do anything else in my life.”

3. “I’ve missed more than 9000 shots in my career. I’ve lost almost 300 games. 26 times, I’ve been trusted to take the game winning shot and missed. I’ve failed over and over and over again in my life. And that is why I succeed.”

4. “If you accept the expectations of others, especially negative ones, then you never will change the outcome.”

5. “If you’re trying to achieve, there will be roadblocks. I’ve had them everybody has had them. But obstacles don’t have to stop you. If you run into a wall, don’t turn around and give up. Figure out how to climb it, go through it, or work around it.”

7. “To be successful you have to be selfish, or else you never achieve. And once you get to your highest level, then you have to be unselfish. Stay reachable. Stay in touch. Don’t isolate.”

8. “The game has its ups and downs, but you can never lose focus of your individual goals and you can’t let yourself be beat because of lack of effort.”

9. “Sometimes, things may not go your way, but the effort should be there every single night.” 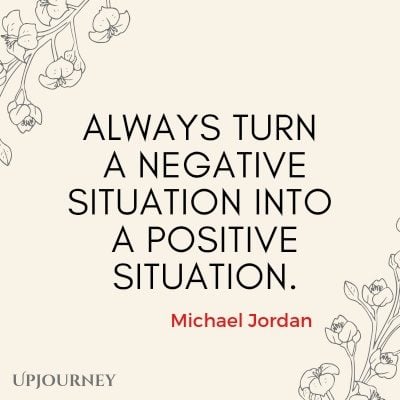 12. “Some people want it to happen, some wish it would happen, others make it happen.”

13. “My father used to say that it’s never too late to do anything you wanted to do. And he said, ‘You never know what you can accomplish until you try.'”

1. “My challenge when I came back was to face the young talent, dissect their games, and show them maybe that they needed to learn more about the game than just the money aspect.”

2. “In any investment, you expect to have fun and make money.”

5. “I will not quit this game because of what the media has done to me.” 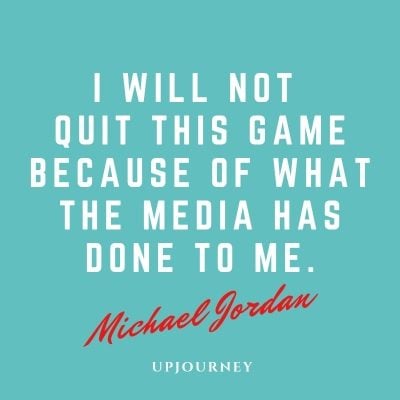 6. “I want to be perceived as a guy who played his best in all facets, not just scoring. A guy who loved challenges.”

7. “I realize that I’m black, but I like to be viewed as a person, and this is everybody’s wish.”

8. “I built my talents on the shoulders of someone else’s talent.”

9. “It is nerve-wracking watching my kids’ games.”

10. “Being Michael Jordan means acting the same as I always have.” 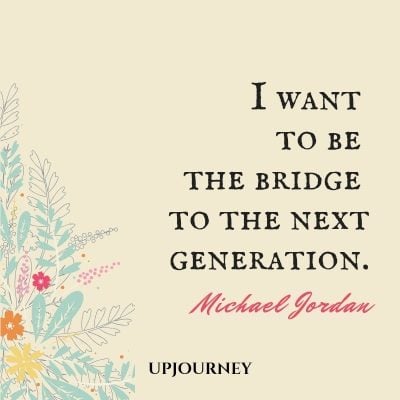 12. “Playing sick. That is so hard to do. It has to be a total mental challenge, as well as the physical challenge.”

13. “Do I need my number retired throughout the course of the league to acknowledge what I’ve done? No.”

14. “I believe greatness is an evolutionary process that changes and evolves era to era.”

17. “Sometimes you need to get hit in the head to realize that you’re in a fight.”

If you’d like to know more about Michael Jordan’s life, we suggest you read his definitive biography, Michael Jordan: The Life, written by Roland Lazenby.