Morgan Freeman is a famous film director, philanthropist, narrator, and an Award-winning actor. However, things weren’t always easy for him.

It was a long road towards becoming one of America’s most accomplished and esteemed actors. He came from a low-income family and the youngest of five children, but no matter how difficult things got, he defied the odds.

He starred in numerous critically acclaimed films including The Shawshank Redemption, Invictus, Million Dollar Baby, and many more. He also garnered multiple awards and honors for his works.

Here are the top 52 Morgan Freeman quotes and sayings that will surely inspire you to pursue your dreams and aim higher in life.

2. “Learning how to be still, to really be still and let life happen – that stillness becomes a radiance.”

4. “Life doesn’t offer you promises whatsoever so it’s very easy to become, ‘Whatever happened to… ?’ It’s great to be wanted. I spent a few years not being wanted and this is better.”

5. “You’re going to relegate my history to a month.”

6. “Was I always going to be here? No, I was not. I was going to be homeless at one time, a taxi driver, truck driver, or any kind of job that would get me a crust of bread. You never know what’s going to happen.”

7. “As you grow in this business, you learn how to do more with less.” 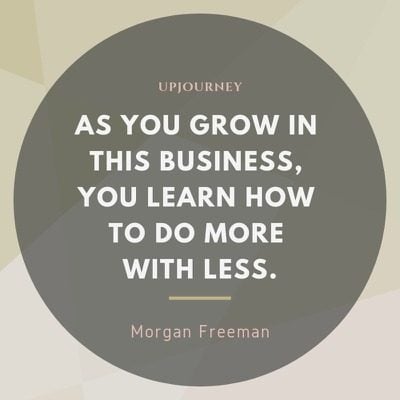 8. “People hear that and say I’m being modest, but I am not a modest person, but I have to be truthful about what I’m doing and what I’m doing is channeling.”

10. “If you live a life of make-believe, your life isn’t worth anything until you do something that does challenge your reality. And to me, sailing the open ocean is a real challenge, because it’s life or death.”

11. “One of the things you can always depend on – this is one of the truths of the universe, and you heard it first from here – whatever we decide we want to do is what we do.”

12. “I always tell my kids if you lay down, people will step over you. But if you keep scrambling, if you keep going, someone will always, always give you a hand. Always. But you gotta keep dancing, you gotta keep your feet moving.”

2. “When I was a teenager, I began to settle into school because I’d discovered the extracurricular activities that interested me: music and theater.”

3. “The reason actors, artists, writers have agents is because we’ll do it for nothing. That’s a basic fact – you gotta do it.”

4. “When I was doing theater, I was very successful at believing that I was great, God’s gift to the theater.”

5. “Still, it can be more effective to accomplish what you need to accomplish with the minimum effort. Watch Anthony Hopkins. He doesn’t appear to be doing anything. He is so still that you can’t see him working, but you are drawn into his character through his very stillness.”

6. “I’m not intimidated by lead roles. I’m better with them. I don’t feel pressure. I feel released at times like that. That’s what I’m born to do.” 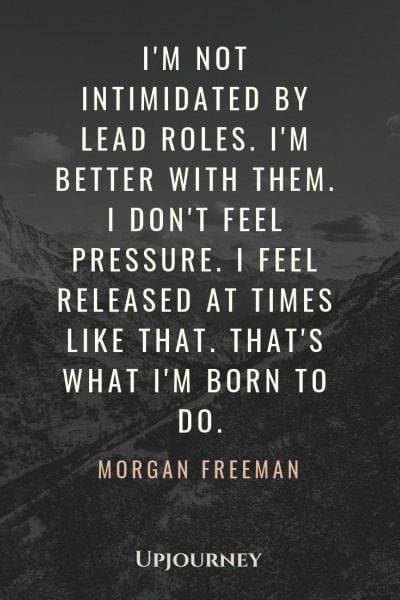 7. “I do know there are a lot of people who seem to be in my corner, and that’s, of course, wonderful. I’m really more interested in the nomination than in the award because I think the nomination just puts you within a group of outstanding actors.”

8. “If you’re playing somebody who is not you, then you can imagine that you are that person. You can feel like he feels, move like he moves, look like he looks – in your own mind.”

9. “I want to thank everybody and anybody who ever had anything to do with the making of this picture.”

10. “It’s what I learn from the great actors that I work with. Stillness. That’s all and that’s the hardest thing.”

11. “People need to start to think about the messages that they send in the movies.”

12. “I find it difficult to watch myself… I find it boring.”

14. “I knew at an early age I wanted to act. Acting was always easy for me. I don’t believe in predestination, but I do believe that once you get where ever it is you are going, that is where you were going to be.” 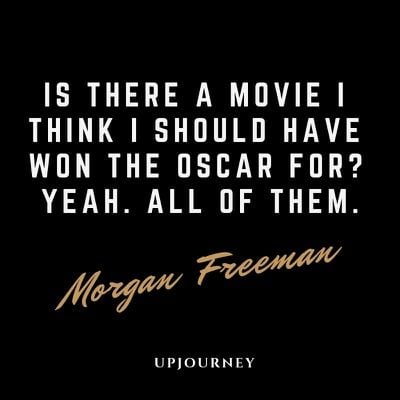 16. “Not only do I have to live, right, I have to get some cash for my troubles – it’s a scary thing, and people need to start to think about the messages that they send in the movies.”

17. “There’s no mystery to it. Nothing more complicated than learning lines and putting on a costume.”

18. “Most of the time it’s the role. Sometimes it’s the story and sometimes it just the paycheck. It’s the little movies that come out as stories or the fact that I have work to go out, you know what I’m saying, you can only be out so long without work, you start getting antsy.”

3. “Dr. Martin Luther King is not a black hero. He is an American hero.” 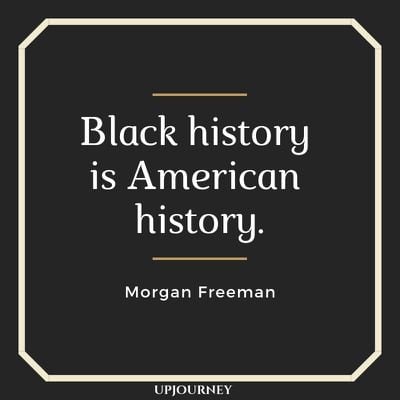 5. “Martin Luther King Jr. is remembered as our prince of peace, of civil rights. We owe him something major that will keep his memory alive.”

1. “This kid came up with Napster, and before that, none of us thought of content protection.”

2. “I’m not one for blaspheming, but that one made me laugh.”

3. “My parents were working in a hospital in Memphis. But I didn’t live there for any length of time that I remember. The first thing I remember is the town in Mississippi that I live in now, Charleston.”

5. “Just that working with Clint again is like coming home.”

6. “I joined the air force. I took to it immediately when I arrived there. I did three years, eight months, and ten days in all, but it took me a year and a half to get disabused of my romantic notions about it.” 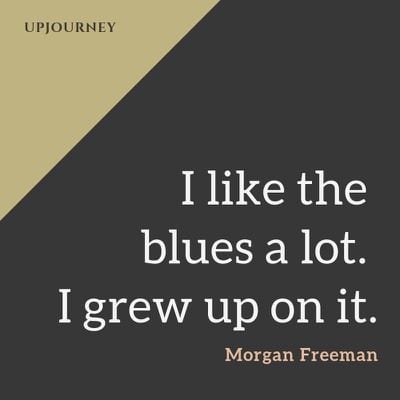 8. “The accident was a horrible thing – but that horrible thing made Chris, at the end of his life, Superman. It’s a happy irony if there is such a thing. I’m proud to have known him.”

9. “Let me be the first to tell you, drinking alcohol is the worst thing to do in cold weather. Hot soup is the best because the process of digesting food helps to warm you up.”

10. “I gravitate towards gravitas.”

If you’d like to learn more about the life and works of Morgan Freeman, we would suggest you read Morgan Freeman: A Biography by Kathleen Tracy.