Neil Richard MacKinnon Gaiman is a brilliant author of novels, short fiction, graphic novels, comic books, audio theatre, and films. Some of his most famous works include the comic book series The Sandman, and stories titled American Gods, Coraline, The Graveyard Book, and Stardust.

Gaiman is one of those writers who exceeds at knitting together strands of different myths and fables to conceive something entirely new. Due to his talent, he has won various awards, including the Bram Stoker, Hugo, and Nebula awards, as well as the Carnegie and Newbery medals.

He is also the very first writer to acquire both the Carnegie and the Newbery medals for the same work titled, The Graveyard Book published in 2008. His novel, The Ocean at the End of the Lane which was published in 2013 was also voted Book of the Year in the British National Book Awards.

Without a doubt, Gaiman is one of the most incredibly gifted writers with so much wisdom to share the world. Here are some of the most notable Neil Gaiman quotes and sayings that explore his thoughts and views regarding writing, reading, and even more.

3. “Things need not have happened to be true. Tales and adventures are the shadow-truths that will endure when mere facts are dust and ashes and forgotten.”

4. “American Gods is about 200,000 words long, and I’m sure there are words that are simply in there ’cause I like them. I know I couldn’t justify each and every one of them.”

6. “This is a work of fiction. All the characters in it, human and otherwise, are imaginary, excepting only certain of the fairy folk, whom it might be unwise to offend by casting doubts on their existence. Or lack thereof.”

8. “I was always so relieved that anyone wants to publish anything I’ve written.” 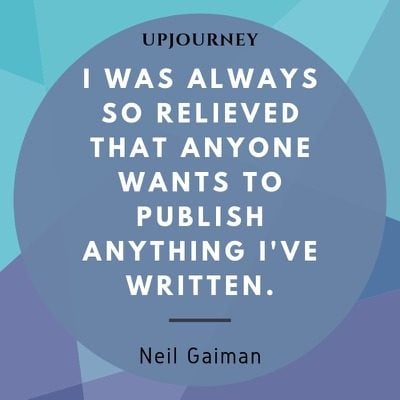 9. “So I went out and bought myself a copy of the Writer and Artist Yearbook, bought lots of magazines and got on the phone and talked to editors about ideas for stories. Pretty soon I found myself hired to do interviews and articles and went off and did them.”

11. “I don’t know if proud is the right word, but I am somebody who does not, on the whole, have the highest regard for my own stuff in that when I look all I get to see are the flaws.”

12. “Partly because I get such astonishingly nice fans.”

13. “I wanted to write something that would be a comedy in the sense of making people feel happier when they finish it than they did when began it.” 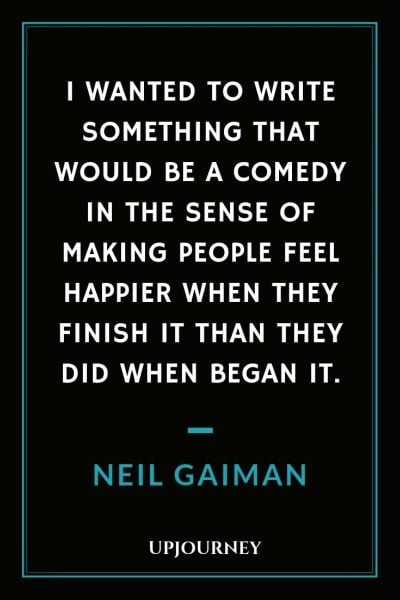 15. “I’ll agonize over sentences. Mostly because you’re trying to create specific effects with sentences, and because there are a number of different voices in the book.”

17. “I’m one of those writers who tends to be really good at making outlines and sticking to them. I’m very good at doing that, but I don’t like it. It sort of takes a lot of the fun out.”

18. “As far as I’m concerned, the entire reason for becoming a writer is not having to get up in the morning.”

19. “In many ways, it was much, much harder to get the first book contract. The hardest thing probably overall has been learning not to trust people, publicists and so forth, implicitly.”

1. “So the Comic Book Legal Defense Fund is out there preserving and fighting for, and sometimes winning and sometimes losing, the fight for First Amendment rights in comics and, more generally, for freedom of speech.”

2. “The current total of countries in the world with First Amendments is one. You have guaranteed freedom of speech. Other countries don’t have that.”

3. “It is a fool’s prerogative to utter truths that no one else will speak.” 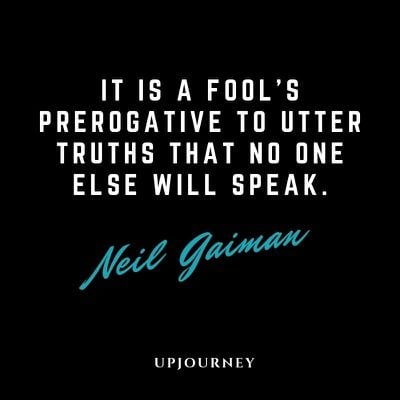 4. “A nice, easy place for freedom of speech to be eroded is comics because comics are a natural target whenever an election comes up.”

1. “I lost some time once. It’s always in the last place you look for it.”

2. “I was the kind of kid whose parents would drop him off at the local town library on their way to work, and I’d go and work my way through the children’s area.”

3. “It has always been the prerogative of children and half-wits to point out that the emperor has no clothes. But the half-wit remains a half-wit, and the emperor remains an emperor.”

4. “The world always seems brighter when you’ve just made something that wasn’t there before.” 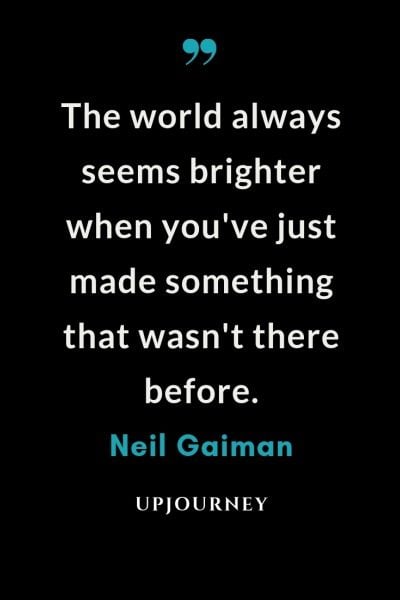 5. “Is the chemical aftertaste the reason why people eat hot dogs or is it some kind of bonus?”

6. “Rock and roll stars have it much better than writers when they’re on a tour.”

8. “We all not only could know everything. We do. We just tell ourselves we don’t to make it all bearable.”

9. “And there never was an apple, in Adam’s opinion, that wasn’t worth the trouble you got into for eating it.”

If you would like to learn more about the writings of Neil Gaiman, we would suggest you read his book, The Ocean at the End of the Lane: A Novel.