Pema Chodron is an American author and Tibetan Buddhist. She earned a bachelor’s degree in English literature and a master’s in elementary education. Aside from that, she is also an ordained nun and a disciple of Chögyam Trungpa Rinpoche (Buddhist meditation master).

In 1981, she became the first American in the Vajrayana culture to become a fully ordained bhikkhunī (a fully ordained female monastic in Buddhism). Chodron has written and published several books including The Wisdom of No Escape (1991), Start Where You Are (1994), When Things Fall Apart (1996), and a lot more.

Her inspiring words of wisdom gained attention all over the world, and people started to recognize her works even more. Here are the top 9 Pema Chodron quotes that will continually inspire. 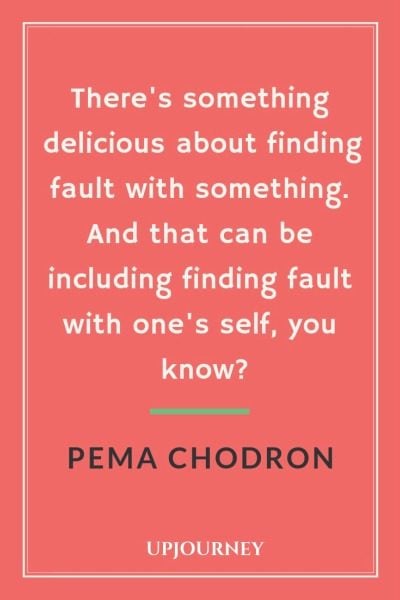 2. “The Buddha taught that we’re not actually in control, which is a pretty scary idea. But when you let things be as they are, you will be a much happier, more balanced, compassionate person.”

3. “Sometimes people’s spiritual ideas become fixed and they use them against those who don’t share their beliefs – in effect, becoming fundamentalist. It’s very dangerous – the finger of righteous indignation pointing at someone who is identified as bad or wrong.”

4. “As Buddhism moved to the West, one of the big characteristics was the strong place of women. That didn’t exist in the countries of origin. It’s just a sign of our culture.”

5. “If right now our emotional reaction to seeing a certain person or hearing certain news is to fly into a rage or to get despondent or something equally extreme, it’s because we have been cultivating that particular habit for a very long time.”

6. “Rejoicing in the good fortune of others is a practice that can help us when we feel emotionally shut down and unable to connect with others. Rejoicing generates goodwill.”

7. “According to the Buddhist belief, you can go on and on indefinitely, so you see your life as just a brief moment in time.”

8. “As Buddhism moved from one culture to another, it always adapted.” 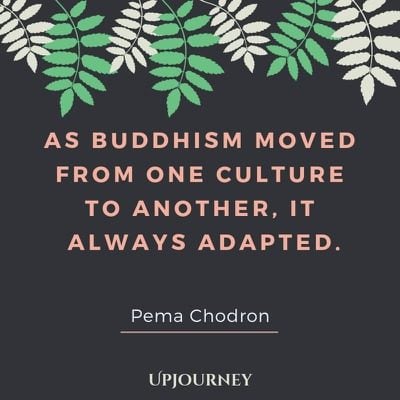 9. “I equate ego with trying to figure everything out instead of going with the flow. That closes your heart and your mind to the person or situation that’s right in front of you, and you miss so much.”

May her quotes encourage you to live your dreams. If you want to know more about Pema Chodron’s works and writings, we would suggest you read When Things Fall Apart: Heart Advice for Difficult Times by Pema Chodron.