René Descartes was a world-renowned French philosopher, scientist, writer, and mathematician who is widely considered as the Father of Analytical Geometry, as well as the Father of Modern Philosophy. He is also recognized as one of the most celebrated intellectual figures of the Dutch Golden Age.

His theories, works, and writings are still being applied to this day, and a lot of principles in Western philosophy have come as a result of his writings. Descartes’ influence in mathematics is relatively clear—after all, his work in mathematics helped establish the Cartesian coordinate system which allowed algebraic equations to be expressed as geometric shapes.

His most significant philosophical statement is “I think, therefore I am.” He also set his views apart from those of his predecessors and refused to accept the authority of former philosophers. His books and writings especially the “Meditations on First Philosophy” is still considered as a bible in most Philosophy departments in numerous universities.

Here’s a list of some of the most notable quotes by René Descartes that explores his thoughts and views regarding life, mathematics, philosophy, and more.

1. “An optimist may see a light where there is none, but why must the pessimist always run to blow it out?”

2. “A state is better governed which has few laws, and those laws strictly observed.” 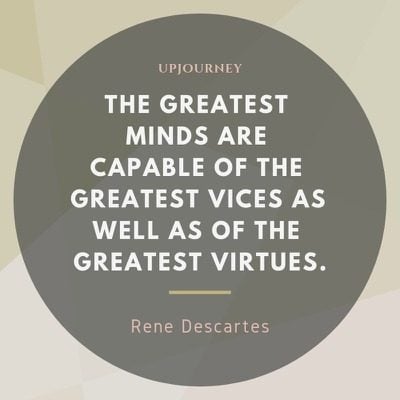 4. “If you would be a real seeker after truth, it is necessary that at least once in your life you doubt, as far as possible, all things.”

5. “It is only prudent never to place complete confidence in that by which we have even once been deceived.”

6. “The senses deceive from time to time, and it is prudent never to trust wholly those who have deceived us even once.”

7. “Common sense is the most fairly distributed thing in the world, for each one thinks he is so well-endowed with it that even those who are hardest to satisfy in all other matters are not in the habit of desiring more of it than they already have.”

Rene Descartes Quotes About Self 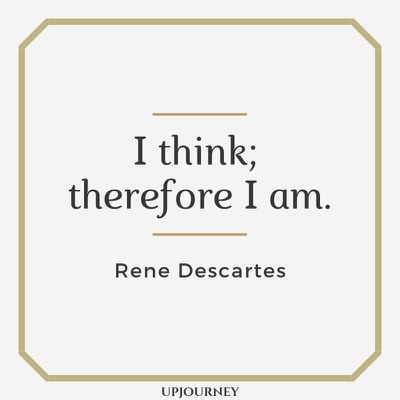 2. “Except our own thoughts, there is nothing absolutely in our power.”

3. “I am indeed amazed when I consider how weak my mind is and how prone to error.”

4. “Nothing is more fairly distributed than common sense: no one thinks he needs more of it than he already has.”

5. “I am accustomed to sleeping and in my dreams to imagine the same things that lunatics imagine when awake.”

1. “I hope that posterity will judge me kindly, not only as to the things which I have explained but also to those which I have intentionally omitted so as to leave to others the pleasure of discovery.” 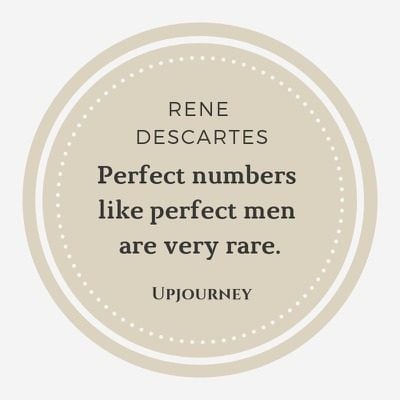 4. “Each problem that I solved became a rule, which served afterward to solve other problems.”

1. “Illusory joy is often worth more than genuine sorrow.”

2. “In order to improve the mind, we ought less to learn, than to contemplate.”

4. “There is nothing so strange and so unbelievable that it has not been said by one philosopher or another.”

5. “The two operations of our understanding, intuition, and deduction, on which alone we have said we must rely on the acquisition of knowledge.”

6. “Traveling is almost like talking with those of other centuries.” 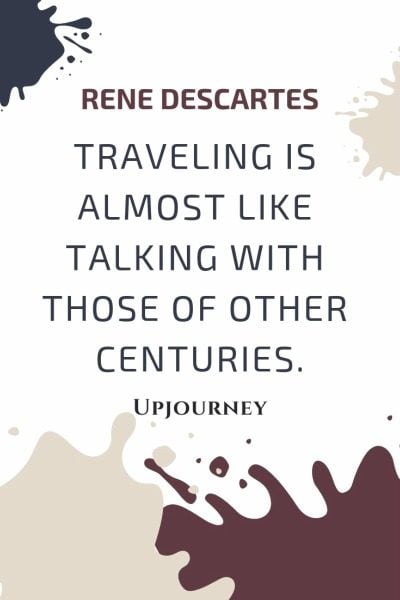 7. “Whenever anyone has offended me, I try to raise my soul so high that the offense cannot reach it.”

8. “The reading of all good books is like a conversation with the finest minds of past centuries.”

9. “One cannot conceive anything so strange and so implausible that it has not already been said by one philosopher or another.”

If you’d like to know more about the life and works of one of the most notable mathematicians in our history, we would suggest you read The Rene Descartes Collection.