He is considered and ranked as one of the greatest and most awe-aspiring professional wrestlers of all time, as well as the best American performer of the 1980s. He is noted for his tenures with the World Wrestling Federation (WWF, later WWE), the World Championship Wrestling (WCW), and Total Nonstop Action Wrestling (TNA).

Throughout his career, Flair has been presented with multiple ‘Wrestler of the Year’ awards, and he is also the only two-time inductee at the WWE Hall Of Fame. Aside from that, WWE also recognizes him as a 16-time world champion, ranging from different categories.

Below you’ll find the most memorable quotes and sayings by the legendary Ric Flair who conquered life both inside and outside the ring.

2. “Without your health, you’ve got nothing going on. I thank God every day for good health.” 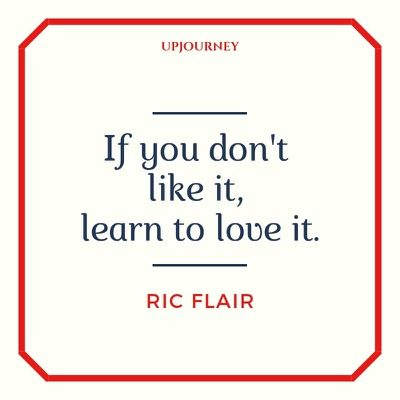 4. “When somebody has convinced you that you’re not worth anything to anybody anymore, and they spend a lot of time doing it, you start believing it yourself.”

8. “I’m every woman’s dream and every man’s nightmare.”

9. “If you have notoriety, you can dress any way you want to dress. That’s the way it is. I just like to get dressed up. I think that they go hand in hand – notoriety, and people looking at ya. If they look at ya, either you look like a million dollars, or you don’t. A guy can have a phenomenal body, but if the suit doesn’t fit him, forget it.”

1. “For me, it’s about camaraderie. My whole life is like, if something’s going on, nothing ever preceded fun. I always put my friends and the fun and the business ahead of everything.”

3. “I had my first ‘Survivor Series’ in 1991 and I was fortunate enough to be an instrumental part of the shows I was on.”

4. “It’s much more casual than it was, but my clothes and my ring attire – I thought up half of what I brought to the show.”

5. “Nobody has wrestled everybody in the business like I have, especially not Bret Hart.” 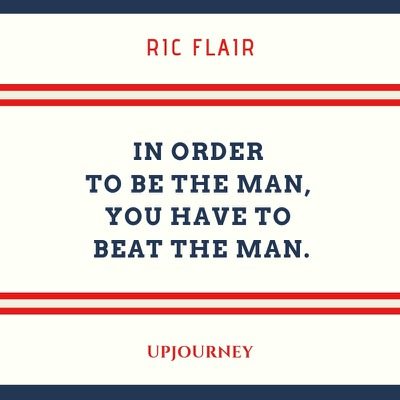 7. “I was really good at being a bad guy; I like that role. Not being bad to people – just talking bad.”

8. “My problem is that I think everybody needs to work as hard as I worked when I was in my prime.”

1. “None of this was written to hurt anybody’s feelings.” 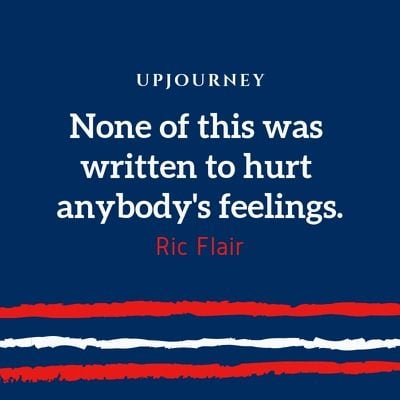 2. “Miami was always a town that was kind to me as a wrestler. It’s a great wrestling town, and it’s a great town, period. There’s so much to do in Miami.”

4. “Space Mountain may be the oldest ride in the park, but it has the longest line.”

7. “I spent more money on one robe than guys spend in five years.”

If you’d like to know more about the life experiences of the legendary Ric Flair, we would suggest you read Ric Flair: To Be the Man (WWE).