Robin McLaurin Williams was a famed American actor and comedian who astounded everyone with his incredible improvisational skills and the wide variety of memorable characters he played. The string of stand-up comedy shows and successful film roles made him one of America’s funniest performers of all time.

Born in Chicago, Illinois, Williams began performing stand-up comedy in Los Angeles and San Francisco during the 70s. After gaining much attention and soaring to fame in the sitcom Mork & Mindy, he established a career in both feature film acting and stand-up comedy.

He was nominated four times for the Academy Awards and finally won one in his performance in the movie Good Will Hunting. He also received seven Golden Globe Awards, four Grammy Awards, two Primetime Emmy Awards, and two Screen Actors Guild Awards.

Williams had a charismatic personality, an extraordinary wit, and was continually entertaining in every role he played. Here are the top 41 Robin Williams quotes and sayings that shows his thoughts and views regarding life, comedy, and many more.

1. “No matter what people tell you, words and ideas can change the world.” 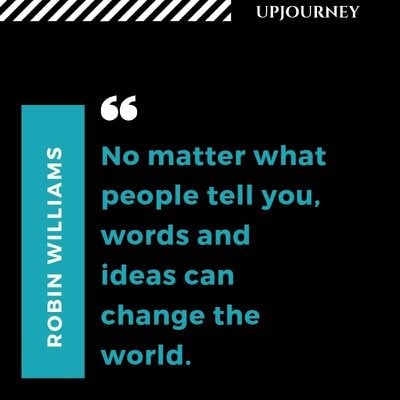 2. “The idea of having a steady job is appealing.”

3. “What’s right is what’s left if you do everything else wrong.”

4. “Being in the same room with people and creating something together is a good thing.”

5. “You’re only given a little spark of madness. You mustn’t lose it.”

7. “The Second Amendment says we have the right to bear arms, not to bear artillery.”

1. “Comedy is acting out optimism.”

2. “I started doing comedy because that was the only stage that I could find. It was the pure idea of being on stage. That was the only thing that interested me, along with learning the craft and working, and just being in productions with people.”

3. “Performing comedy in San Francisco, to begin with, is pretty wild. You’ve got to – you’ve got the human game preserve to play off of. And it’s a lot of great characters everywhere. You work off that, and then you play the rooms, and eventually, you get to a point where you’re playing a club that is a comedy club, with other comics.”

4. “Comedy can be a cathartic way to deal with personal trauma.” 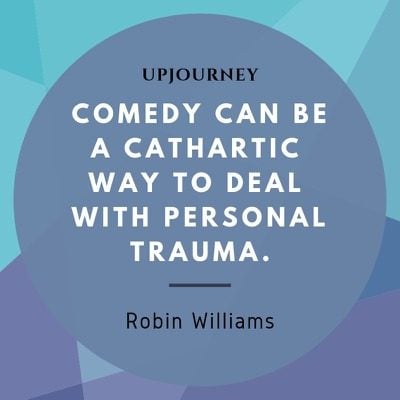 1. “If it’s the Psychic Network why do they need a phone number?”

2. “Never pick a fight with an ugly person, they’ve got nothing to lose.”

3. “I do believe in love; it’s wonderful – especially love third time around, it’s even more precious; it’s kind of amazing.”

5. “The Statue of Liberty is no longer saying, ‘Give me your poor, your tired, your huddled masses.’ She’s got a baseball bat and yelling, You want a piece of me?”

6. “Cricket is basically baseball on valium.”

7. “Gentiles are people who eat mayonnaise for no reason.” 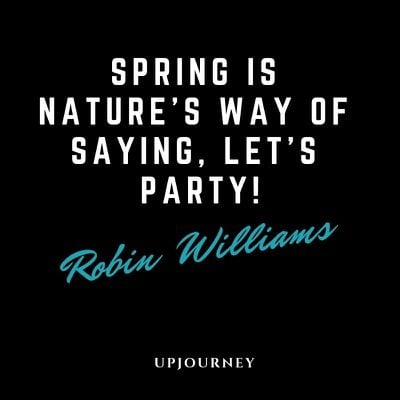 9. “If women ran the world we wouldn’t have wars, just intense negotiations every 28 days.”

10. “Why do they call it rush hour when nothing moves?”

12. “We had gay burglars the other night. They broke in and rearranged the furniture.”

1. “Having George W. Bush giving a lecture on business ethics is like having a leper give you a facial, it just doesn’t work!”

2. “People say satire is dead. It’s not dead; it’s alive and living in the White House.”

3. “When the media ask George W. Bush a question, he answers, Can I use a lifeline?”

4. “We have a president for whom English is a second language. He’s like ‘We have to get rid of dictators,’ but he’s pretty much one himself.”

6. “Politics is so personal, vicious and immediate, how are you going to get anything done? Even the local politics where I live have gotten so ugly.” 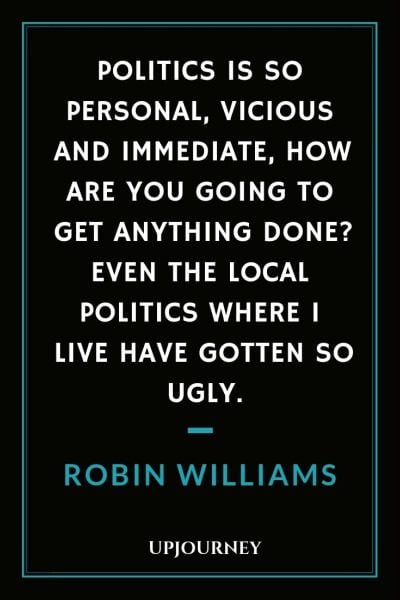 3. “I believe Ronald Reagan can make this country what it once was… a large Arctic region covered with ice.”

4. “I think it’s great when stories are dark and strange and weirdly personal.” 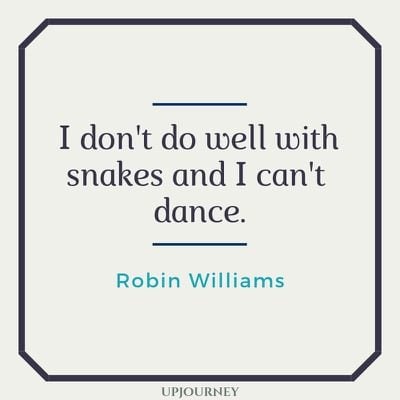 6. “When Jonathan Winters died, it was like, ‘Oh, man!’ I knew he was frail, but I always thought he was going to last longer. I knew him as being really funny, but at the same time, he had a dark side.”

7. “I loved running, but all of a sudden everything hurt so much. I started cycling when Zelda was born.”

8. “The Russians love Brooke Shields because her eyebrows remind them of Leonid Brezhnev.”

9. “One of my favorite actors of all time, although he doesn’t necessarily play villains, is Peter Lorre.”

10. “My style is bad white-boy dancing. I can do swing a little bit, but nothing beyond that. My solo dancing is sad. I use my arms, badly.”

11. “We’ve had cloning in the South for years. It’s called cousins.”

12. “The ‘Aladdin’ thing – that does not work; that’s just fun. Three days in the recording studio going mad, then the animators do all the work. Not a bad way to cash a large check, my friend.”

If you’d like to know more about the life story of the incredible Robin Williams, we would suggest you read Robin by Dave Itzkoff.