Samuel Johnson was an essayist, critic, biographer, poet, and lexicographer, who contributed relevant works to English literature. Some scholars consider him as one of the greatest 18th-century literary critics.

The Oxford Dictionary of National Biography describes Johnson as “arguably the most distinguished man of letters in English history.” That is because Johnson’s A Dictionary of the English Language, published in 1755, had a far-reaching effect on Modern English and was regarded as “one of the greatest single achievements of scholarship.” This work brought Johnson popularity and success.

Listed below are 52 Samuel Johnson quotes and sayings that show his views on friendship, life, writing, happiness, and many more.

1. “Friendship, like love, is destroyed by long absence, though it may be increased by short intermissions.” 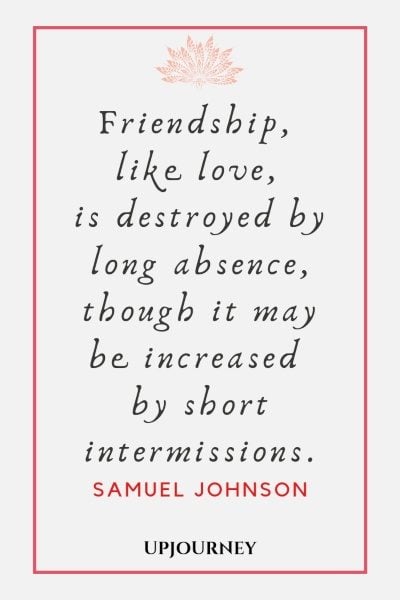 2. “The feeling of friendship is like that of being comfortably filled with roast beef; love, like being enlivened with champagne.”

3. “If a man does not make new acquaintances as he advances through life, he will soon find himself left alone. A man, sir, should keep his friendship in a constant repair.”

1. “Surely a long life must be somewhat tedious, since we are forced to call in so many trifling things to help rid us of our time, which will never return.”

2. “To be idle and to be poor have always been reproaches, and therefore every man endeavors with his utmost care to hide his poverty from others, and his idleness from himself.”

3. “Being in a ship is being in a jail, with the chance of being drowned.”

4. “It matters not how a man dies, but how he lives. The act of dying is not of importance, it lasts so short a time.” 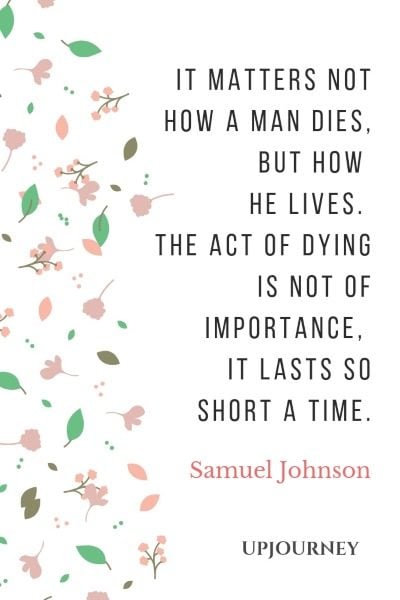 5. “Life is not long, and too much of it must not pass in idle deliberation how it shall be spent.”

7. “By seeing London, I have seen as much of life as the world can show.”

8. “Life is a progress from want to want, not from enjoyment to enjoyment.”

9. “When making your choice in life, do not neglect to live.” 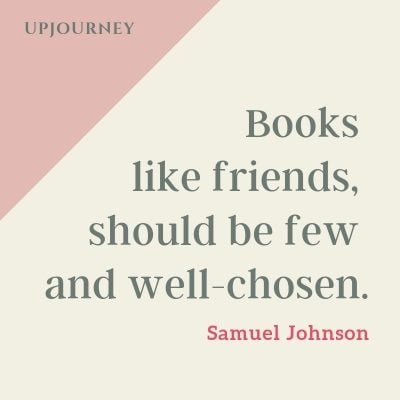 11. “Actions are visible, though motives are secret.”

12. “Life cannot subsist in society but by reciprocal concessions.”

1. “What is written without effort is in general read without pleasure.”

3. “The greatest part of a writer’s time is spent in reading in order to write. A man will turn over half a library to make a book.”

4. “Poetry is the art of uniting pleasure with truth.”

5. “Read over your compositions, and when you meet a passage which you think is particularly fine, strike it out.”

6. “Nobody can write the life of a man but those who have eat and drunk and lived in social intercourse with him.”

7. “Language is the dress of thought.” 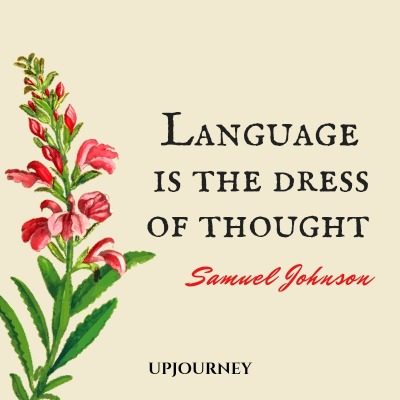 2. “Allow children to be happy in their own way, for what better way will they find?” 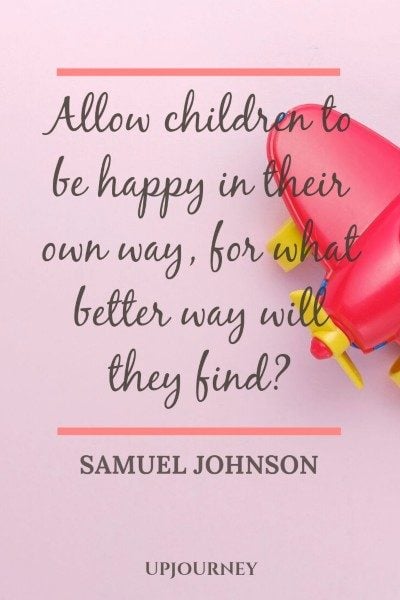 3. “There is nothing which has yet been contrived by man, by which so much happiness is produced as by a good tavern.”

4. “Life affords no higher pleasure than that of surmounting difficulties, passing from one step of success to another, forming new wishes and seeing them gratified.”

5. “The happiest part of a man’s life is what he passes lying awake in bed in the morning.”

6. “He who has so little knowledge of human nature as to seek happiness by changing anything but his own disposition will waste his life in fruitless efforts.”

7. “By taking a second wife he pays the highest compliment to the first, by showing that she made him so happy as a married man, that he wishes to be so a second time.”

1. “Books that you carry to the fire, and hold readily in your hand, are most useful after all.”

2. “Actions are visible, though motives are secret.”

3. “Courage is the greatest of all virtues, because if you haven’t courage, you may not have an opportunity to use any of the others.”

4. “Curiosity is one of the most permanent and certain characteristics of a vigorous intellect.” 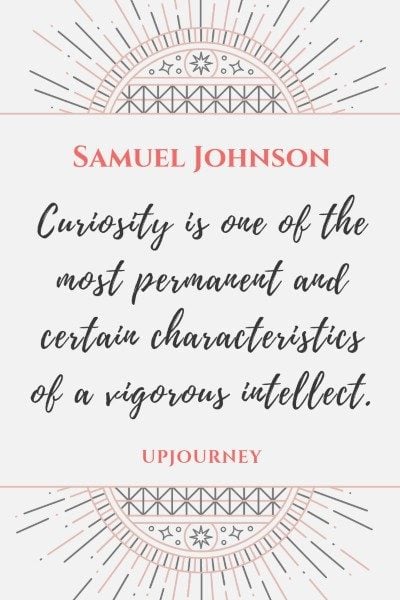 5. “Revenge is an act of passion; vengeance of justice. Injuries are revenged; crimes are avenged.”

6. “To strive with difficulties, and to conquer them, is the highest human felicity.”

7. “At seventy-seven it is time to be in earnest.”

8. “Knowledge is of two kinds. We know a subject ourselves, or we know where we can find information upon it.”

9. “Almost every man wastes part of his life attempting to display qualities which he does not possess.”

11. “No man will be a sailor who has contrivance enough to get himself into a jail; for being in a ship is being in a jail, with the chance of being drowned… a man in a jail has more room, better food, and commonly better company.”

12. “Kindness is in our power, even when fondness is not.” 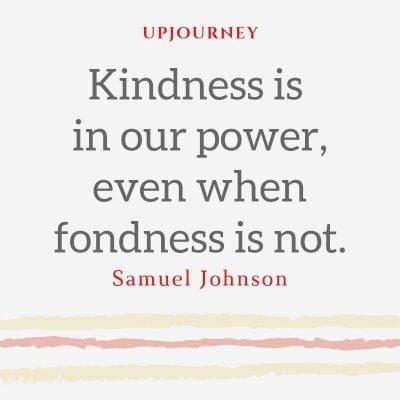 13. “Of the blessings set before you make your choice, and be content.”

14. “Nothing will ever be attempted if all possible objections must first be overcome.”

15. “Self-confidence is the first requisite to great undertakings.”

16. “Praise, like gold and diamonds, owes its value only to its scarcity.”

17. “No place affords a more striking conviction of the vanity of human hopes than a public library.”

18. “Classical quotation is the parole of literary men all over the world.”

19. “Nothing flatters a man as much as the happiness of his wife; he is always proud of himself as the source of it.” 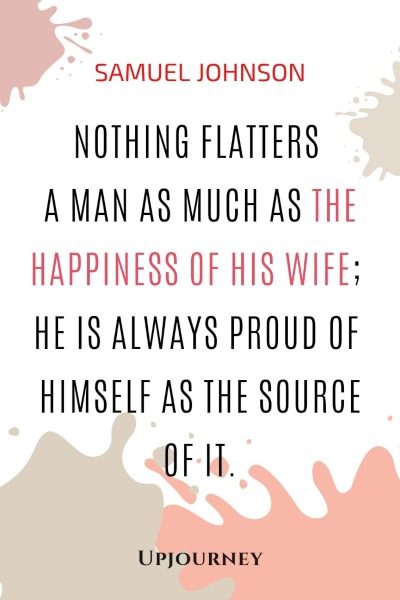 20. “Paradise Lost is a book that, once put down, is very hard to pick up again.”

21. “Agriculture not only gives riches to a nation, but the only riches she can call her own.”

If you’d like to read some of Samuel Johnson’s, we suggest you read The History of Rasselas, Prince of Abissinia and The Vanity of Human Wishes.