What are the signs of a bad boss?

What do you do when your boss is disrespectful? 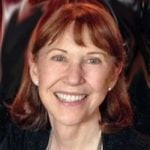 These types of bosses only care about themselves and what will make them look good. They have no desire to sit down with you to have a meaningful discussion on how you can work more productively or advance within the company. If you were to shine in your job, their insecurities would come out and they’ll feel threatened by your success.

That’s why these types of bosses will keep you in the dark on key issues critical for you to do your job, will never compliment you on work well done and will look for ways to criticize you—privately and in front of co-workers. 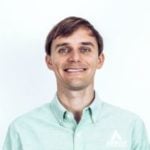 A good boss should be one of your biggest allies but if they do not respect you, they will leave you in the dark about important issues so you will often find yourself caught off-guard or just working off the wrong information.

If there is some bad or urgent news that might affect you and your work, they will not give you a heads up or if there are important changes to a project, they will not tell you, requiring instead that you find out from others.

In their world, they do not have to explain anything to you, including decisions that might affect you personally.

A boss that respect and values you will want to see you succeeding and going about your job as seamlessly as possible. One who doesn’t will make it look like the resources, tools, or processes you need to execute your responsibilities are unimportant.

They will take forever or make it impossible to get the computer or copier fixed, approve the budget, provide certain client details, or furnish you with certain login details under the guise of being busy.

If they make themselves too busy with your work needs, they do not respect you.

Your boss does not hesitate to disrupt your personal life

Sometimes work can get super busy and require you to leave late, come in earlier, put in extra hours, or carry work home but when your boss does not seem to understand that you have a personal and professional life and expects you to be on call for them at all times or all else…that is a problem. So is a boss who waits until the last minute to give you a project to complete within an unreasonable deadline.

Knowing whether your boss is being disrespectful or they are just naturally intense is not always easy but if they do not seem to value your time, needs, and overall wellbeing in the workplace, it is a sure sign they do not have much respect for you.

Related: The Difference Between a Boss and a Leader 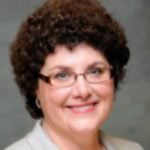 Here are some signs your boss doesn’t respect you: 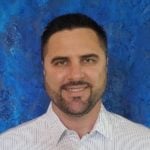 Your boss doesn’t respect your time

If you’ve cleared out your schedule to meet with your boss and they’re constantly rescheduling on you, that’s one way of telling they don’t value your time.

If they keep asking you to review work you’ve already looked over and submitted, not only does your boss not value your time but they also don’t trust the quality of work you produce.

Your boss undermines you in public

There are few things in the office worse than being undermined in public by your boss. It’s demeaning enough in private, but in full view of your colleagues, it’s worse.

It shows them your standing in the company and damages your credibility and authority and you’ll have a harder time dealing with your own subordinates.

Your boss doesn’t listen to your opinions

Whenever you have input in meetings or conferences, your boss doesn’t listen to what you have to say and only pauses long enough for you to finish speaking before moving on to someone else that also has an opinion on the matter. 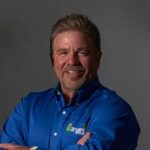 Your boss doesn’t value your own time

It’s likely that your boss doesn’t respect you if they interrupt you during lunch, ask you to complete tasks close to or at the end of the day, or contact you outside of business hours for non-emergencies.

This shows that your boss simply wants to take advantage of your time whether you’re on the clock or not. You’ll know when your boss respects you when they respect your time above all else. 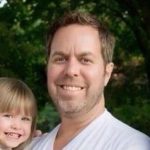 Your boss gives you the run-around

You could say that this means they value you and don’t want you to leave so they’re lying to keep you around. But this is very different from respect.

I worked for a company for years. I realized that, while I was junior level, I was doing the same work as my senior level co-workers without the benefits. So I approached my boss. He, of course, said he’d talk to his boss. So I waited a few weeks and asked for an update. He said he’d reached out but hadn’t heard back.

This was the norm for two years before I finally just left the company for a senior position elsewhere. Remember, being valued is not the same as being respected. 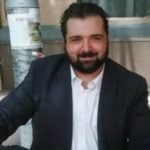 Your boss doesn’t consider and value your opinions

If your boss isn’t at least considering your suggestions in areas you have demonstrated expertise in you should start looking for something else.

There are usually a number of other signs that come around the same time, being skipped over for important or client-facing work and given less important jobs. Being excluded from meetings in your specialty or spoken over in those meetings.

In my coaching experience once this starts to happen it’s easier to look for another job it’s very difficult to rebuild this type of relationship. 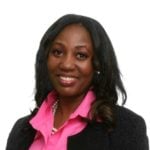 You are the last to know

How is it, regardless of what’s happening in the department, you are the last to know? Your boss tells everyone, even provides some with a heads up but as usual, you are left out.

You only discover what’s going on if you happen to overhear it through the company grapevine. At times you have even discovered that a memo or email went out but one never hit your inbox.

These are all signs that possibly your boss does not respect, value or notice you. In their eyes, you may be just another worker and they may not feel an obligation to share information with you. Being invisible is not fun but you can change things.

Having a strong work ethic, going above and beyond the call of duty, will cause them not only to begin including you but they will know you by name.

You are never acknowledged

Despite being in a meeting where they are dividing up tasks and responsibilities, your name never comes up. It’s as if you are the invisible ghost. Literally, your boss will look right at you and decides the person next to you is a better fit for the project.

In addition to that, meeting after meeting, month after month, this pattern continues, it’s as if you don’t exist or better yet, a player on another team. If you want to be acknowledged, respected and called upon, you must do something that’s worthy of respect.

Respect is not given without being earned. Why do we look up to a favorite athlete? It’s because their hard work and talent are exuding, we even want to be like them. When you begin to make a difference in a way that affects your companies bottom line, it will not go unnoticed. For us to get respect, we must be respectable. Do something that calls everyone’s heads to turn. 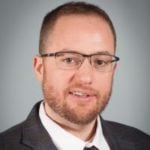 Your boss doesn’t accept or honor your pieces of advice

There are multiple area’s to recognize if you are working for a bad boss. They seek your input or counsel on issues, but rarely if ever use the advice you provide. They want to hear what you have to say but go in a totally different direction.

Other area’s I have seen for bad management is weak performance reviews. They spend 10-15 minutes annually on providing feedback to you and really give you no concrete areas of improvement. Rarely do they provide opportunities for advancement, stretch assignments or participation in strategic areas. 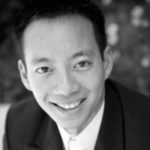 I’ll never in good conscience be able to treat any employee differently based on whether I like them in the personal sense or not. Obviously, there are instances where you think you may have known somebody, but another side of their personality comes out that might be off-putting.

If it ever gets to the point where I start to feel I may despise them, and that impression seems to be radiating among other co-workers, then that can be toxic, then it is up to upper management to mediate from there.

It’s no secret that bosses sometimes prefer a sense of autonomy, but if they never try to engage with you either professionally or personally, that can be a big red flag that you, as the employee are not making yourself stand out in either sense.

Like I said, I’ll always preach the philosophy of not making employees feel ostracized, as that can really be damaging to somebody’s emotional health. However, intervention is usually the right approach to take when an employee is showing signs that they can’t be trusted, other employees are expressing dissatisfaction with them from either a professional standpoint or just their general demeanor.

There will always be exceptions when a boss might be treating an employee unfairly based off how well they “mesh” with them, but if there is no intended intervention, that is more of a testament to poor leadership than anything. 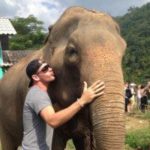 If during meetings the boss never suggests you share your opinion while requesting to hear from others it’s possible they don’t value what you have to offer.

If they find errors in everything you do it could be due to lack of respect for your work. They expect to find errors and sometimes people are determined to find what they’re looking for even if it’s a stretch. This shouldn’t be confused with constructive criticism in inappropriate situations. In those cases, the superior likely sees promise in the employee and wants to help them maximize their potential.