While you can never be certain how your recent interview went until you hear the final decision, some signs may indicate it went considerably well.

So, how do you know if an interview went well or not? Let’s hear it from the experts.

I have studied labor economics with a specific focus on the hiring process for over a decade. Having advised both HR departments and candidates, there are a few tips I can share about the interview experience.

First, however, let me suggest this; despite the tricks, gimmicks, efforts, wants and desires, the is only one essential action to take following an interview: focus on getting the next interview at the next employer.

All too often candidates spend an equal amount of time debriefing, lamenting, worrying, or even excitedly boasting about an interview; absolutely none of these matters. Why? Every interview is different, and what is most important is to focus on the data that counts in your job search.

The average, unless using a proven evidence-based system such as the Career Development System and training available at Strategic Learning Alliance as one example, a job seeker should plan on 10 applications, to get three resume views and one interview.

On average, for mid and senior (but not executive) level roles, you can expect a 1:10 ratio – interviews to offers. With that said, how do you know if an interview went well?

Typically, you should be excited by the following:

The interviewer brings up the next steps

If the recruiter or interviewer brings up “next steps.” In 3/4 settings candidates reported that when they inquired about “next steps” (typically when the interviewer opens up a chance for the interviewee to ask questions at the end), then they did not get a call-back.

Typically an interview has done well when it feels like a natural conversation, as though the response of one question leads right into a “deeper level” focus with the next conversation.

Keep in mind, that synergy is needed between recruiters, managers, and other interviewers, so this is not a guarantee but it is important that you feel as though you “click” and the opportunity resonates with you.

While good recruiters can keep a discussion moving, there is a difference by attaining flow in an interview. This is a state whereby it seems an hour passes in a minute, where the questions occurring are sincere.

The parties are equally interested and engaged (by phone or in-person), and you feel that critique is an inquiry and not criticism when asked follow-up questions.

These are all great signs the interview went well. But, let me caution back; there is never a promise or a guarantee.

The only thing you should worry about is applying a consistent process to screening job leads, researching, making your resume stand out and fit for the job, and keeping pace.

Whether an interview feels like it went amazing (or not), this is the best use of your time and focus and not worrying about if an offer will come or not. While you may be concerned about it, wasting senseless time analyzing every facet of the experience does not lead to what counts the most – the next interview opportunity! Stay focused!

If the interviewer asks specific questions about your job search activity and other opportunities you are considering, this could be a sign that they don’t want to lose you to another opportunity.

Also, if they ask for your timeline, when you could give notice, what vacations you have planned and when you would be free to start, that’s definitely a positive sign.

They show you around

If the interviewer takes you on a tour of the company, introduces you to other people, and shows you where your office would be located, it’s a very positive sign. Especially when the tour was not part of your original itinerary for the day.

When the interview runs longer than scheduled and the dialog is effortless, it’s a very good indicator that the hiring manager is feeling good about you as a candidate.

They ask for your references and talk dollars

Being asked for references during an interview is always a great sign. It means a hiring manager knows they want to move forward and this is a step they need to cross off the list.

Additionally, if they bring up salary, insurance, bonuses, profit sharing, and other benefits, it’s another way of selling you on the role.

Most people can tell when they’ve failed an interview. But what about when you’ve done well? The signs of a successful interview aren’t always obvious, but if you know what to look for it isn’t hard to tell when you’re a shoe-in for the job.

The interviewer will ask you for a list of references

Most jobs that require candidates to have references will say so during the application process. So if you’re asked for references after the interview, it’s a solid indicator that — at the very least — they’re seriously considering you for the job.

The interviewer will start to sell the company to you

Things like company culture and additional benefits aren’t usually covered in-depth in a standard interview, so if they’re brought up it’s a good sign the interviewer thinks you suit the position and wants to pique your interest.

Often, the best interviews I’ve had with candidates feel like a conversation between two professionals — not some sort of interrogation. If you notice that the person interviewing you seems attentive and excited about the back-and-forth you’re having, it’s a great sign that you’re leaving a positive impression.

Not only that but if you’re able to have a substantive, natural conversation with the interviewer, it shows that you’re qualified enough to discuss the details of the job in-depth.

However, no matter how well it seems your interview went, remember that it’s no guarantee that you’ll get hired. At the end of the day, the only sure sign that you did well in an interview is a job offer.

Related: How to Respond to a Job Offer

The interviewer starts to sell the organization to you

The goal of an interview is to prove that you are fit for the job. However, if the interviewer starts telling you about all the exciting things about the company, the great culture, amazing team members, benefits, and compensation packages, chances are good that they want to keep you to themselves before someone else grabs you.

The hiring manager responds to your correspondences

It is common for hiring managers to take a couple of days to respond to emails from job candidates. So, it is definitely a very good sign if your follow-up emails get an immediate response. It shows that the hiring manager is interested in bringing you on board.

Staffing firms get to hear both the candidate and interview perspective on interviews. Time-and-time again, we see candidates coming out of an interview glowing and thinking it went great while the hiring manager says they’ll be looking in a different direction.

There are several factors at play here:

As a result, candidates are likely to feel a generally positive “vibe” with the interview regardless of how well it has actually gone.

The fact of the matter is unless the employer hinted toward the next steps, you likely won’t be hearing back

In some cases, the interviewer may be explicit in setting next steps:

These are just a few examples. The important point is that without some sort of hint that the employer intends to take the next step closer to hiring you, any goodwill you felt in the interview is probably just niceties.

I have been hiring people for 7+ years and there are two, almost contradictive ways I could reach if a job interview went well.

Giving tasks right away after the interview

If I get an applicant for a job position that I posted online, I tend to want to hire quite fast. I have, with great success, used my gut intuition to determine if a person is a great hire, and I tend to feel it right away. I have hired a person in the room once, but normally I would send a task or a test for them to do, right away if the interview went well.

Normally I say will over skill, but all the basic skills to fill the position must be tested to see if the person is capable of doing the job.

The other way I could reach differently is if a person seeks employment when I have no open position. If it went bad, I let them down right away, so they can move on.

If it went well, I try to stall time, send tests to do, and maybe even make up extra tests, and if I really do like them I invite them into a second interview to talk about their hopes and aspirations and getting to know them even better.

This seems a bit selfish, but I do this because if a job position opens up, I know just who to hire. I have hired an applicant before, even though I had no job opening, we agreed on a lower salary for the first few months, until he helped grew the company to afford the new hire.

Almost as nerve-wracking as preparing for a job interview is trying to determine if the interview went well.

This means that your potential employer has not dismissed you and wants to do more research. A long interview is also a sign of a good interview since if the employer was willing to take valuable time out of their day, it means that they saw your meeting with them as an investment.

If they tend to nod and smile a lot while you answer questions, it means that they’re liking what you have to say. Lastly, if the interviewer takes you on a tour of the office and introduces you to staff, this is a good sign that you aced your interview.

Related: Why is Body Language Important?

There are several ways to tell that a job interview went well. Facial expressions and body language, discussing the next steps, etc are all signs of a good interview.

When the interviewer begins to sell the candidate on their organization

If the candidate does a poor or even mediocre job, the interviewer won’t bother to do a strong sales pitch because, with a candidate that is not going to get an offer, it would be a waste of time.

But if a candidate has done really well, they will begin to “sell” the compensation, benefits, atmosphere, etc. of the organization and at the end will let them know what the next steps will be before they leave. 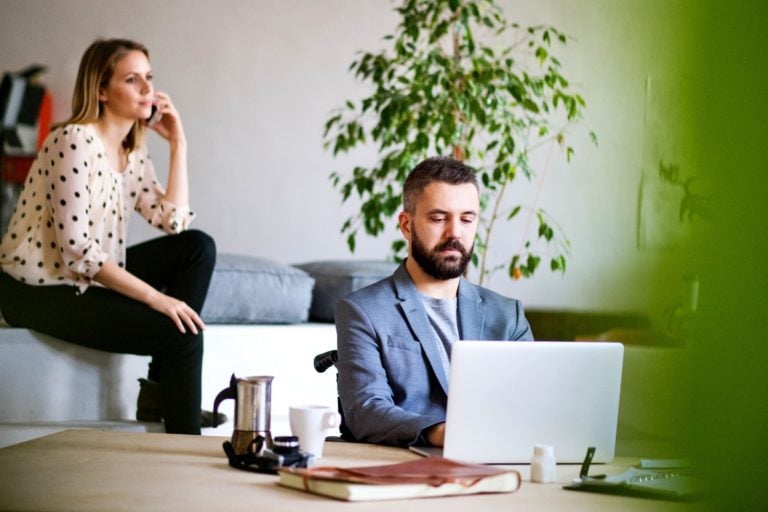 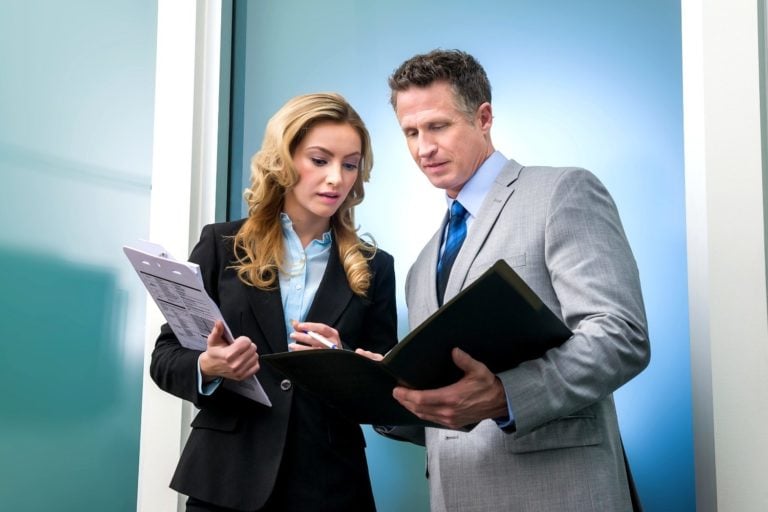 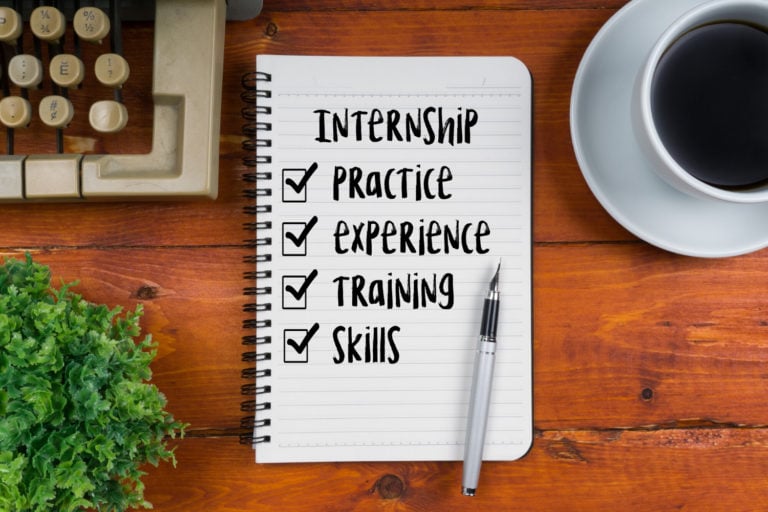 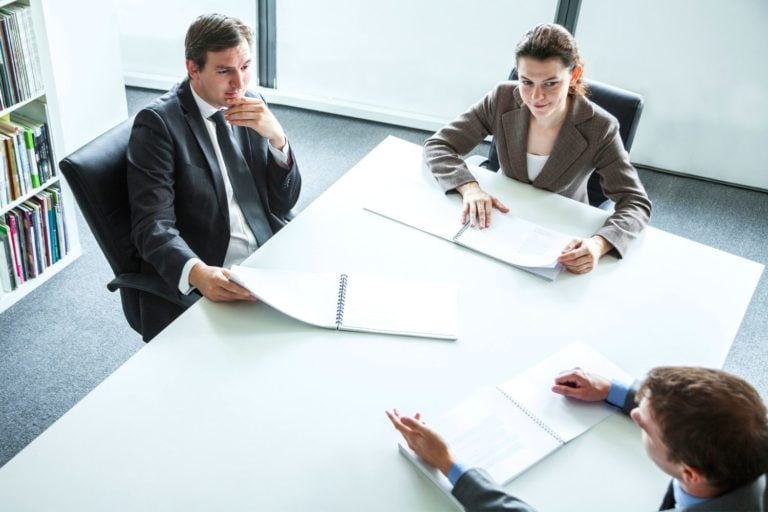 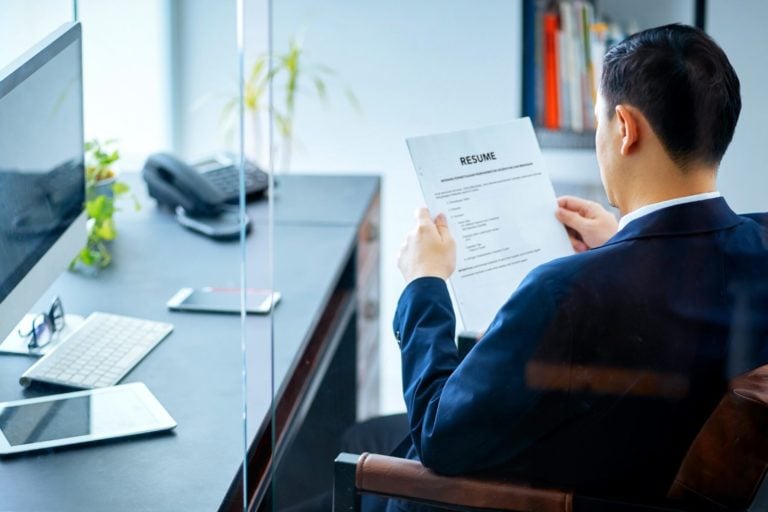 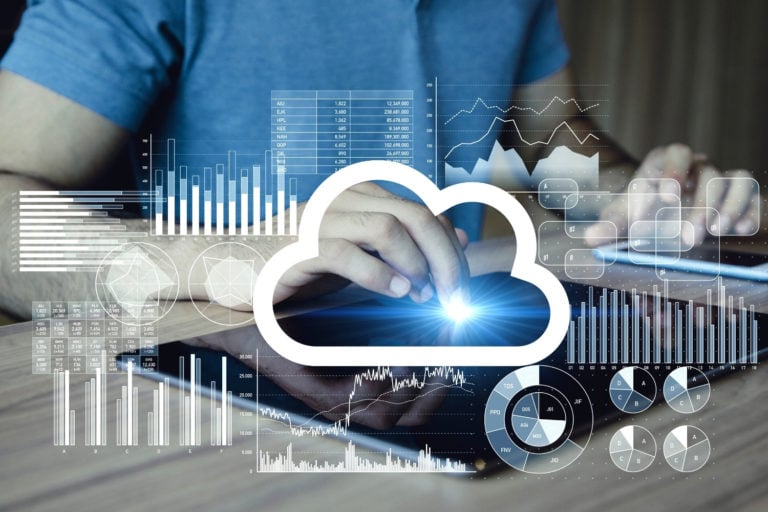