Stephen Donaldson is one of my first influences as a writer.

As a middle-school student reading his very sophisticated fantasy I was completely immersed and overcome by the ambition and depth he showed in his Chronicles of Thomas Covenant.

I am always happy to share my enthusiasm for his work, and this guide gives me the perfect opportunity.

First Chronicles: The Chronicles of Thomas Covenant, The Unbeliever

In the 1970’s when J.R.R. Tolkein’s work had just established itself as “fantasy canon,” epic fantasy authors such as Donaldson had to find a way both to match the scope of Middle Earth and to differentiate themselves from it.

The First Chronicles (which were at that time simply “The Chronicles” as no sequels had been planned) are Donaldson’s attempt to face up to the challenge of creating a world and a story as sophisticated and meaningful as Lord of the Rings. Under the guidance of legendary editor Lester del Rey, he succeeded brilliantly.

Like Tolkein, Donaldson sets his story in a world with many races and groups, each with their own subdivisions and backstories. Lords, stone-dwellers, tree-dwellers, giants, Haruchai, waynhim, ur-viles, all live in The Land and interact with one another under the threat of the malicious deity, Lord Foul, who has been trapped in the world with them and who wreaks havoc upon them through his manipulations.

Into this complex landscape, Donaldson throws a visitor from our world whose task is to save the Land from Lord Foul.

What elevates the concept above fantasy homage into the realm of original, even literary fiction, is that the savior is an anti-hero, a man whose life has been stolen by leprosy, and who has learned to deny himself hope in order to survive. Upon coming to the Land, where he is healed and hailed as a savior, he immediately refuses to believe that his situation is real and subsequently denies all responsibility for his actions or his potential. All his attempts to act, sometimes in service to, and sometimes in spite of, his unbelief, have dire consequences for the Land and the people in it.

There are many tragic events here, presented in a way that is not buffered by the romanticism we typically find in fantasy. However magical the setting, the cruelties we see are real-world cruelties, and the tragedies real-world tragedies. The relentless reality of the book is both compelling and distressing and makes it unique among fantasy series.

This trilogy is different from the seven books that follow it in one vital way. At no point is the reality of the Land ever established for the hero or the reader. In the end, Covenant and the readers must decide for themselves the validity of Covenant’s actions and the meaning of his final transformation. 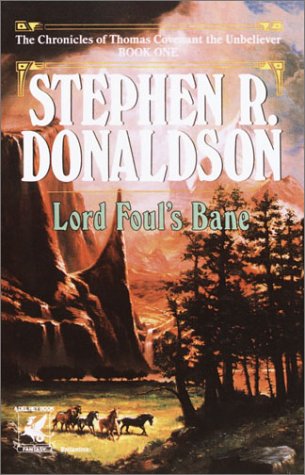 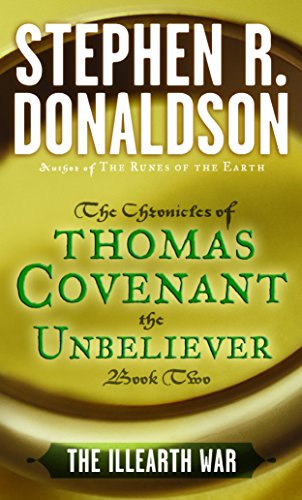 The Power That Preserves 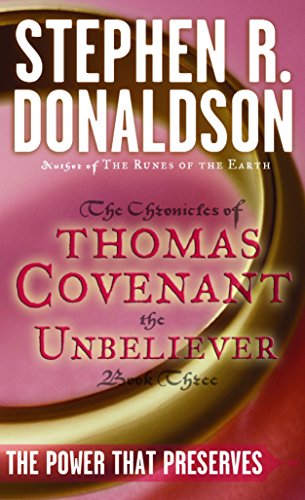 The Second Chronicles were begun shortly after the publication of the original trilogy at the request of his editor, Lester del Ray.

Covenant returns to the Land with another person from our world, and each of them has a part to play in preventing Lord Foul’s new domination of the Land. The second character, Linden Avery, struggles with questions of her own agency, her ability to act, and her ongoing relationship with Covenant and the alternate reality acts as a means of her own transformation, as well as a development of Covenant’s own self-understanding.

Several vital differences exist between the first series and the second. This series takes us beyond the confines of the Land, introducing us to characters from the larger world beyond. In addition, the dual perspective we receive from our heroes diminishes the question of whether that world is real, changing the focus of the book from a question of reality to a question of agency.

As heartwrenching as the events of the first series are, the second series covers bleaker emotional territory.

The first operates in more primary colors, with the question of good and evil more easily determined among the vying factions, if not in the individual characters. In the second series, many things which are expected to be good prove far more nebulous. This reflects the main characters’ questioning of their own value in this world.

Are they heroes or do they bring disaster despite their best intentions? And as the stakes seem even higher than before, their need to prove themselves worthy of the love and protection they receive is sharper. 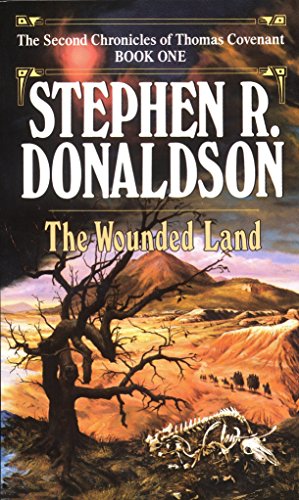 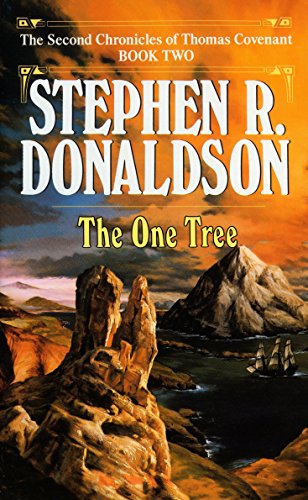 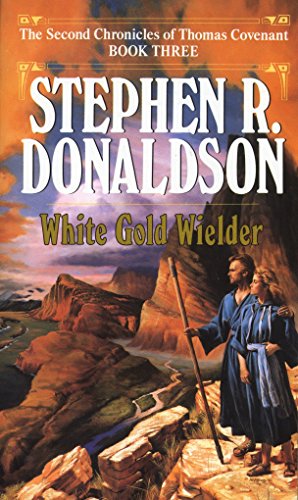 The first book in the Third Chronicles was published 23 years after the last book of the Second Chronicles. Donaldson felt a need to satisfy questions raised by the first six books while at the same time raising the stakes for himself as a writer. The result is a virtuosic tetralogy that brings time and causality into play as well.

Linden Avery returns to the Land with her autistic son. Lord Foul’s machinations have gone deep, perhaps even to the level of madness, and the fate of the entire world surrounding the Land is now in direst jeopardy. Characters of immense power move about like chess pieces, altering the game with every change of position, and in her fight to save the land, Linden Avery must negotiate among them to determine who is an ally and who is an adversary.

Certain races and groups that served only minor roles in the first six books are given a much richer existence in this one, and their backstories are filled out considerably. Donaldson again shifts the virtue of different segments of his population, giving a fascinating arc to the nearly ten-thousand year span of his world. The motives of individuals in this book are kept particularly obscure so that in some ways it comes across as much as a mystery as fantasy.

The Runes of the Earth 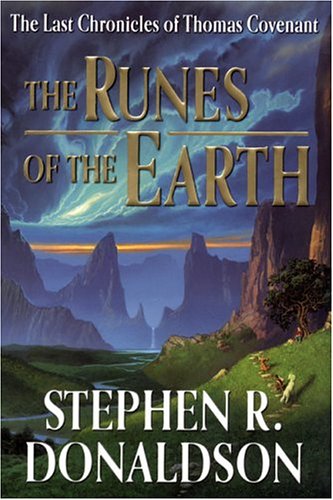 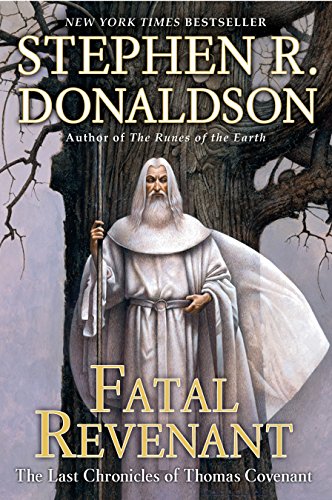 Against All Things Ending 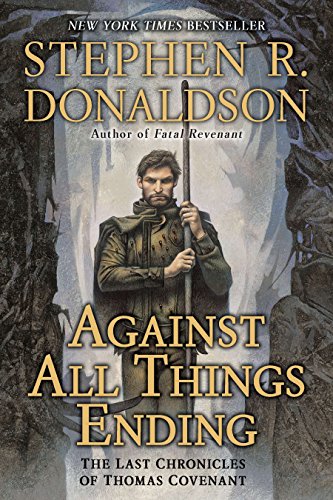 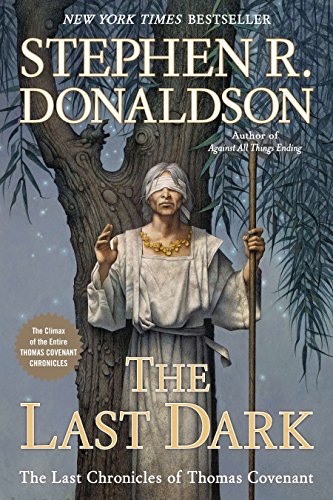 These two books were published after the Second Chronicles. They are a standalone series which shares with the Covenant Books the premise of a person from our world brought in to save another one. Like Thomas Covenant, Terisa Morgan is a woman uncomfortable with the thought of her own power, and unable to step up to her apparent potential as the savior of the world she has entered.

Although the magic of mirrors is a key component of the plot, the book reads more like a historical novel than a fantasy. A great monarch has apparently gone mad and the numerous princes and potentates are vying for control. Meanwhile, the adepts who study and execute the mirror magic have their own agenda as they seek to save their occupations and their lives.

Like a good mystery novel, the motives of the various subjects are kept hidden, with only a few key characters allowed to show their true colors. Terisa’s gradual awakening to her own potential remains the heart of this book, and the political machinations and the fantastic elements do not overshadow it. Even so, there are enough spells, sword fights and battles to satisfy the most ardent fantasy lover.

The Mirror of Her Dreams 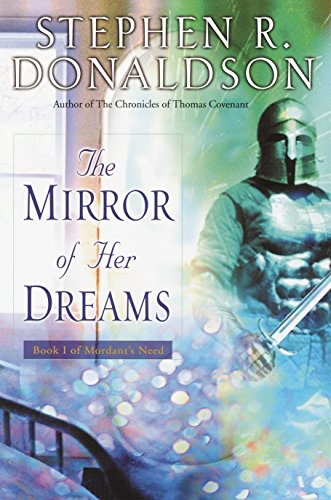 A Man Rides Through 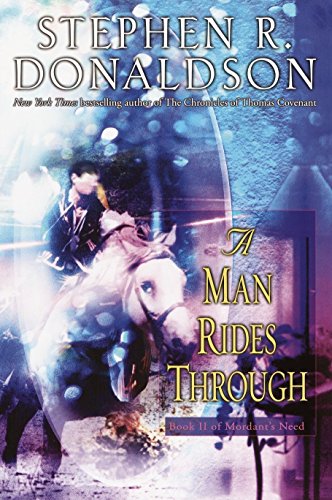 In an introduction to this series, Donaldson revealed that the creation of these books was inspired by his admiration for Richard Wagner, composer of the epic interconnected operas known as The Ring Cycle. The characters in the books are inspired by roles from those operas.

The books span many years in the life of the three main characters, Morn Hyland, Angus Thermopyle and Nick Succoroso. As the fate of the characters change, their roles also change. Donaldson never permits us to permanently assign the title of “hero,” “villain” or “victim” to anyone in the story.

The story is vast and most certainly operatic in scope. The writing is of consistently high quality. Readers will find the Gap War a most entertaining and diverting series.

The Gap Into Conflict 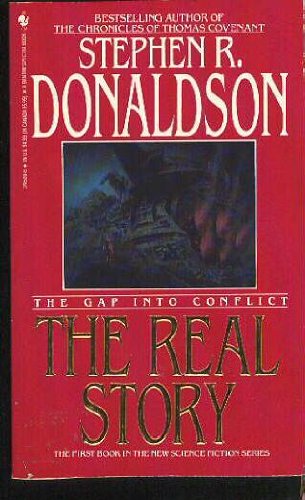 The Gap Into Vision 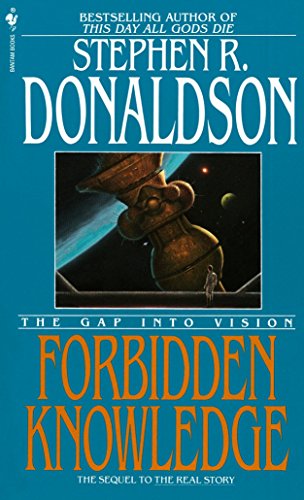 The Gap Into Power 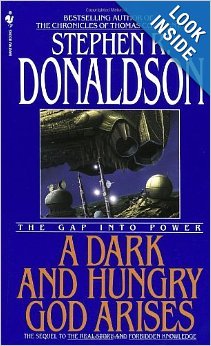 The Gap Into Madness 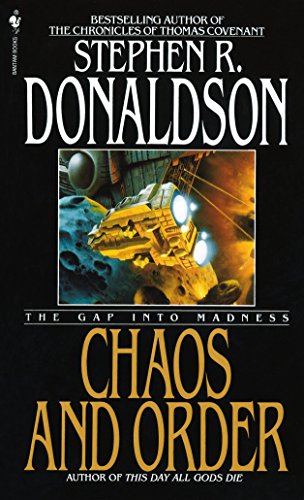 Donaldson’s newest collection will be completed in 2020. Donaldson brings his experience as a writer to bear, creating a world and a plot no less complex than his earlier work, yet told in a writing style that is more concise. Longtime fans will enjoy Donaldson’s return to sophisticated fantasy-fiction. 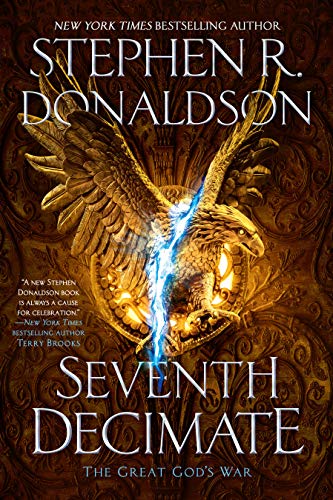 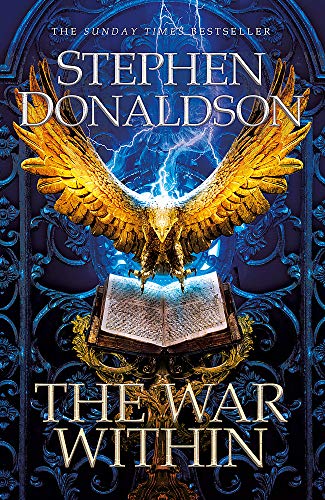 Donaldson has written only a handful of stories. He considers himself a novelist by temperament. Nevertheless, the quality of his writing in this short fiction is no less powerful in them, and they are very satisfying.

Daughter of Regals came out after White Gold Wielder, and collected many stories Donaldson had published prior to and during his rise as the author of the First Chronicles. The title story is a novella which is as interesting as any of his novels and demonstrates Donaldson’s ability to construct complex worlds which are convincing and compelling. The rest range from the prescient “Mythological Beast,” to the classic good-versus-evil struggle in “Unworthy of the Angel,” to a story excised from a longer version of his Covenant Series, “Gilden Fire.”

The second collection, Reave the Just, collects later group stories and novellas. The title character, who appears in two of the stories, is one of the oddest heroes to be found in fantasy literature. Meanwhile, stories like “The Woman Who Loved Pigs” confound our expectations of hero and villain, and “The Killing Stroke” makes use of Donaldson’s considerable knowledge of martial arts.

Daughter of Regals and Other Tales 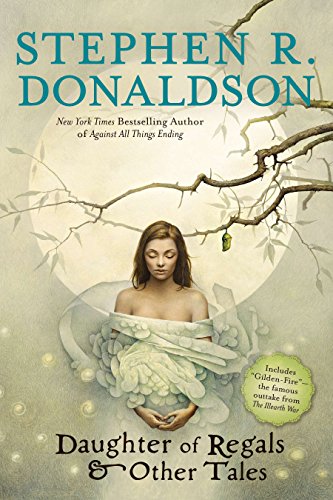 Reave the Just and Other Tales 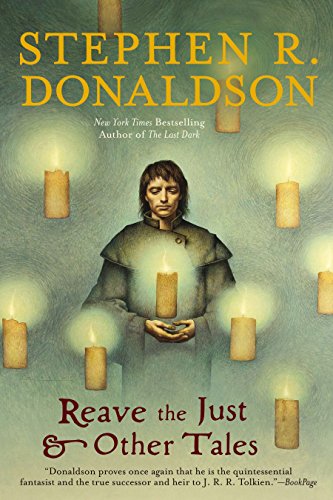 The Man Who (as Reed Stephens)

Donaldson wrote these detective novels under a pseudonym. While a writer of his caliber is unlikely to produce inferior fiction, lovers of his fantasy novels may not find these to be of the same calibre as his other works.

Nevertheless, Donaldson’s ability to create lively characters and unexpected twists and turns serve him well in these film-noir books.

The Man Who Killed His Brother 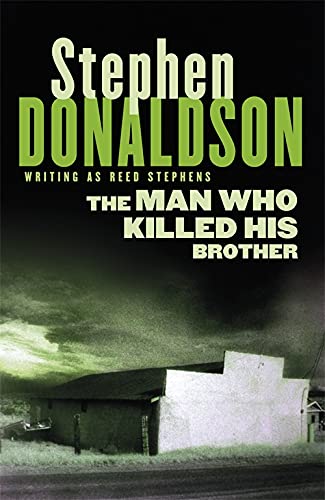 The Man Who Risked His Partner 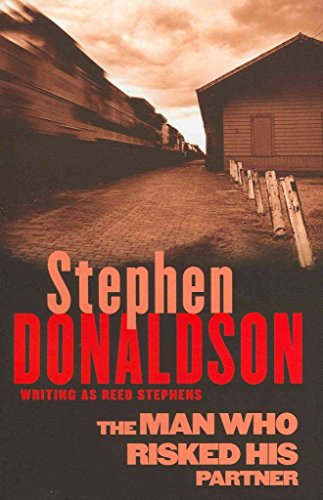 The Man Who Tried to Get Away 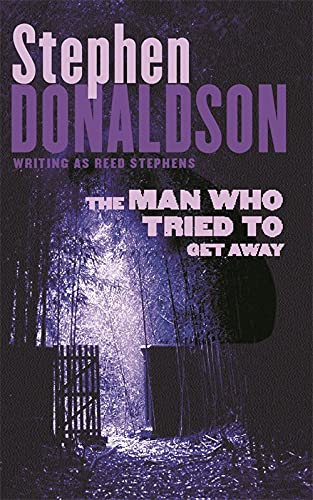 The Man Who Fought Alone 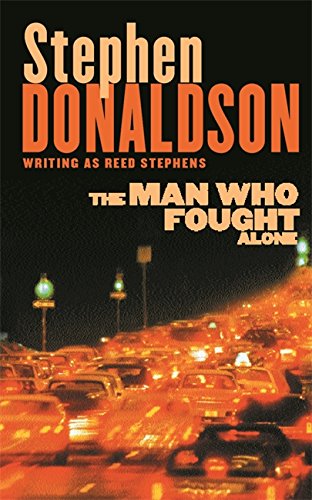