Sylvia Plath was a distinguished novelist, poet, and short-story writer. Her works explore themes such as self, loss, and nature which are closely tied to her personal experience. She is best known for her two published collections titled, Ariel and The Colossus and Other Poems.

While living in Winthrop, eight-year-old Sylvia Plath published her very first poem in the children’s section of Boston Herald’s. After a few years, Plath published numerous poems in regional newspapers and magazines.

In addition to writing, she also manifested early promise as an artist. In 1947, she obtained an award for her paintings from the Scholastic Art & Writing Award. Plath achieved even more substantial artistic and social success, but the inspiration behind her works came from the anxiety and depression that tormented her.

Over the next years, Sylvia underwent a period of psychiatric hospitalizations, suffered from severe depression, and eventually took her own life in February 1963. In 1982, she won a posthumous Pulitzer Prize for The Collected Poems.

Here are some of the most memorable Sylvia Plath quotes and sayings that reveals her thoughts and views regarding life, love, writing, art, and more.

1. “But life is long. And it is the long run that balances the short flare of interest and passion.” 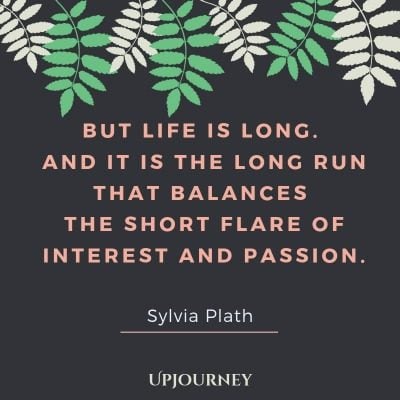 2. “It is as if my life were magically run by two electric currents: joyous positive and despairing negative – whichever is running at the moment dominates my life, floods it.”

3. “That is how it stiffens, my vision of that seaside childhood. My father died; we moved inland. Whereon those nine first years of my life sealed themselves off like a ship in a bottle – beautiful, inaccessible, obsolete: a fine, white, flying myth.”

5. “I want to live and feel all the shades, tones, and variations of mental and physical experience possible in my life. And I am horribly limited.”

6. “And by the way, everything in life is writable about if you have the outgoing guts to do it, and the imagination to improvise. The worst enemy to creativity is self-doubt.”

2. “There is so much hurt in this game of searching for a mate, of testing, trying. And you realize suddenly that you forgot it was a game, and turn away in tears.”

3. “I love people. Everybody. I love them, I think, as a stamp collector loves his collection. Every story, every incident, every bit of conversation is raw material for me.”

5. “Wear your heart on your skin in this life.” 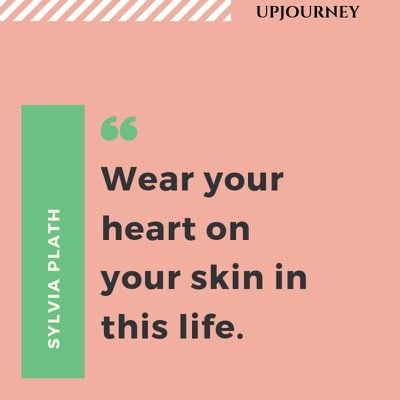 6. “What a man is is an arrow into the future, and what a woman is a place the arrow shoots off from.”

7. “How frail the human heart must be – a mirrored pool of thought.”

1. “Poetry, I feel, is a tyrannical discipline. You’ve got to go so far so fast in such a small space; you’ve got to burn away all the peripherals.” 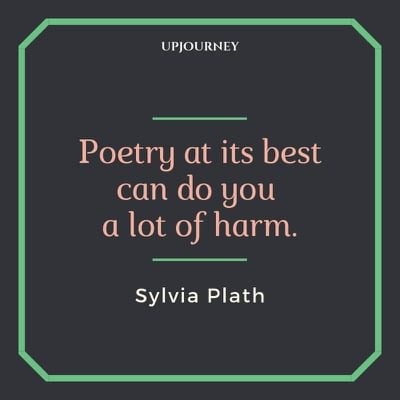 4. “The blood jet is poetry and there is no stopping it.”

6. “I remember that as I was writing a poem on ‘Snow’ when I was eight, I said aloud, I wish I could have the ability to write down the feelings I have now when I am little, because when I grow up, I will know how to write, but I will have forgotten what being little feels like.”

7. “Arrogant, I think I have written lines which qualify me to be The Poetess of America (as Ted will be The Poet of England and her dominions).”

8. “I want Books and Babies and Beef stews.”

9. “Didn’t you know I’m going to be the greatest, most entertaining author and artist in the world? Well, don’t feel badly, I didn’t either!”

10. “Since my woman’s world is perceived greatly through the emotions and the senses, I treat it that way in my writing – and am often overweighted with heavy descriptive passages and a kaleidoscope of similes.”

11. “I have felt great advances in my poetry, the main one being a growing victory over word nuances and a superfluity of adjectives.”

12. “I think my poems immediately come out of the sensuous and emotional experiences I have.”

1. “There is an increasing market for mental hospital stuff. I am a fool if I don’t relive it, recreate it.”

2. “I have the choice of being constantly active and happy or introspectively passive and sad.”

3. “Mountains terrify me – they just sit about; they are so proud.” 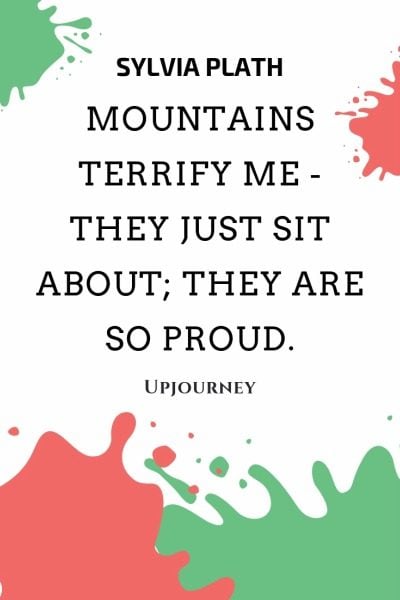 4. “When you are insane, you are busy being insane – all the time.”

5. “Every woman adores a Fascist.”

6. “My mother’s face floated to mind, a pale, reproachful moon, at her last and first visit to the asylum since my twentieth birthday. A daughter in an asylum! I had done that to her. Still, she had obviously decided to forgive me.”

7. “A little thing, like children putting flowers in my hair, can fill up the widening cracks in my self-assurance like soothing lanolin.”

9. “Believe in some beneficent force beyond your own limited self. God, god, god: where are you? I want you, need you: the belief in you and love and mankind.”

10. “Mother believed that I should have an enormous amount of sleep, and so I was never really tired when I went to bed. This was the best time of day, when I could lie in the vague twilight, drifting off to sleep, making up dreams inside my head the way they should go.”

12. “Perfection is terrible; it cannot have children.” 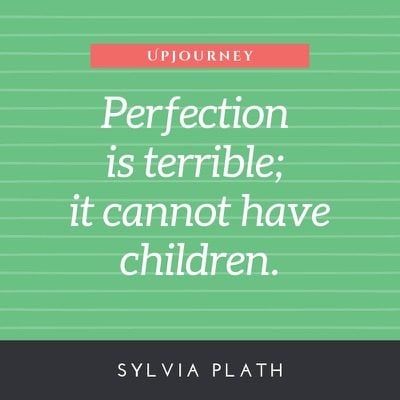 13. “Indecision and reveries are the anesthetics of constructive action.”

14. “I saw the gooseflesh on my skin. I did not know what made it. I was not cold. Had a ghost passed over? No, it was the poetry.”

16. “Excellent teachers showered on to us like meteors: Biology teachers holding up human brains, English teachers inspiring us with a personal ideological fierceness about Tolstoy and Plato, Art teachers leading us through the slums of Boston, then back to the easel to hurl public school gouache with social awareness and fury.”

17. “I don’t believe that the meek will inherit the earth; The meek get ignored and trampled.”

18. “In London the day after Christmas (Boxing Day), it began to snow: my first snow in England. For five years, I had been tactfully asking, Do you ever have snow at all? as I steeled myself to the six months of wet, tepid gray that make up an English winter. Ooo, I do remember snow, was the usual reply when I was a lad.”

19. “If I have not the power to put myself in the place of other people, but must be continually burrowing inward, I shall never be the magnanimous creative person I wish to be. Yet I am hypnotized by the workings of the individual, alone, and am continually using myself as a specimen.”

20. “Apparently, the most difficult feat for a Cambridge male is to accept a woman not merely as feeling, not merely as thinking, but as managing a complex, vital interweaving of both.”

21. “If you expect nothing from anybody, you’re never disappointed.” 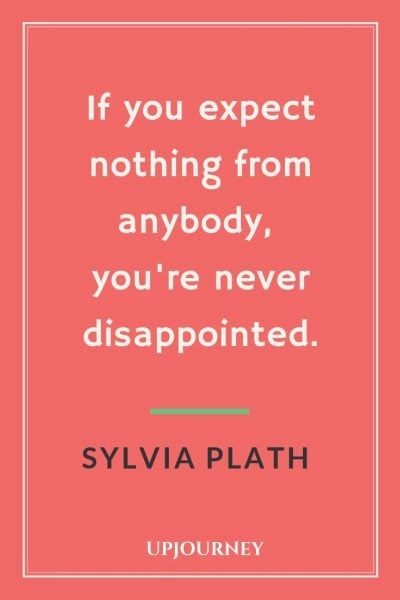 22. “For a time, I believed not in God nor Santa Claus, but in mermaids. They seemed as logical and possible to me as the brittle twig of a seahorse in the zoo aquarium or the skates lugged up on the lines of cursing Sunday fishermen – skates the shape of old pillowslips with the full, coy lips of women.”

23. “Perhaps when we find ourselves wanting everything, it is because we are dangerously close to wanting nothing.”

24. “Since my woman’s world is perceived greatly through the emotions and the senses, I treat it that way in my writing – and am often overweighted with heavy descriptive passages and a kaleidoscope of similes.”

25. “Everybody had to go to some college or other. A business college, a junior college, a state college, a secretarial college, an Ivy League college, a pig farmer’s college. The book first, then the work.”

27. “I made a point of eating so fast I never kept the other people waiting who generally ordered only chef’s salad and grapefruit juice because they were trying to reduce. Almost everybody I met in New York was trying to reduce.”

28. “When I was learning to creep, my mother set me down on the beach to see what I thought of it. I crawled straight for the coming wave and was just through the wall of green when she caught my heels.”

29. “I must discipline myself. I must be imaginative and create plots, knit motives, probe dialogue – rather than merely trying to record descriptions and sensations. The latter is pointless, without purpose, unless it is later to be synthesized into a story. The latter is also a rather pronounced symptom of an oversensitive and unproductive ego.”

30. “My mother had taught shorthand and typing to support us since my father died, and secretly she hated it and hated him for dying and leaving no money because he didn’t trust life insurance salesmen.” 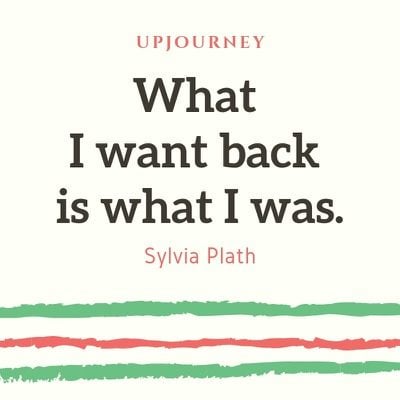 32. “Today is the first of August. It is hot, steamy and wet. It is raining. I am tempted to write a poem. But I remember what it said on one rejection slip: After a heavy rainfall, poems titled Rain pour in from across the nation.”

34. “I think that personal experience is very important, but certainly it shouldn’t be a kind of shut-box and mirror-looking, narcissistic experience. I believe it should be relevant, and relevant to the larger things, the bigger things, such as Hiroshima and Dachau and so on.”

36. “A baby! I hated babies. I, who for two and a half years had been the center of a tender universe, felt the axis wrench and a polar chill immobilize my bones. I would be a bystander, a museum mammoth.”

37. “I felt proud that the baby’s first real adventure should be as a protest against the insanity of world annihilation. Already a certain percentage of unborn children are doomed by fallout, and no one knows the cumulative effects of what is already poisoning the air and sea.”

38. “There must be quite a few things that a hot bath won’t cure, but I don’t know many of them.”

40. “I pass by people, grazing them on the edges, and it bothers me. I’ve got to admire someone to really like them deeply – to value them as friends.”

41. “I think the sea swallowed dozens of tea sets – tossed in abandon off liners or consigned to the tide by jilted brides. I collected a shiver of china bits, with borders of larkspur and birds or braids of daisies. No two patterns ever matched.”

42. “The sea was our main entertainment. When company came, we set them before it on rugs, with thermoses and sandwiches and colored umbrellas, as if the water – blue, green, gray, navy or silver as it might be – were enough to watch.”

43. “Freedom is not of use to those who do not know how to employ it.”

44. “My childhood landscape was not land but the end of the land – the cold, salt, running hills of the Atlantic. I sometimes think my vision of the sea is the clearest thing I own.”

45. “One should be able to control and manipulate experiences with an informed and intelligent mind.” 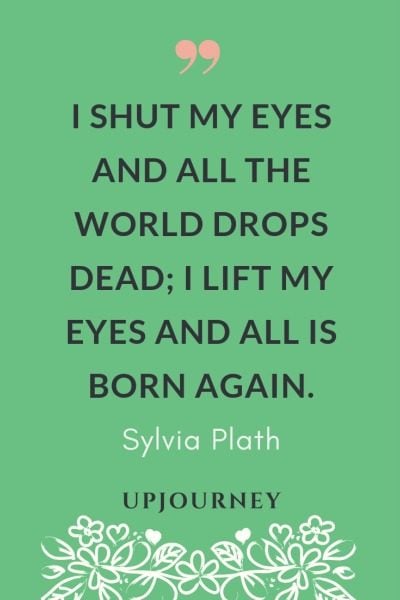 47. “Now and then, when I grow nostalgic about my ocean childhood – the wauling of gulls and the smell of salt, somebody solicitous will bundle me into a car and drive me to the nearest briny horizon.”

49. “I hope to submit to the little pamphlet magazines here ‘freelance’ and perhaps shall join the Labour Club, as I really want to become informed on politics, and it seems to have an excellent program. I am definitely not a Conservative, and the Liberals are too vague and close to the latter.”

50. “If I tried to describe my personality, I’d start to gush about living by the ocean half my life and being brought up on ‘Alice in Wonderland’ and believing in magic for years and years.”

If you would like to learn more about the works and writings of Sylvia Plath, we would suggest you read The Collected Poems. 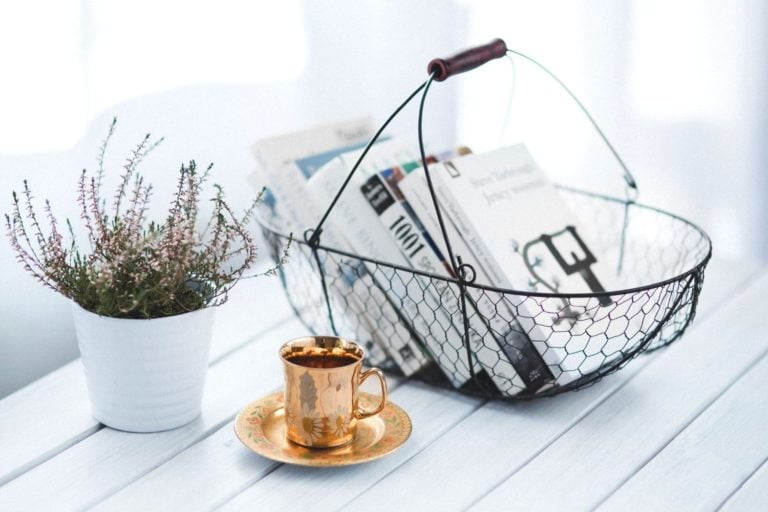 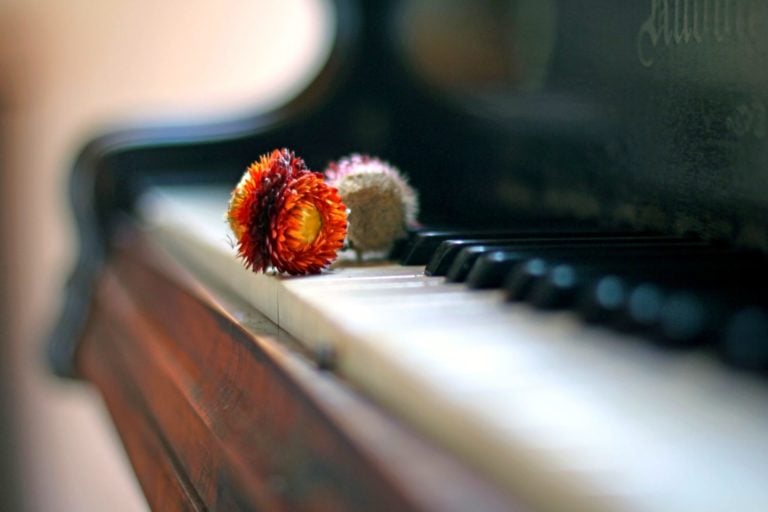 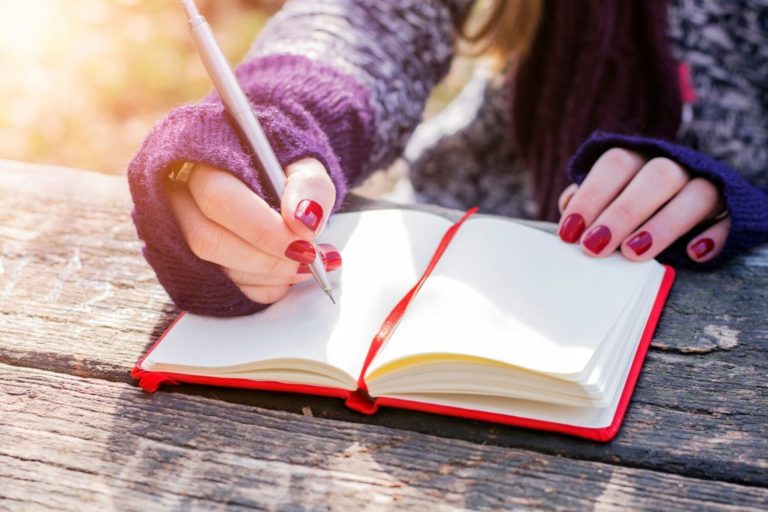 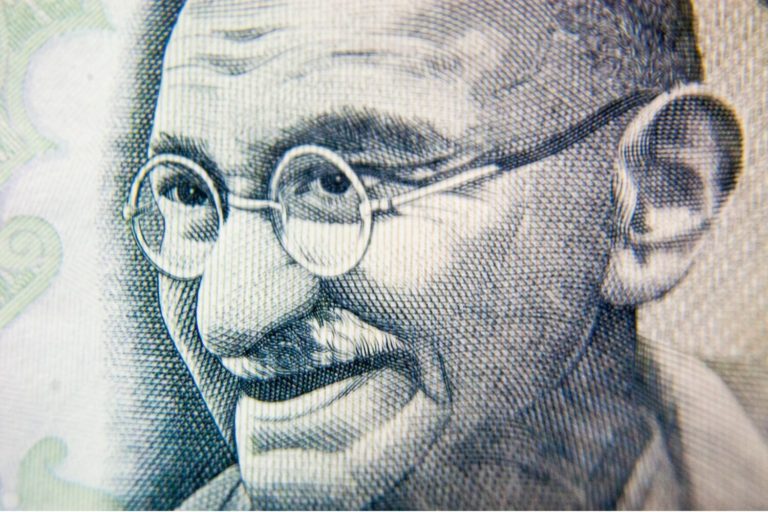 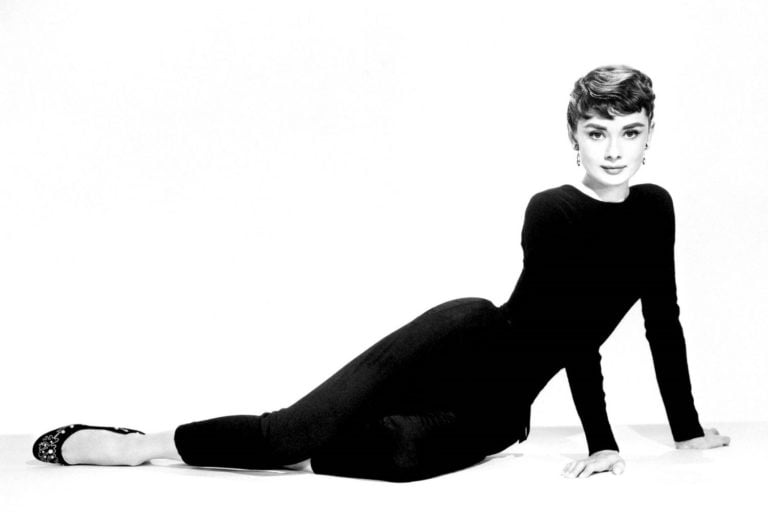 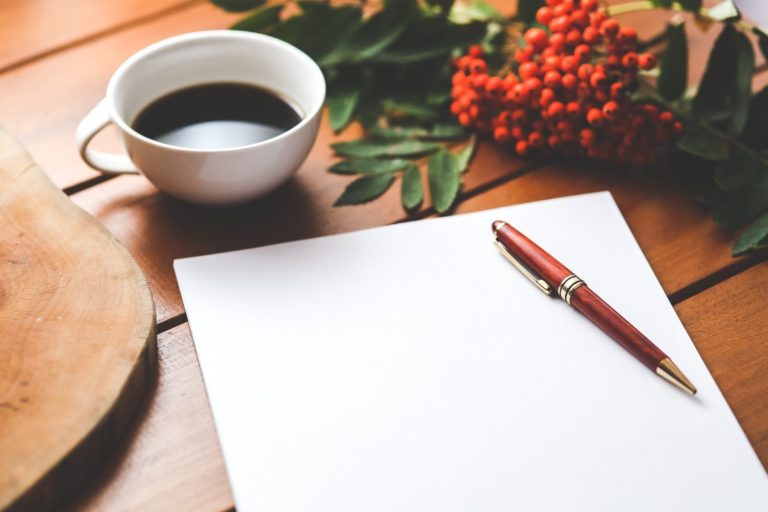