Terence Kemp McKenna was an American writer, lecturer, philosopher, and ethnobotanist, who supported the responsible use of psychedelic plants as a means of improving many forms of human awareness.

McKenna spoke and wrote about a variety of topics and viewpoints other than psychedelic plants and some of his favorite subjects to write included alchemy, culture, technology, philosophy, the environment, and languages among many others.

He had also written and published numerous books, and some of his noted works include Hallucinogens and the I Ching, The Invisible Landscape: Mind, The Archaic Revival, The Evolutionary Mind, Synesthesia, Food of the Gods, and many more.

Listed below are some of the best Terence McKenna quotes that show his views about life, nature, man, and much more.

1. “Animals are something invented by plants to move seeds around. An extremely yang solution to a peculiar problem which they faced.”

2. “The discs which haunt the skies of Earth indicate that the unconscious cannot be kept waiting forever. These things are going to have to be dealt with.”

4. “The imagination is the golden pathway to everywhere.” 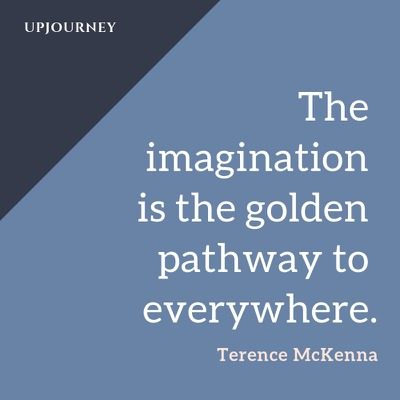 5. “In fact, I think when we carry out a complete analysis of time, I think what we’re going to discover is that like matter, time is composed of elemental, discrete types.”

6. “What is unusual about Earth is that language, literally, has become alive. It has infested matter. It is replicating and defining and building itself. And it is in us.”

8. “History is just this froth of artifact production that has appeared in the last ten to fifteen thousand years. It spread across the planet very quickly. But that mind in man just goes back and back into the darkness.”

9. “We are so much the victims of abstraction that with the Earth in flames we can barely rouse ourselves to wander across the room and look at the thermostat.”

10. “Without sounding too cliche, the Internet really is the birth of global mind.”

12. “That’s what a god is. Somebody who knows more than you do about whatever you’re dealing with.” 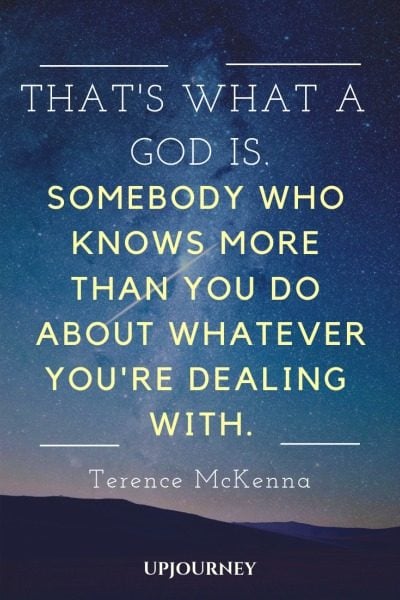 If you would like to discover more of Terence McKenna’s writings, we would suggest you read one of his famous books Food of the Gods: The Search for the Original Tree of Knowledge A Radical History of Plants, Drugs, and Human Evolution.