What are the benefits of knowing a second language?

Is being bilingual good for the brain?

We asked experts to provide some insights. 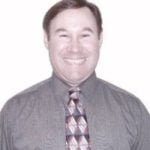 I had studied French in high school and in college and learned some Korean when studying karate as a young child. And have used these at times in the business world workplace and in school classrooms. And since becoming an educator, I’ve picked up some other languages to an extent along the way.

Something that’s helped me better interact and connect with students, faculty, staff, and others beyond the schools. So being able to even just say hello to people from all over in their native languages puts a smile on their face, sometimes even shocks them that I even know it, and immediately brings us closer together.

Thus, I have connections to bilingual education as somebody who’s studied a foreign language and has been in bilingual classrooms helping to teach and provide support. And I’ve personally witnessed the benefits from it.

One of the benefits of bilingual education is improved cognition

So learning and being immersed in multiple languages helps increase brain activity and expands your way of thinking or approaching things. For example, in one language, you might say “I give this book to you.” But the way another language looks at this is, “I give to you this book.” They both say the same thing but approach things in different ways.

Thus, being bilingual helps you see and better understand alternative approaches, which in the business world is extremely valuable! Something that’s directly related to problem-solving, conflict resolution, and creative thinking.

Another benefit is that students in bilingual education classes develop a closer connection to each other and learn to break down barriers. So when you mix English speakers with English language learners, they will tend to form a unit to help one another out. Thus, fostering a community feeling and sense of we’re a team.

Working together as a cohesive unit is extremely valuable in the working world. FYI, there have been studies that have concluded bilingual students have outperformed their monolingual counterparts on standard college admissions tests.

So too is embracing diversity by appreciating what other cultures bring to the table and what you bring. So bilingual education helps bridge the gap by bringing those from other cultures and languages together for the same purpose.

And in my experiences in bilingual classrooms, I’ve seen exactly how well the native speakers get along with those who are learning the language. And how they will all work together to help one another out.

So bilingual education helps students become more global in their thinking and better appreciate and interact with those from other cultures and speaking other languages.

Plus, how much fun they’re having in learning and using dual languages. I’ve also seen how much fun and how quickly the kids in elementary school, kindergarten on up, pick up a new language and enjoy every moment of it!

There are songs they’ll sing as they watch videos. Videos and songs that teach the language in a way that’s interactive, team-building, and where everybody is having a good time.

Bi-lingual education allows you to help others

Yet another benefit of bilingual education is the ability to help others, whether it’s in your family, friends, etc. So with your learning other languages and being immersed in dual-language programs, you will now have the ability to share that with others you encounter.

So kids in bilingual programs can go back home and educate their parents to help them learn the new language or become better with it. And in the working world, they can do the same thing. Plus, they will now better interact and communicate with coworkers, customers or clients, etc. 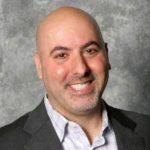 Being bilingual gives you additional value in the workplace

More knowledge always works as a bonus for you in one sense or another. The benefits of bilingual education not only help you to acquire additional value in the workplace but also being bilingual allows you an understanding of the various cultural diversities.

This, in turn, allows a better understanding of people and a society. Bilingualism can have a profound effect on your brain, improving cognitive skills, and broaden diverse scopes for you.

It has been already an admitted fact that the bilinguals are smarter and internationally preferred at well-recognized platforms.

The researchers believe that in the bilingual’s brain, both language systems are active even when he is using only one language, making them more responsive and brilliant.

Bilinguals tend to be: 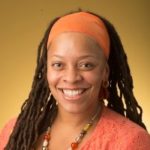 This is one of the things that as former faculty in higher education, we would discuss as an often deficit in many incoming first-year students.

The way the brain has to creatively process languages in order to speak with this larger linguistic repertoire demands a level of thinking that assists with the critical inquiry that is the focus of the growth mindset in higher education.

Something as simple as circumlocution in language can help a student to develop the skills needed to think about issues and challenges in their discipline with a sharper critical eye. 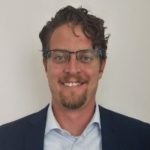 Apart from the fact that being bilingual opens the door to several exciting career opportunities and that bilingual Americans earn up to $7,000 more per year than monolingual Americans, the cognitive and developmental benefits of bilingual education are desirable too.

Studies have shown that children’s brains are like sponges.

During the first few years of life, all we do is absorb information. It’s constant input with no output—every waking minute of infancy is learning. However, as we age, we gradually become more resistant to new information.

We have more things on our plate, the gears are always turning, we’re set in our ways, and we already have a language that we use to describe the world around us.

This is why it’s recommended that we teach a foreign language at as early an age as possible. Once your brain knows how to fully describe what it sees, it’s like trying to teach an old dog new tricks—you want to start with a clean slate.

So, not only is it easier for children to learn multiple languages, but they enjoy the mental benefits that come with bilingualism for the rest of their lives.

It’s been shown that bilingual people get the following benefits:

The reason as to why bilingual and multilingual people tend to have better mental health than monolingual people is still largely up for speculation, but a few theories revolve around increased neural activity on a day-to-day basis.

The more fluent we are in a foreign language, the more connections and synapses occur between neurons, and there’s some science out there that suggests this neural activity is great for brain health.

In a humanistic sense, being bilingual allows you to make connections with people you may not have before. It opens you up to new cultures, ideas, and customs, too. 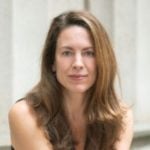 Thanks to major advances in brain research over the past decade, inspired largely by the AI industries, we now know the power of bilingualism.

We know that it correlates with intellectual strength in other areas, such as math and music and that it supports more effortless learning of additional languages. We know that it strengthens our mother tongue and the depth of our understanding of our own native grammatical structures.

The younger we learn other languages, the more complex our brain’s network of neurological connections

This means our brains are better equipped to tackle complex problems, navigate unfamiliar situations, and especially at executive functions such as organization and strategic planning.

What’s more, once you have become fluent in one non-native language, you are positioned to more easily learn another, and another. We are less fearful of new languages, and the brain’s bilingual complexity supports greater language agility.

Bilingualism, particularly if it involves one of the most widely spoken languages, such as Spanish or Mandarin, expands personal and professional networks which generate exponentially more opportunities across all areas of interest. 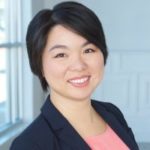 Therefore, there is constantly an invisible extra thinking process for a second language speaker than someone who only speaks one language.  These ongoing and invisible practices naturally help people to be agile in their “thinking speed.”

Because “the best way to tackle a second language is by conquering your first language.”

Decoding a second language without an insightful understanding of its culture is often misleading and has inevitable prejudice. Vice versa, the absence of a strong linguistic foundation can cause the cultural exhibition floating and empty without roots. Therefore, bilingual education encourages people to be more open-minded. 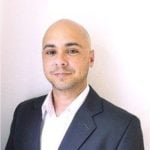 I have lived and worked in the United States for over 20 years, being bilingual has proven to be a feast for cultural appreciation and overall enrichment but I’ve never benefited financially from it.

What I am saying is that I have never been hired, or offered more salary simply because I speak a second language – not in the Financial Industry, not in Real Estate, not in International Logistics.

In most interviews, it becomes a point of trivia and makes for an interesting refugee inmigrant story. Yet it never played a role or was seen as an asset by the employer. My inmigrant story has however translated into an example of grit, overcoming difficulties, and resourcefulness; but never the case for my second language. 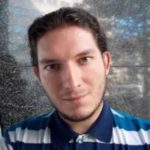 Researches show that bilingual kids are better at multitasking, decision making and problem-solving given their brain is “wired” to change languages frequently.

Knowing two or more languages on a native level leaves you with greater career options in the future. For instance, my friend was hired in a French marketing agency in Eastern Europe just because he was bilingual.

Having a bilingual education makes kids more aware of different cultures given they’re in contact with people who are often foreigners in the country they’re living. Learning about different cultures broadens up horizons and it’s almost beneficial as traveling is.