Vincent Willem van Gogh is considered the most celebrated Dutch post-impressionist painter who is among the most influential and prominent figures in the history of Western art.

He painted about 2,100 artworks in just over a decade, including around 860 oil paintings. They include still lifes, landscapes, portraits of other people and self-portraits as well. His art is distinguished by bold colors and expressive and dramatic brushwork that contributed to the foundations of modern art. Despite his unrelenting talent, he was not commercially successful during his time.

Van Gogh had a short and turbulent life and suffered from delusions and psychotic episodes. Though he worried about his mental stability, he often disregarded his physical health, drank heavily, and did not eat regularly. During one of his seizures, he cut off his left earlobe which he later offered to a woman at a local brothel.

His depression continued, and on 27th of July 1890, Van Gogh shot himself in the chest and died from his injuries two days after. Though he was unsuccessful during his lifetime and was considered a madman and a failure by most people, Van Gogh is now deemed as one of the most talented artists of all time. Not only that, his works are among the world’s most valuable and prized paintings to have ever sold at auction.

We have compiled some of the most memorable Vincent Van Gogh quotes and sayings that show his thoughts and views regarding life, art, night, and many more.

1. “If you hear a voice within you say ‘you cannot paint,’ then by all means paint, and that voice will be silenced.”

2. “Paintings have a life of their own that derives from the painter’s soul.”

3. “Painting is a faith, and it imposes the duty to disregard public opinion.”

4. “An artist needn’t be a clergyman or a churchwarden, but he certainly must have a warm heart for his fellow men.”

5. “Poetry surrounds us everywhere, but putting it on paper is, alas, not so easy as looking at it.”

6. “A good picture is equivalent to a good deed.” 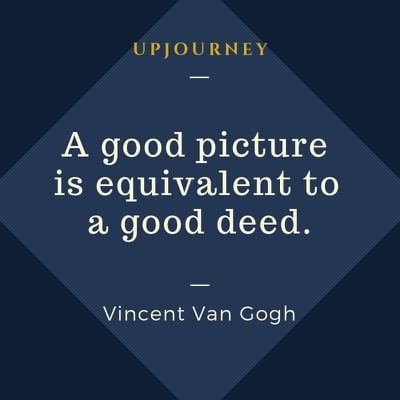 8. “I see drawings and pictures in the poorest of huts and the dirtiest of corners.”

2. “Great things are done by a series of small things brought together.” 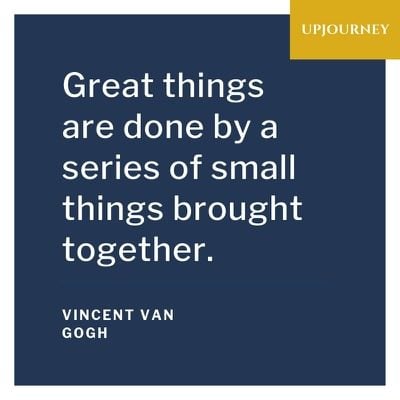 3. “One must work and dare if one really wants to live.”

4. “How can I be useful, of what service can I be? There is something inside me, what can it be?”

5. “Do not quench your inspiration and your imagination; do not become the slave of your model.”

6. “What would life be if we had no courage to attempt anything?”

1. “I often think that the night is more alive and more richly colored than the day.”

2. “For my part, I know nothing with any certainty, but the sight of the stars makes me dream.” 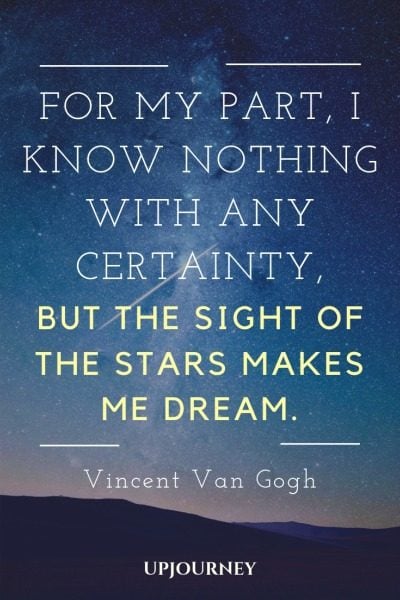 3. “When I have a terrible need of – shall I say the word – religion. Then I go out and paint the stars.”

1. “I am still far from being what I want to be, but with God’s help I shall succeed.”

3. “There may be a great fire in our hearts, yet no one ever comes to warm himself at it, and the passers-by see only a wisp of smoke.”

4. “The more I think about it, the more I realize there is nothing more artistic than to love others.”

5. “I can very well do without God both in my life and in my painting, but I cannot, suffering as I am, do without something which is greater than I am, which is my life, the power to create.” 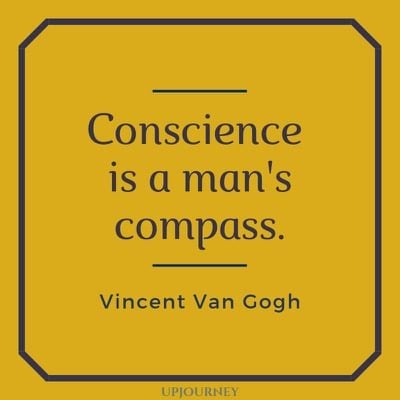 7. “If boyhood and youth are but vanity, must it not be our ambition to become men?”

8. “One may have a blazing hearth in one’s soul and yet no one ever came to sit by it. Passers-by see only a wisp of smoke from the chimney and continue on their way.”

If you would like to know more about the life and work of Vincent Van Gogh, we would suggest you read Van Gogh: The Life by Steven Naifeh and Gregory White Smith.