Most of us grew up experiencing the magic of Disney’s creations. From Mickey and his friends to the Disney Princesses, these films are already a part of our childhood.

But did you know that before all of these timeless characters became widely popular, the creator had very few supporters and endured a lot of rejections? He was even discharged by a news editor because “he lacked imagination” and “had no good ideas.”

However, that did not stop him from following his passion in life and instead persevered until he eventually found the recipe for success.

His name was Walter Elias Disney. Disney was a famous American animator, entrepreneur, film producer, and voice actor. He was an innovator in the world of animation and achieved recognition for his ability to captivate and entertain both adults and children with his animations and films.

He was known for making huge risks, and some people thought he was mad to think that grown-ups would sit through and watch a full-length cartoon musical. But he disregarded all the negative comments and held on with his aspirations — and then, the rest is history.

Walt Disney never gave up on his dreams and eventually sowed the rewards of diligence. Here are the top 57 Walt Disney quotes and sayings that will inspire you to reach for your goals and show you that hard work pays off.

1. “I’d say it’s been my biggest problem all my life… it’s money. It takes a lot of money to make these dreams come true.”

2. “I would rather entertain and hope that people learned something than educate people and hope they were entertained.” 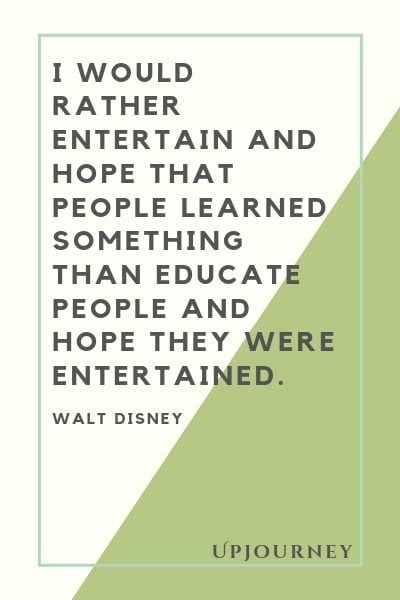 3. “You can design and create, and build the most wonderful place in the world. But it takes people to make the dream a reality.”

4. “Mickey Mouse popped out of my mind onto a drawing pad 20 years ago on a train ride from Manhattan to Hollywood at a time when business fortunes of my brother Roy and myself were at lowest ebb and disaster seemed right around the corner.”

5. “When you’re curious, you find lots of interesting things to do.”

6. “A man should never neglect his family for business.”

7. “Of all the things I’ve done, the most vital is coordinating those who work with me and aiming their efforts at a certain goal.”

8. “We allow no geniuses around our Studio.”

9. “I am not influenced by the techniques or fashions of any other motion picture company.”

11. “The way to get started is to quit talking and begin doing.” 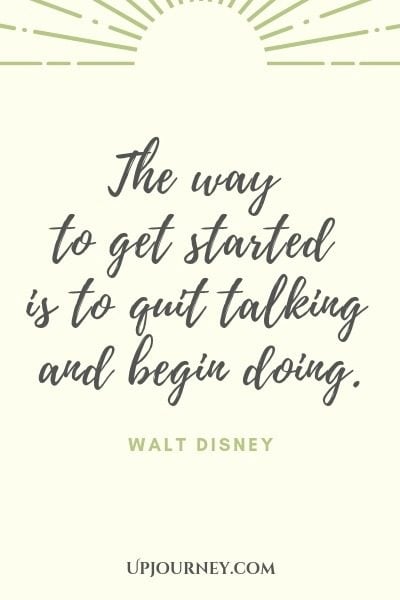 12. “I never called my work an ‘art’. It’s part of show business, the business of building entertainment.”

2. “We believed in our idea – a family park where parents and children could have fun- together.”

3. “All the adversity I’ve had in my life, all my troubles and obstacles, have strengthened me…”

5. “All your dreams can come true if you have the courage to pursue them.” 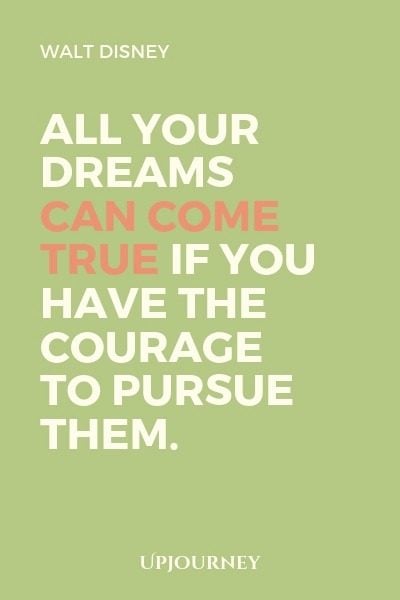 6. “Times and conditions change so rapidly that we must keep our aim constantly focused on the future.”

7. “When you believe in a thing, believe in it all the way, implicitly and unquestionable.”

Related: Famous and Inspirational Quotes And Sayings About Courage

1. “I have been up against tough competition all my life. I wouldn’t know how to get along without it.”

2. “I have no use for people who throw their weight around as celebrities, or for those who fawn over you just because you are famous.”

4. “I always like to look on the optimistic side of life, but I am realistic enough to know that life is a complex matter.” 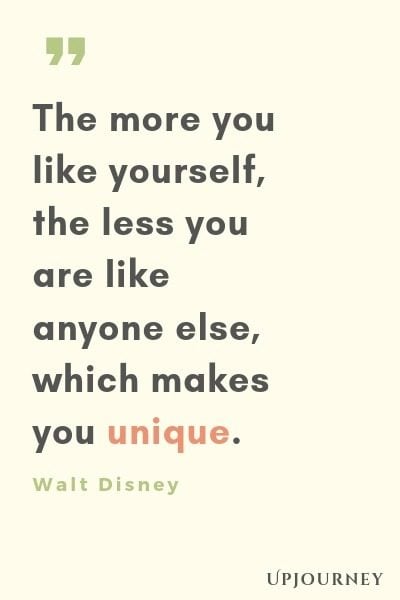 6. “You may not realize it when it happens, but a kick in the teeth may be the best thing in the world for you.”

7. “I only hope that we don’t lose sight of one thing – that it was all started by a mouse.”

1. “We did it Disneyland, in the knowledge that most of the people I talked to thought it would be a financial disaster – closed and forgotten within the first year.”

2. “Disneyland is the star, everything else is in the supporting role.” 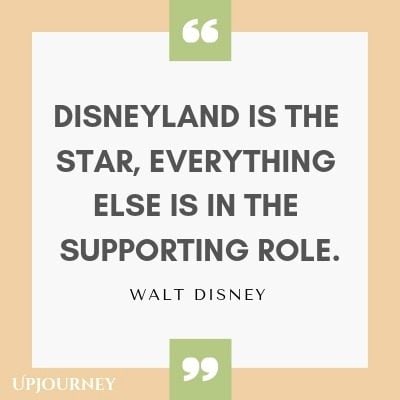 4. “Disneyland will never be completed. It will continue to grow as long as there is imagination left in the world.”

5. “Disneyland is a work of love. We didn’t go into Disneyland just with the idea of making money.”

1. “People still think of me as a cartoonist, but the only thing I lift a pen or pencil for these days is to sign a contract, a check, or an autograph.”

2. “We are not trying to entertain the critics. I’ll take my chances with the public.” 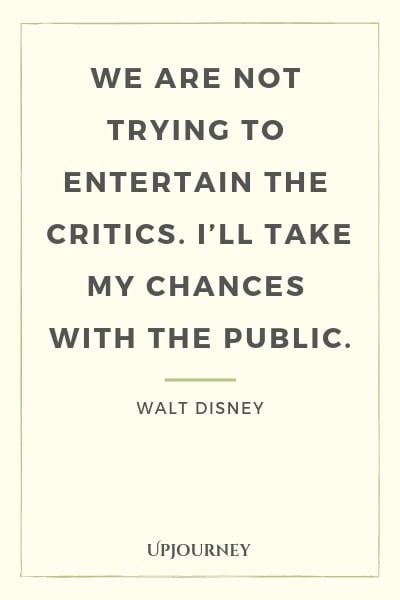 3. “Whenever I go on a ride, I’m always thinking of what’s wrong with the thing and how it can be improved.”

4. “There’s nothing funnier than the human animal.”

5. “Animation can explain whatever the mind of man can conceive. This facility makes it the most versatile and explicit means of communication yet devised for quick mass appreciation.”

6. “When people laugh at Mickey Mouse, it’s because he’s so human; and that is the secret of his popularity.”

7. “Animation offers a medium of storytelling and visual entertainment which can bring pleasure and information to people of all ages everywhere in the world.”

9. “There is more treasure in books than in all the pirate’s loot on Treasure Island.”

10. “Laughter is America’s most important export.”

11. “Crowded classrooms and half-day sessions are a tragic waste of our greatest national resource – the minds of our children.”

12. “All cartoon characters and fables must be an exaggeration, caricatures. It is the very nature of fantasy and fable.” 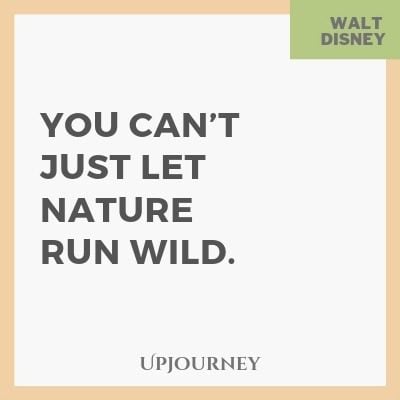 14. “Or heritage and ideals, our code and standards – the things we live by and teach our children – are preserved or diminished by how freely we exchange ideas and feelings.”

15. “Movies can and do have tremendous influence in shaping young lives in the realm of entertainment towards the ideals and objectives of normal adulthood.”

16. “I love Mickey Mouse more than any woman I have ever known.” 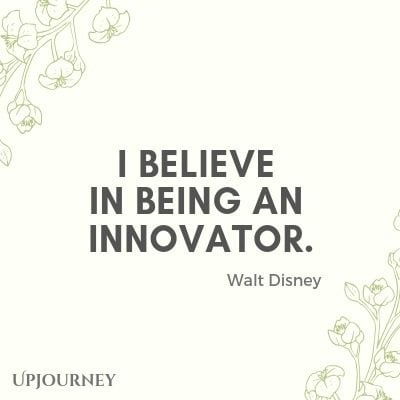 19. “You’re dead if you aim only for kids. Adults are only kids grown up, anyway.”

20. “I try to build a full personality for each of our cartoon characters – to make them personalities.”

21. “Animation is different from other parts. Its language is the language of caricature. Our most difficult job was to develop the cartoon’s unnatural but seemingly natural anatomy for humans and animals.”

22. “I started, actually, to make my first animated cartoon in 1920. Of course, they were very crude things then and I used sort of little puppet things.”

23. “Of all of our inventions for mass communication, pictures still speak the most universally understood language.” 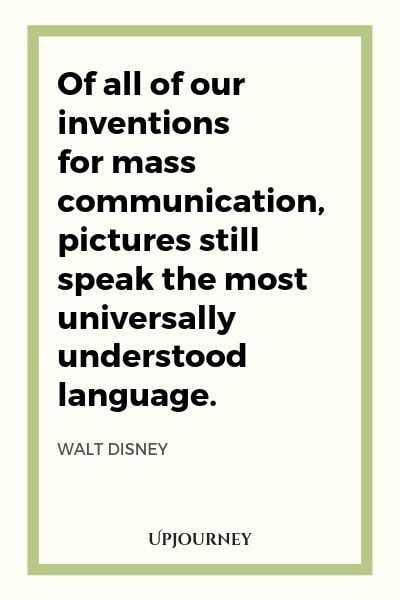 24. “We have created characters and animated them in the dimension of depth, revealing through them to our perturbed world that the things we have in common far outnumber and outweigh those that divide us.”

25. “It’s no secret that we were sticking just about every nickel we had on the chance that people would really be interested in something totally new and unique in the field of entertainment.”

26. “I don’t like formal gardens. I like wild nature. It’s just the wilderness instinct in me, I guess.”

If you wish to know more about the life and journey of Walt Disney towards success, we would suggest you read, Walt Disney: The Triumph of the American Imagination by Neal Gabler.