Wayne Douglas Gretzky is a former professional ice hockey player, a former head coach, and is also one of Canada’s most beloved hockey players. Gretzky’s hard work and talent earned him a well-deserved nickname – The Great One.

A lot of players and sportswriters refer to him as the greatest hockey player of all time, and for a good reason, as Gretzky is the leading scorer in the history of National Hockey League (NHL), with more goals and assists than any other player.

Gretzky’s strength and size were considered below average for the NHL standards, so he wasn’t given too much attention and credit at first. In spite of all this, he proved that strength and size are not the only parameters in becoming a great player.

He is a living proof that if you work hard in pursuing your passion and doing something you genuinely love, you can achieve greatness, no matter what other people might say. Gretzky knew how to combine cleverness, ability, and skills.

Here are the top 26 Wayne Gretzky quotes and sayings that will inspire you to work harder on achieving your goals.

2. “Listen, everything I have in my life is because of the NHL and because of hockey, and I love the game and I loved every minute of being a player, I loved coaching, I loved being involved in the NHL.”

3. “By no means could I play at the level of these kids who play in the NHL now but as 50-year-olds go, I feel really good and I feel blessed that I’m still healthy.”

4. “Ninety percent of hockey is mental and the other half is physical.” 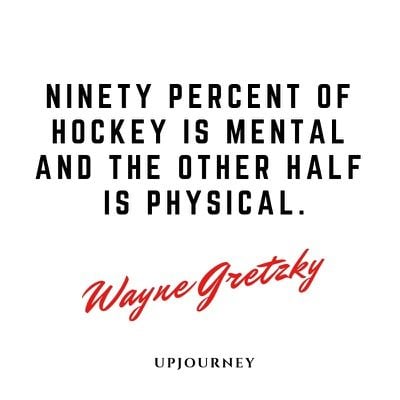 5. “I don’t like my hockey sticks touching other sticks, and I don’t like them crossing one another, and I kind of have them hidden in the corner. I put baby powder on the ends. I think it’s essentially a matter of taking care of what takes care of you.”

6. “I couldn’t beat people with my strength; I don’t have a hard shot; I’m not the quickest skater in the league. My eyes and my mind have to do most of the work.”

7. “It’s an honor and a thrill and a privilege just to play in the NHL.”

9. “Hockey is a unique sport in the sense that you need each and every guy helping each other and pulling in the same direction to be successful.”

1. “I knew at a young age, whether I was playing baseball or hockey or lacrosse, that my teammates were counting on me, whether it be to strike the last batter out in a baseball game or score a big goal in a hockey game.”

2. “I wasn’t naturally gifted in terms of size and speed; everything I did in hockey I worked for, and that’s the way I’ll be as a coach.”

3. “I think that from the time you start playing sports as a child you see that your responsibility to your team is to play the best that you can play as an individual… and yet, not take anything away from being part of a team.” 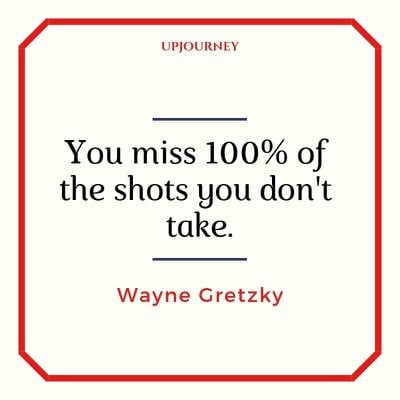 5. “I get a feeling about where a teammate is going to be. A lot of times, I can turn and pass without even looking.”

1. “Procrastination is one of the most common and deadliest of diseases and its toll on success and happiness is heavy.” 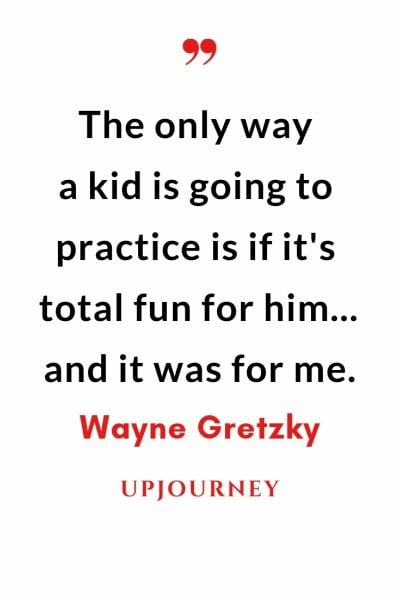 3. “The highest compliment that you can pay me is to say that I work hard every day, that I never dog it.”

1. “Most people marry their mother. I married my father.”

2. “And people who know me would tell you that away from hockey I’m really not that competitive.”

3. “I’m very proud of our NHL players. I think they all handle themselves extremely well and they all work really hard.” 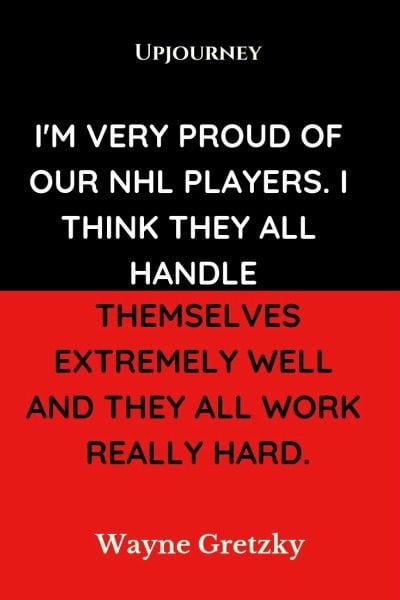 4. “When I was 5 and playing against 11-year-olds, who were bigger, stronger, faster, I just had to figure out a way to play with them.”

8. “My kids are no different than anyone else’s – they tend to disagree with everything I say!”

9. “The biggest difference between L.A. and Edmonton was that instead of people looking at me I was looking at them.”

If you would like to know more about the life journey of Wayne Gretzky, we would suggest you read 99: Gretzky: His Game, His Story by Al Strachan.